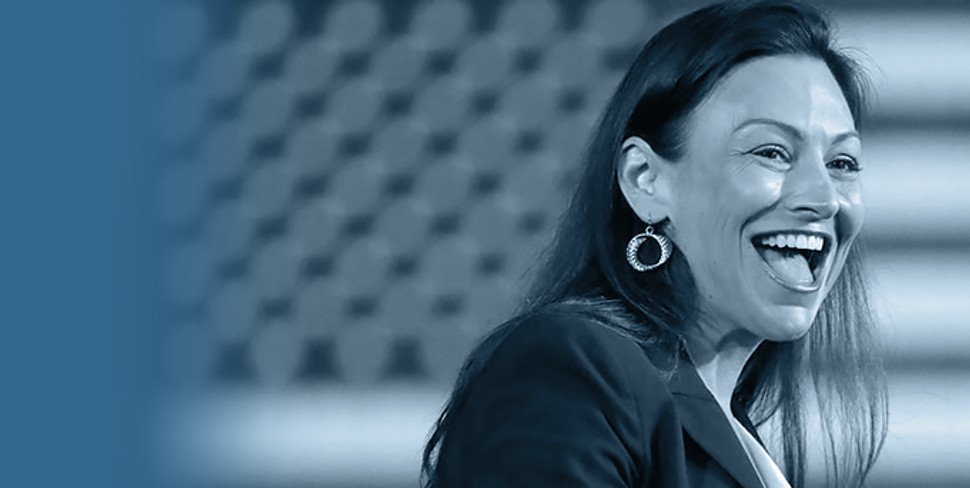 Nicole “Nikki” Fried, who will become the state’s Commissioner of Agriculture and Consumer Affairs, won her first political race just as improbably: by picking a fight with the National Rifle Association and its iconic state lobbyist — a 79-year-old grandma who carries a gun in her pocketbook. And as she takes office, Fried shows no signs of letting up on the NRA.

In the days leading up to the November 6 midterm election, Fried’s race was overshadowed by the effort of Democrat Andrew Gillum, the dynamic young African-American mayor of Tallahassee, to become governor; and U.S. Senator Bill Nelson’s attempt to hold his seat for the Democrats.

Both lost, while Fried narrowly won her race to head the state’s Agriculture Commission, which, in one of those Florida quirks, happens to be the agency that oversees concealed-carry gun permits. She became the first Democrat in 12 years to win a state office. And, to the surprise of many, she did it in part by taking on the state’s powerful gun lobby.

It’s almost impossible to pinpoint exactly what tipped the balance in her favor. It may have helped that she is Jewish, and a woman. But her unprecedented decision to confront the NRA head-on is “the most intriguing issue to look at,” said Donald Davison, a political scientist at Rollins College in Winter Park.

The message for Florida was equally dramatic. “It’s a testament to how different the world is,” said Democratic strategist Steven Schale. “Guns are no longer the third rail of Florida politics,” and state elections will never be the same.

The daughter of a Republican father and a Democratic mother, Nikki Fried attended Jewish day school at Temple Beth Am in Miami, where she was bat mitzvahed and confirmed, and was active in BBYO activities. She’s made three trips to Israel, including a B’nai B’rith summer study program. Although not now a congregation member, she attends High Holiday services with her parents at their Palm Beach congregation, and says Judaism has “absolutely” shaped her public career.

“When we see an injustice in the world, or a moral wrong, then we have an obligation to stand up for what’s right,” she said. “That’s what I’ve been doing my whole life – giving a voice to people who don’t have one.”

Fried earned her law degree from the University of Florida and later, in Tallahassee, she lobbied for medical marijuana and dependent children with disabilities. She also served as a public defender. She jumped into the race for Agricultural Commissioner out of frustration with the Republican governor and legislators on two issues: blocking implementation of an overwhelming statewide vote supporting medical marijuana, and dragging their heels on meaningful gun control.

Few states have been as firmly under the NRA’s thumb as Florida. In a March 5, 2018, New Yorker article titled “The NRA Lobbyist Behind Florida’s Pro-Gun Policies,” Mike Spies described Marion Hammer, the grandmother who’s the executive director of the organization’s 300,000-member Florida chapter, as “the most influential gun lobbyist in the United States.” Hammer essentially wrote both versions of the state’s infamous “Stand Your Ground” laws, one of which was cited in the Trayvon Martin case.

A former national NRA president, Hammer is also a big part of the reason why there are 1.8 million Floridians with “concealed-carry” permits, the largest number in the nation, ahead of Pennsylvania (1.3 million) and Texas (1.2 million). The permit allows them to carry weapons anywhere except government agencies, schools and colleges, polling places and airports and passenger rail stations.

In most states, gun permitting is under the auspices of law enforcement agencies, which keep track of criminal activities. But in Florida, gun permitting is under the control the Agriculture Commission because in 2002, Hammer and the NRA drafted a bill shifting the function from the Department of State to the Agriculture Commission. The reason, Hammer told the Tampa Bay Times, was “to be sure the program was protected.” Hammer exercised the NRA’s influence in recent years at the program’s new home, through direct pressure on the Republican Agriculture Commissioner, Adam Putnam. He had bragged that he was “a proud NRA sellout.”

However, by the time Fried entered the Agricultural Commissioner’s race, tragedy and scandal had dramatically shifted the political landscape around Florida’s gun control debate. She announced her candidacy June 18, four months after 17 students and staff at Marjory Stoneman Douglas High School in Parkland were shot to death, and another 17 were wounded. A lone gunman, Nikolas Cruz, a 19-year-old former student, was charged. Federal authorities said the semi-automatic weapon he used in the attack was purchased legally, following an instant FBI background check.

Because he was under 21, Cruz was ineligible for a concealed weapons carry permit, but that did not slow the outraged calls for gun control, with nearly two million such permits issued in Florida.

“After Parkland, people were starting to demand action,” Fried said in a recent telephone interview. “No longer could we sit back and let the gun lobby dictate gun policy.”

The NRA’s control over the Agriculture Commission, and thus over concealed-carry permits, would be a thing of the past if Floridians elected Fried, she told voters.

Fried’s GOP opponent was Matt Caldwell, 37, a real estate appraiser and a member of the Florida House of Representatives. During the campaign he liked to be filmed and photographed wearing a cowboy hat and holding a shotgun. He was endorsed by Hammer and received an A+ NRA rating, in part for opposing a watered-down, Republican-sponsored gun control bill passed after the Parkland shooting. Caldwell outraised Fried by $3.5 million. Of course, Fried had to reassure voters that she was not against guns, or the proper use of concealed carry permits. In her one televised debate with Caldwell on a Miami television station, she noted that she was a gun owner herself, with a concealed weapon permit for a revolver she keeps in her apartment unless she is traveling.

Fried got support from groups like Michael Bloomberg’s Everytown for Gun Safety ($1.8 million late in the campaign, adding to more than $2 million for Fried and two other Democratic candidates for the cabinet); GiffordsPAC, founded by former U.S. Rep. Gabby Giffords and her husband, former astronaut Mark Kelly; and the Brady Campaign.

During the campaign, there was no indication that Fried’s focus on gun control was gaining traction among voters.

But before long, Fried would have more ammunition in her battle with Hammer. On September 21, the Tampa Bay Times published another expose, this one including copies of heavy-handed, sometimes bullying email traffic from Hammer to officials within the agriculture commissioner’s office. She gave them peremptory orders, sometimes at home after hours and on weekends, demanding immediate responses. Acting as though the commission was a wholly-owned NRA subsidiary, she ordered them to reexamine denials to some permit applicants.

Responding in an Oct. 1, 2018, tweet, Fried wrote: “I have a message for the @NRA: Your control over concealed weapons permits is finished. As Commissioner of Agriculture, I won’t be beholden to you—but to the people of Florida.”

Broward County, Fried’s home, “is where the Parkland shooting occurred and was an exceptionally important issue to many voters in that county,” said University of Central Florida political scientist Aubrey Jewett. “Whether it was the gun issue, or being the ‘favorite daughter’ candidate, or being Jewish, Broward really seems to have played a critical role in Fried’s victory.”

In her victory statement, Fried declared, “In me, you have a Commissioner of Agriculture who will put science before politics and put our waterways first, who will ensure full background checks are completed on gun permits, and who will be a fierce advocate for expanding access to medical marijuana for suffering Floridians.”

One of Fried’s first acts after her election was to put a parent of a Parkland victim on her transition team.

“I was sending a message that we have taken down the NRA…which has stifled debate when it comes to gun policy,” she said in the interview. “Without them we could actually debate the policy without becoming concerned about repercussions from the NRA.”

With Fried about to take control at the Agriculture Commission, Hammer has urged GOP legislators to shift the weapons permitting function to the office of the state’s Chief Financial Officer, an elected Republican. But Fried may have outmaneuvered Hammer once again.

On November 29, Democratic State Senator Lauren Book, of Hollywood, introduced a bill — with Fried’s backing — that would transfer gun permitting to the agency where most states house it: the Department of Law Enforcement. This move would be certain to tighten scrutiny on applicants for the permits, and, equally important, be insulated from NRA pressure.

Marion Hammer declined to say whether she was surprised by the race’s outcome, claiming in an interview that the NRA hadn’t analyzed it yet. She was hurt, she allowed, by the tenor of Fried’s campaign: “She was enjoying herself attacking me and the NRA,” Hammer pouted.

Fried’s political lesson for the state – and the nation – in confronting the NRA on gun control is clear, said Dick Batchelor, former Democratic state legislator and political consultant: “She took the issue on – and beat ’em.”

Orlando-based journalist Mark I. Pinsky, covers Florida politics and is the author of author of A Jew Among the Evangelicals: A Guide for the Perplexed.