Who was that alone on the bimah on Shabbat? The (non-Jewish) governor of Massachusetts. 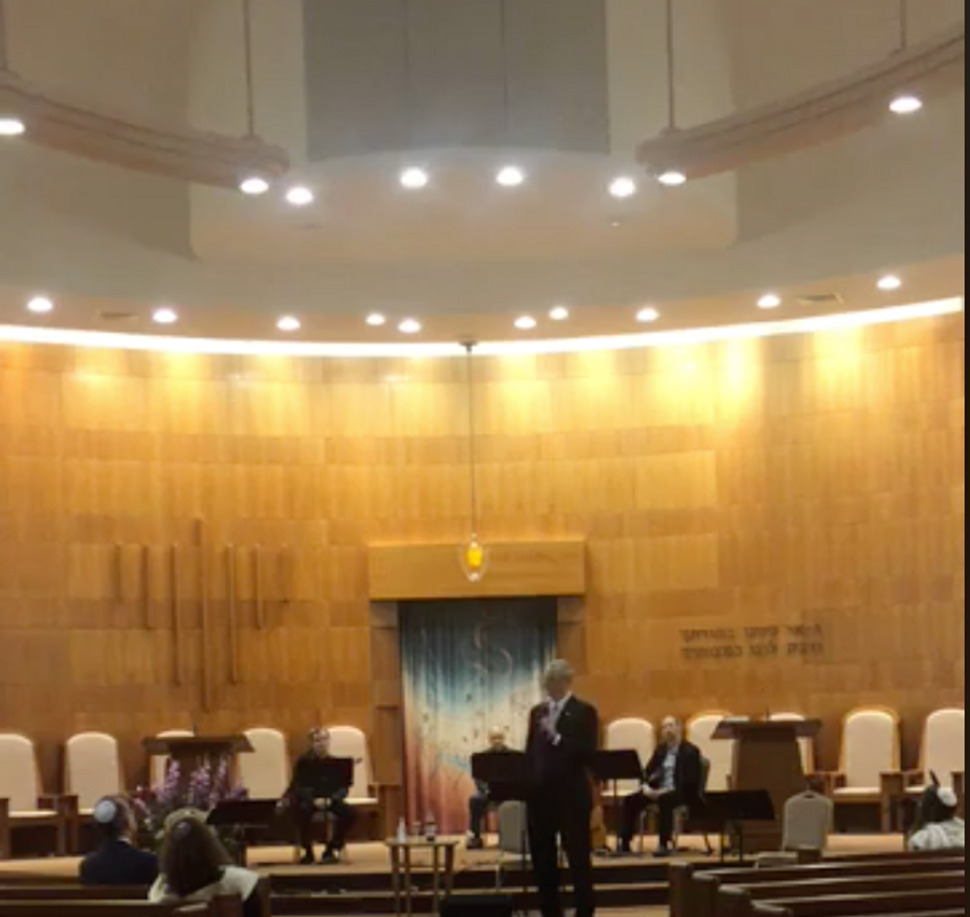 It’s not every Shabbat that the governor of a state gives the sermon at a local synagogue. It’s even more unusual when he’s speaking to a near-empty sanctuary.

But that’s what happened last Friday night, March 20 at Temple Emanuel in Newton, Mass., one of the myriad ways Shabbat is changing in the coronavirus era. And what Gov. Charlie Baker, who is not Jewish, had to say was the Shabbat message so many Jews are feeling.

As just a handful of congregants watched from a safe social distance, the governor, a Republican who has been in office since 2015, spoke about the challenge of separation.

“In some ways, I think one of the cruelest elements of this virus that we’re dealing with these days is the profound contagiousness of it,” Baker said, “and the fact that to deal with it one of the things we do is we separate ourselves from some of those traditional moments at our gatherings that are made up in many cases of hugs, kisses, and high-fives, and group hugs, and special, personal, and in some ways intimate and physical moments, and I’m glad that your congregation has a chance to at least pull themselves in a little bit in this temple, which I’m sure means so much to them – all the time, but especially now.

“What I really want to say to you is God bless you and thank you for what you do, who you are, and what you mean to so many people here in Massachusetts, who are part of our larger community.”

The service, which was live-streamed on Temple Emanuel’s Facebook page, attracted close to 1,000 viewers. (The governor’s remarks begin at 44:06).

“Our hearts are so full,” wrote congregant Bonnie Greenberg in the comments section. “Gov Baker shared from his heart and was very moving. In these times it was crucial to hear that support and leadership. So proud of our clergy. We sang with you. Shabbat Shalom.”

Who was that alone on the bimah on Shabbat? The (non-Jewish) governor of Massachusetts.