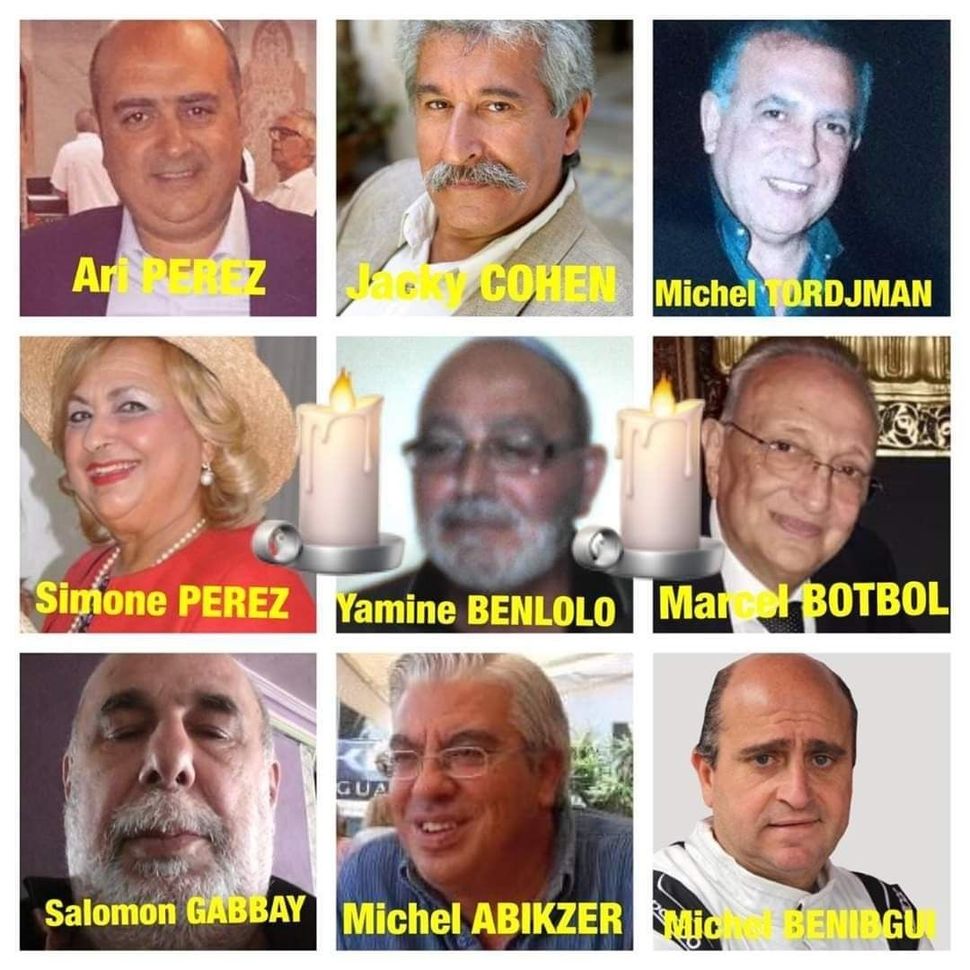 Memorial photos of Jews in Morocco felled by COVID-19

The COVID-19 pandemic has ripped through Morocco’s close-knit Jewish community, claiming at least 14 lives. Though less than 1 percent of Morocco’s total population, Jews represent more than 10 percent of the country’s total coronavirus deaths.

“It’s a huge number when it comes to a community of 2,000 people,” said community member Abdou Ladino.

Community leaders have traced the outbreak to a wedding in the southern beach town of Agadir more than a month ago. They believe the virus was unknowingly brought over from Strasburg, the hardest hit region of France, by some of the French-Moroccan Jews in attendance at the wedding.

It continued to spread in Casablanca, where the majority of Morocco’s Jewish population lives. Some of the infected wedding celebrants attended Purim celebrations a week after the wedding at David Ha-Melech synagogue there.

Among the dead are a family of noted philanthropists, relatives of Amir Peretz, the current leader of Israel’s Labor Party, as well as two rabbis, Rabbi Shalom Edelman and Rabbi Binyamin Benlolo.

Rabbi Benlolo was a teacher in the local Hebrew School, and one of Morocco’s few mashgichim, or kosher inspectors. He worked in a kosher pastry shop.

“He was a person who had so much to offer,” Ladino said. “By losing him we have lost part of the memory of the Jewish culture in Morocco”

Rabbi Edelman was one of the very first emissaries of the Lubavitcher Rebbe, Menachem Mendel Schneerson. He was sent by Rabbi Schneerson to Morocco in 1959, to support the very first international Chabad house, established in 1950 when the Moroccan Jewish community still numbered more than 100,000.

Edelman served the community of Casablanca for over sixty years. He established a center for religious learning and trained generations of rabbis, including Rabbi Shlomo Amar, who served as Israel’s Sephardic Chief Rabbi from 2003 to 2013. Rabbi Edelman succumbed to the virus last Friday, the second day of Passover.

“All his life he did nothing but good for the Moroccan Jewish community” Benchimol said. “All these people who died, I know them, all of us do. Every one of us knows every other because our community is so small.”

Benchimol also lost a cousin, Dr. Ruimy Armand, who he said was beloved within the Jewish community. “Any one who needed could call Armand and say, ‘Can you come visit my sister? She is sick,’ and he would come,” Benchimol recalled. “It was the first day of Pesach, we had just finished the ha-gefen prayer, when we got the message, Dr. Ruimy had died. It was a big shock to us.”

“By losing these people, we’re losing the heritage and Jewish memory of Morocco. I wish we could have learned more from them,” Ladino said.

The deaths cast a pall over the traditionally festive Mimouna holiday, which Moroccan Jews celebrate at the conclusion of Passover Thursday night.

“It’s not easy to cope with,” said Ladino, who belongs to a Mimouna association that fosters relations between Morocco’s Muslims and Jews on college campuses. “It’s normally a time of joy. Mimouna here is a celebration that people wait for and come from all around the world to celebrate in Morocco. This year, people are isolated inside their homes unable to enjoy the holiday with their families, and so many people are mourning the friends and loved ones we have lost.”

“It is very strange, Mimouna normally is a big party for the Moroccan people” Daniel Benchimol, a member of Casablanca’s Jewish community, said. “It hurts this year, it doesn’t feel like it should, but we remain in our traditions, we send messages and wish each other a victorious Mimouna as is our custom. But this may be the worst Mimouna in our lifetime.” 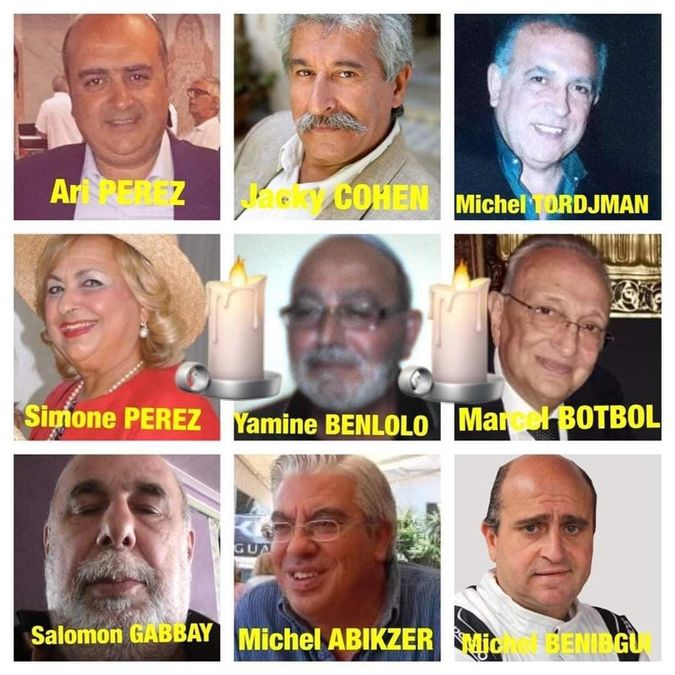 Memorial photos of Jews in Morocco felled by COVID-19

Amidst the chaos, the Moroccan Jewish community has also found itself split over the publication of a leaked list that named 26 Moroccan Jews who are being treated for the virus and their current state of health. The police have opened a judicial inquiry into the leak, as many consider it a breach of privacy and medical ethics, while others view it as a necessary precautionary measure, the web site Article 19 reported.

Nonetheless, despite the tragedy there is still a sense of hope. Passover, said Ladino,”is the holiday of freedom, and we have hope that next year we will be free to celebrate Mimouna again.”