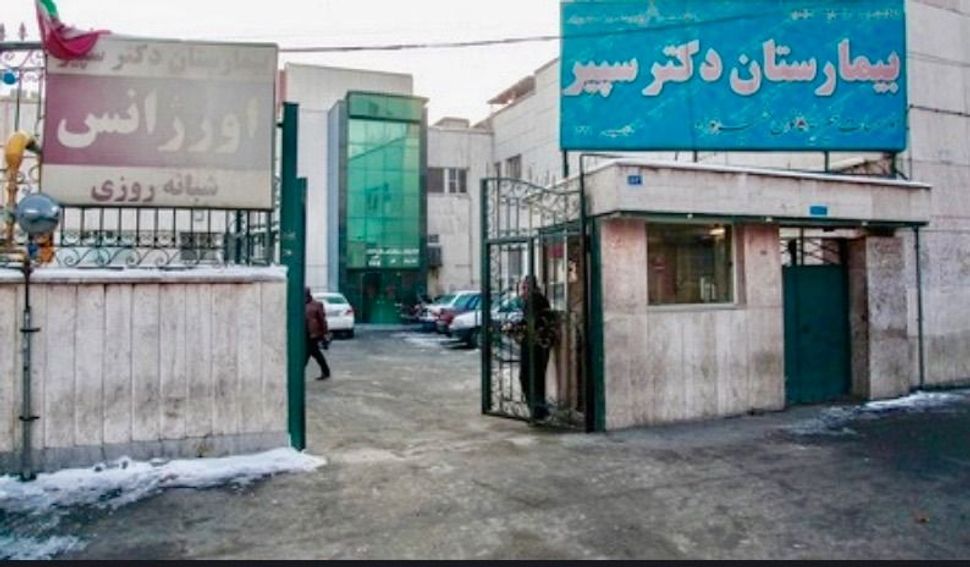 There was a typhus pandemic, concurrent with an outbreak of cholera and widespread famine. There were bread riots everywhere, the country was under foreign occupation and overrun by refugees from other war-torn countries. This was 78 years ago in Tehran during the Second World War. Food, heating oil, and other essentials were rationed. Bakers were mixing sawdust with flour and selling it as bread. Peddlers ate their pack animals’ meat, their innards, bones. They boiled the skin, hair and all, and ate that too.

The typhus tended to kill more children than adults. It killed by causing pulmonary edema—shortness of breath, wheezing, cough, fever. It killed doctors and nurses. If you were poor, medicine was near impossible to find. If there was a vaccine, no one in those parts had seen it.

In the middle of all this my aunt, whose only crime in life was being too beautiful, was pushed off the roof of a neighbor’s house and left to die. She was 8 or 10 years old, it was hard to tell exactly because people didn’t have birth certificates then, only a family Torah with the names and dates of birth of all the children marked on the first page, not necessarily in the right order or at the right time, they did it when they remembered.

My aunt was one of six girls, all of them pretty, but she raised the bar on good looks to an impossible-to-compete-with level, not only in her own family but all over the old ghetto and its neighboring streets where Jews still lived. One of her sisters had already died of typhus that year, and one of her brothers had died of a fever that might or might not have been caused by typhus, but she just kept growing like no one’ business, getting prettier by the day and making the mothers and grandmothers of other girls uneasy. If there was a good husband to be found in a place like this, they raged, whom do you think he would choose from among all their daughters?

One of those mothers, so the story goes, decided to level the competition. While my aunt’s parents were grieving their two dead children this woman offered to take care of my aunt for a few days. It was a summer night. The sky was full of stars. The evil neighbor sent my aunt to sleep on the roof. This is before air conditioning so people did that—sleep on the roof, or the terrace, or in the yard—to escape the heat. Sometime during the night the neighbor awakened my aunt and told her it was time to go home. “Your mother is outside, waiting for you on the street,” is what she said. Then she took the girl’s hand and walked her, still groggy and confused from sleep, to the edge of the roof. And gave a push.

There was a war going on and a pandemic, and people were busy scavenging for food, so it took till the middle of the next day for anyone to notice that my aunt was missing. They found her in the back of the neighbor’s house, just below the yard wall, unconscious but alive. Her head was alarmingly soft to the touch and her pupils were like dead fish floating in yellow water and it was clear she needed medical care but where to take her when all the hospitals in town were packed well over capacity with typhus and cholera victims?

They ended up at the Jewish Charity Hospital, which was only recently founded by a certain Dr. Sapir—a Jew from the ghetto who was tired of seeing Jews mistreated by Muslim doctors. It was called “hospital,” but really all it was was a few rooms inside the old Mullah Hanina synagogue on Cyrus Street. It was built for Jews, but it took patients from every race and religion. In those days the whole place was one big quarantine for typhus and cholera, with no possibility of social distancing, no proper testing, not nearly enough medicine, and a dwindling, heroic, overworked and underpaid staff. This is where my aunt’s older sister had died earlier that year, and it’s where Dr. Sapir, who was only 35 years old, had just contracted typhus from his patients and died. Still, it was better than any of the American or French missionary hospitals where all they cared about was the life of their own soldiers who were occupying or passing through Iran, or that perpetual death trap, the English Hospital that had been dubbed, by its own staff, “cemetery for the dying.”

My aunt went into the Sapir clinic with a broken skull and bleeding around the brain and if she didn’t die of that, her family was told, she might well die of something she caught while getting cured. There were patients in every bed and on thin mattresses on the floor, in hallways, in every foyer and alcove and closet. Because of the quarantine visitors were not allowed, and even patients who had recovered from their illness were not easily released. There were no phones, no way to get a letter out. Families went days without knowing if their loved one was alive or dead. Children cried for their parents.

For two months that summer, my aunt lay on a blanket in a corner of the children’s ward and watched typhus patients come and go. Every morning and afternoon an orderly came with a large syringe attached to a big needle. He inserted the needle into the soft part of my aunt’s head, where her skull was broken, and drew the fluid that had accumulated. The procedure, done without the aid of pain-killers, was excruciating. But it wasn’t nearly as hard to take as the quarantine. For a while after she was admitted, my aunt didn’t know if her parents and siblings were still alive, or if they had died of illness or hunger. She didn’t know if they remembered her, or if they had given her up for dead and moved on; if she would be able to find her way home at the end of her stay at the clinic; if they would take her back.

By fall, the fluid in her head was gone, but she still couldn’t keep her balance. She had become adept at predicting which of the other patients would survive their illness. She knew who was going to die during the night because they vomited a black, tarry liquid. She stopped wanting to wake up in the morning, lost her appetite, didn’t care if she ever walked again.

One of the girls in the room noticed my aunt’s deterioration. In the middle of the night, when the nurses were asleep, she took my aunt’s hand and led her to an alcove in the clinic’s makeshift kitchen. There was a small window here that overlooked Cyrus Street.

“Look,” the girl told my aunt. “She’s been waiting for you to get better and leave here.”

Across the narrow street, in the cloudy yellow light of a gas lamp, my aunt saw her mother. She wore a blue winter coat and a white summer hat. Her hair was done in ringlets and her cheeks were red from the cold wind and you could tell she was tired, that her feet ached from standing in ration lines and her hands were raw from scrubbing clothes but she smiled with her whole face when saw my aunt, waved and blew a kiss and mouthed, hurry up and come home already.

Through the fall and into the first weeks of winter my aunt went to the window in the kitchen alcove every night, and every night her mother stood waiting for her in her blue coat and white hat. Eventually, my aunt was well enough to go home, but when her mother came to collect her she was wearing the same black mourning clothes she had worn since her other children died. She wouldn’t wear colors for many more years.

My aunt searched, but couldn’t find the coat or hat anywhere in the house. She knew they were too poor for her mother to throw clothes away. Clearly, she had borrowed the coat or hat for my aunt’s sake. She had wanted to look pretty, cheerful, hopeful.

Years passed. The evil neighbor didn’t suffer any consequence for attempting to kill a child. Her daughters married for money and moved to North Tehran. My aunt grew into a beautiful woman full of fears and prone to illness and accidents. She married a bad man, lived just around the corner from the old ghetto, had beautiful but unlucky children. One day, for reasons she couldn’t later recall, she went back to the Mullah Hanina Synagogue. The Dr. Sapir Hospital had moved out of the building and into a separate structure nearby. It was still a charity hospital, with nearly all Muslim patients. Inside the synagogue my aunt looked around the room where the kitchen had been installed during the war. There was an alcove but no window. She asked the old janitor who had worked in the synagogue since its inception. She asked the men who had gathered there every morning and afternoon for Shacharit and Mincha. They remembered the war and the pandemic. They remembered the hospital. None of them remembered a window in the kitchen alcove. Not only that, they reminded her that the kitchen didn’t overlook any street at all. It faced the courtyard and beyond it, a painted metal gate.

Gina Nahai is the author of five novels, the most recent of which is The Luminous Heart of Jonah S.