‘You read the Forward backward’: 15 readers recall their dads’ love for our paper (and that joke)

Pat Koch Thaler, whose brother Ed went on to become Mayor of New York, recalled their dad, an Austro-Hungarian immigrant furrier, falling asleep with The Forward on his lap. Their mother, she said, saved “the paper after it was read to put on the kitchen floor after she washed it before Shabbat. “

Richard Hammerman shared his dad’s Yiddish newspaper ‘dad joke.’ “You read the Forward backward (i.e., from right to left) and the Tog (which means “The Day” and apparently came out in the evening) at night.” A classic!

And Phyllis Eig said of the old “Forvitz, ”it’s the only thing I ever saw my zayde read besides his prayer book.”

Back in 1910, when the Forverts was celebrating its barmitsve, having been founded in 1897, the very first Father’s Day was observed in Spokane, Wash. Invented by farmer’s daughter Sonora Louise Smart Dodd, it was praised by President Woodrow Wilson at the time but took 62 years to get official government recognition.

And no, with its Methodist roots, it’s not a traditional yontef — but with its classic gifts of ties and sweaters, still feels connected to our forefathers in Seventh Avenue’s garment district.

So, dear readers, for this Sunday’s celebration, we offer a windsor knot or shaw collar’s worth of memories of The Forward and your tate zise. We took them from the nearly 200 stories that poured in when we asked you to share memories of your parents and the paper they read, yes, from right to left. Excerpts have been edited for clarity and length.

“Arriving here in 1947, my parents purchased a candy store on the Upper West Side that sold newspapers including: The Yiddish Forverts, the Italian Il Progresso and the Spanish El Diario. The late politician Herman Badillo loved our egg-creams. Dad read the Forverts with relish and I’m proud to say I’ve tried to carry on my Dad’s tradition by reading it online.”
— Harry D. Frisch

‘The only time my dad ever relaxed’ 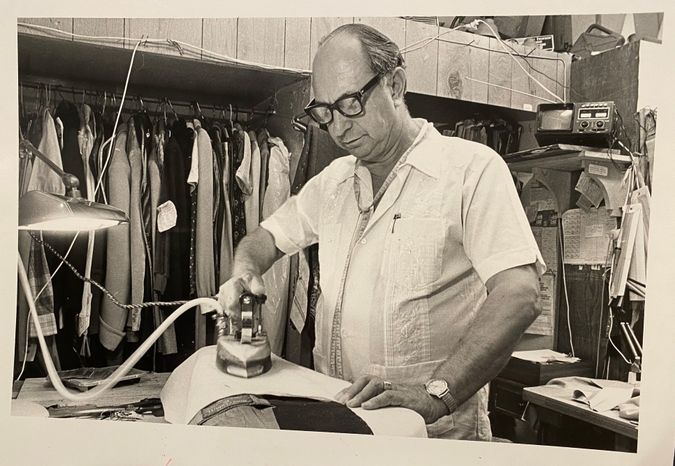 “In the mid-1950’s, my Holocaust-survivor parents settled in New Orleans. Yiddish was their first and primary language. Throughout their lives, the Forverts arrived by mail, even after other Yiddish language editions were curtailed and English articles were included. It was placed in a special spot – a metal, two-shelf newspaper stand in our den reserved for the Forward.

“My proud tailor-father worked long hours in his own shop and stole precious moments for himself to read the Forward. Long after Mom served us kids dinner, he’d arrive home from work and Mom sat with him in the kitchen, where they conversed in their native Yiddish. Then, Dad lay down on “his” couch in the den to read the Forward.

We knew not to disturb him, as these were precious moments – the only time my dad ever relaxed. He rarely finished an entire issue in a single evening as he inevitably dozed off, the Forward rising and falling on Dad’s chest with each breath. After a short nap, Dad went back to work in the ‘tailor shop’ he had created in our basement.

‘My father bought one of the desks’

My father read the Forward every day that I bought it for him at the local store. When the Forward closed its Boston office, and sold the furniture, my father bought one of the desks and used it until moving to a smaller apartment.

‘Being there when I needed it’

“We lived in the very Jewish Plateau neighbourhood in Montreal, next to Fletcher’s Field Park, frequented by other refugee Jewish survivors who had arrived after the Second World War. Summers, my hardworking father sent my mother, my brother, and me to a shared rented cottage for a few weeks. It was next to a stream that we’d sometimes dip in, though my mother warned us not to go too deep.

When my dad joined us up there, he usually napped inside. This one weekend though, he was outside in the sunshine, reading The Forward when he was alerted to my mother’s cries as she watched her two sons and another boy drifting downstream, our heads almost underwater. I still can see him rushing across the grass towards me, throwing his newspaper aside, and heaving himself into the water. Within minutes he had pulled us all onto shore. So this is my thanks to The Forward for being there when I needed it.
— Harry Rajchgot

‘Is there a Yiddish newspaper?’

“My parents immigrated here from the USSR in 1977. Within days, my father found a shtibl to daven in that became his second home for the next decade. His first question was, is there a Yiddish newspaper? Of course, everyone told him about the Forverts — after 60 years of not daring to even wonder about a Yiddish publication.”
— Bena Shklyanoy

It came with the bagels

“My survivor-parents, Rosa and Chaim, met at a resettlement camp in Germany and arrived in the U.S. in 1950. Anxious to become Americans, but holding on to their Yiddish roots, they subscribed to the Forverts for as long as I remember. It was delivered by the same gentleman who delivered the rye bread, no seeds, and bagels.”
— Allyn Zygmud-Felt

‘All I wanted was to sleep’ 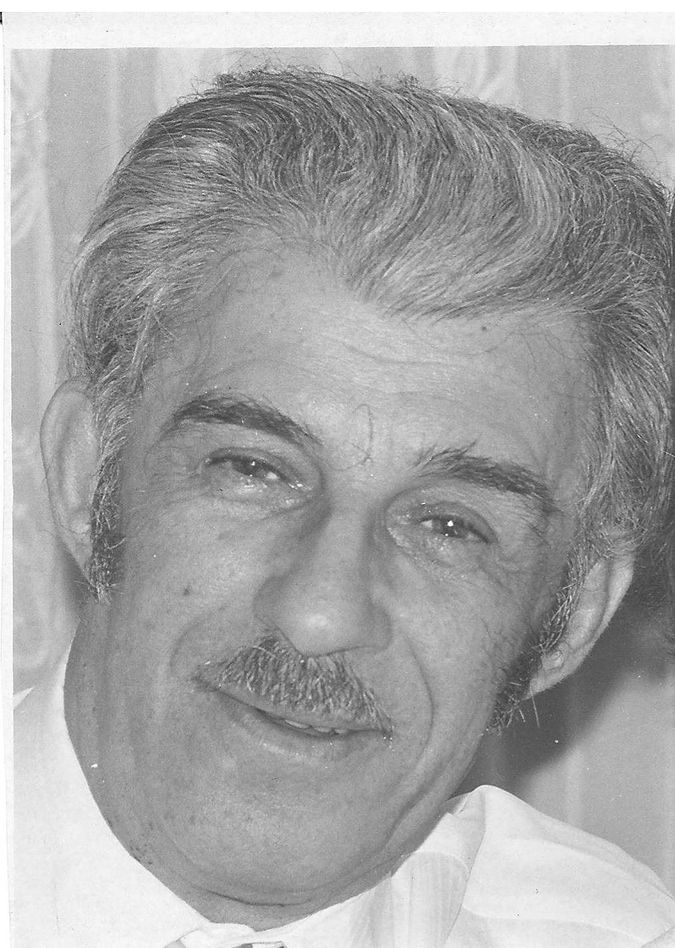 “What I remember most about my father, mayn tate, z’’l, is his reading to me from The Forverts in my teen years when all I wanted to do was sleep until noon on Sundays.

“My father, a tailor with a dry cleaning shop in Montreal, had only one day of rest. One day to read The Forverts and share selected stories and poems with me, sometimes a joke. Over the years, he read me stories by I.B. Singer, poems by Rachel Korn and articles he found interesting.

“Tate liked to read aloud, a trait I have inherited. But as a teenager after a late night out, all I wanted was to sleep. Awake or asleep, attentive or zonked out, it made no different to my father and his Sunday-morning readings. Once, I thought to deter him by sleeping naked. It didn’t work. He simply pulled the covers over my torso, settled into the armchair next to my bed, and began the ritual that remains a treasured, poignant memory 50 years later.”
— Gina Roitman

‘I marvel at the bravery’

“I grew up with survivor parents, in Port Lavaca, a very small Texas town with only one other Jewish family. My parents emigrated to the U.S. in 1949, and ran a retail shoe store. I vividly recall copies of the Forverts as a child being read by my father.

“After my mother passed away in 1964, my father had to run a business as well as a household with three children. In 1969, my father, I assume feeling that he needed to marry, placed a personal ad in the Forward.

“To me this was the most amazing story. A lovely Torontonian, Goldie, decided to marry my father and move to this very small town. I marvel at the bravery of my father placing a personal ad and trusting the Forverts that it would be read there by someone who would understand his background.”
— Mina E. Gardner

‘They married when my father returned from active duty’ 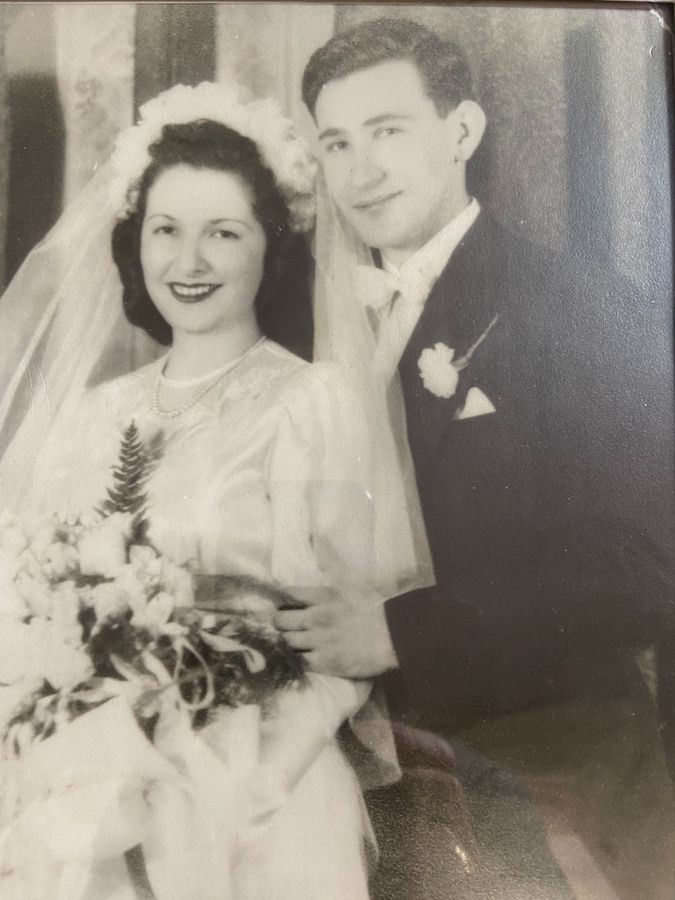 “In the army, my father was assigned to interrogate German prisoners. Toward the end of the war, he began working with displaced persons, and here’s where the story becomes even more interesting. While reading the Forverts, my Zayde noticed the familiar name of a distant relative in a displaced-persons camp near where my father was stationed. He wired my father, who went to the camp, met this woman, and long story short — helped arrange for her to come to an uncle she had in New York. At some point, she lived with my father’s parents, and they married when my father returned from active duty.”
— Julian Rich

‘The Bintel Brief was a favorite’ 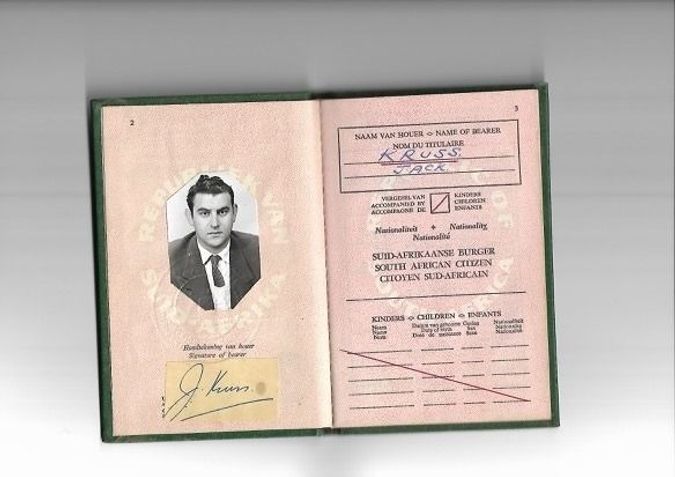 The same way you have second-hand smoking, so my late father, Jack Kruss, was a second-hand reader of the Forward. Born to Yiddish-speaking Lithuanian parents in Cape Town whose neighbors had a subscription. Sunday nights, unless they were watching a Yiddish movie, a few couples would gather together and read the paper while my father listened from the next room. The Bintel Brief was a favorite and there was much tut-tutting at what went on in that dreadful country called America. Especially scandalous were stories of landladies having affairs with their boarders. (Of course, nothing like this could ever, ever happen in South Africa.)

‘The debate over changes to the printed version were constant’ 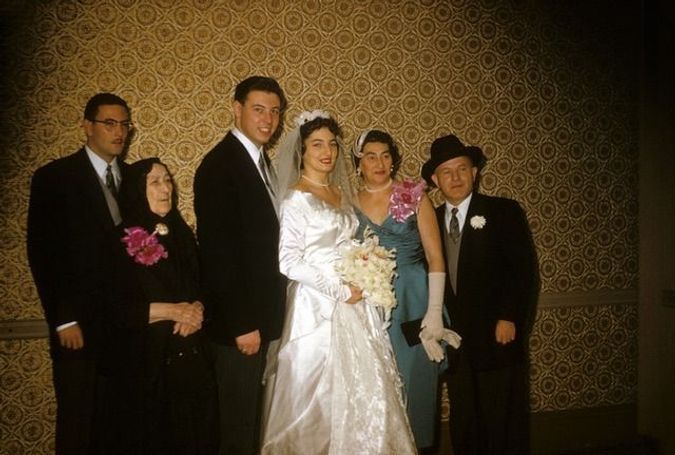 “We’re a third-generation Forward family. My grandfather, Abe Littman, was a typesetter and contributor at the paper, as well as Vice President of the Hebrew-American Typographical Union/International Telecommunications Union Local 83, so we grew up with the Forverts, first in Yiddish, then English.

“In recent years, the debate over changes to the printed version were constant. My Uncle Joe Littman was irate when it was no longer printed as a broadsheet, but my mom, Beverly Cora Littman Borts, was a big fan of the magazine format, often cutting out articles and photos, hanging them up or mailing them to me.

“On a recent visit to Mom’s, I found two cherished copies from very different eras. One carefully wrapped paper from March 1970 with Grampa Abie’s obituary, and the color mag with Ruth Bader Ginsburg on the cover, hung up for all to see!

“We lost both Mom and Uncle Joe in 2019. I wouldn’t be surprised if brother and sister are still debating the merits of “the paper” with their parents. Zol zey hobn a likhtikn gan eydn.”
— Joanne Borts

‘Yiddish was my first language, too’ 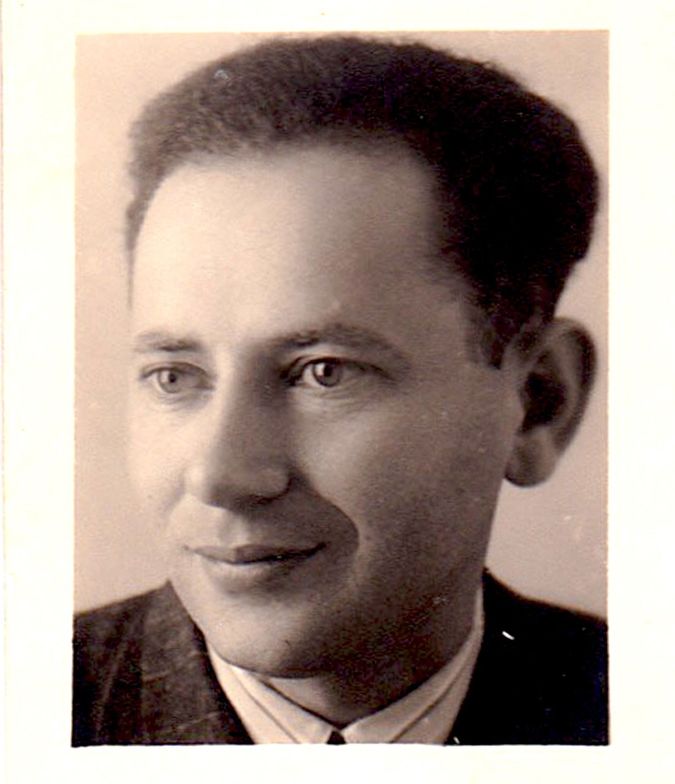 Linda Schmidt’s father Binem Friedman in 1947 in Germany, having survived the war. Two years later, he arrived in America and changed his name to Bernard (https://www.lindafriedmanschmidt.com/)

“My father, a Holocaust survivor, read the Yiddish Forward every day and taught me how to read it when I was a child. I was born in Eschwege, Germany, in a displaced-persons camp, and arrived in Brooklyn in 1949. Yiddish was my first language too. Haunted by his past, prone to violent rages, normally I was afraid and even uncomfortable around him. Sitting next to him on the sofa reading the Yiddish words aloud, I felt loved.”
— Linda Friedman Schmidt

Chana Pollack is the archivist at the Forward.

‘You read the Forward backward’: 15 readers recall their dads’ love for our paper (and that joke)