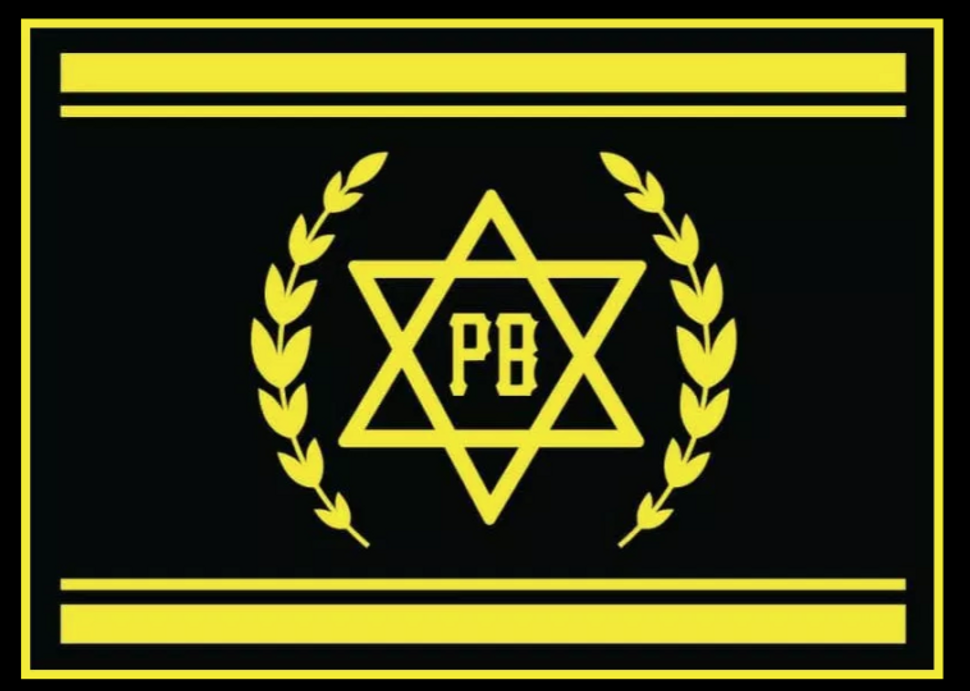 The Proud Boys, a club of self-identified “western chauvinists” who have been energized by President Donald Trump’s request during Tuesday night’s debate that they “stand by,” have a chapter in Israel, despite the group’s association with antisemites and white nationalists.

The Israel chapter of the Proud Boys was established in February of 2018, and according to a blog post on the website ProudBoysUSA.com, the group has at least five members and meets once a month.

The chapter did not respond to a request for comment.

Ron Coleman, who is Jewish, is a lawyer representing Proud Boys founder Gavin McInnes in a defamation lawsuit against the Southern Poverty Law Center.

He said Israelis could be attracted to the Proud Boys because of the value placed on masculinity in Israel, and said Israeli men, as well as American Jews, may be “nauseated” by what Coleman called “the enforced cultural feminization” of men and boys in the U.S.

Hanni Mann-Shalvi wrote in her book about Israeli masculinity that the country’s mandatory conscription policy reinforces the links between military service and manhood: The image of the combat soldier “symbolizes the full connection between masculinity and nationality,” she wrote.

Coleman also said Jews who feel left out by the mainstream Jewish political alignment with the left — about 70% of Jews vote Democrat — may be attracted to the Proud Boys.

“There are a lot of Jewish guys,” he said, “who are very disgusted with the impression that is prevalent among many people — that all Jews are liberal, that all Jews hate Trump, that all Jews support what’s going on in this country in terms of the radical-left activism.”

The Proud Boys work hard to distance themselves from connections to the “alt-right,” though members and leaders frequently espouse misogynistic, Islamophobic and anti-immigrant rhetoric, according to the Anti-Defamation League and the Southern Poverty Law Center. A former Proud Boy, Jason Kessler, helped organize the deadly “Unite the Right” rally in Charlottesville. And a Proud Boy member involved in a clash with Black Lives Matter protesters in Portland was arrested on multiple charges, including felonies, this week.

The Proud Boys have seized upon the presence of an Israeli chapter as evidence that the group is not antisemitic or white nationalist. On a blog post from OfficialProudBoys.com entitled “TOP 20 MYTHS ABOUT THE PROUD BOYS,” the claim that “Proud Boys are alt-right” is countered with a reminder that “We are a multi-racial club with a Proud Boys Israel chapter.”

On another post called “STOP CALLING US ALT RIGHT,” the author writes, “We have plenty of non-white members and we also have a Proud Boys Israel chapter.”

A blog post recounting the first meeting of the Israeli chapter of the Proud Boys describes the “ground rules” established, including “No racism in our ranks,” “Acknowledge the west is the best” and “No fighting in between PB brethren.”

The author of that post, an anonymous member of the Israeli chapter, wrote that he started the chapter with a friend from the Israeli army. He liked the idea of a like-minded “brotherhood” and enjoyed that the group “laughed, talked politics, had a few drinks,” according to the post. The author also said Gavin McInnes helped coordinate the meetup and told the member that Israel is “not proud enough,” and that Israelis “need to stop apologizing.”

One post from another anonymous member of the group lambastes gun control, saying that in Israel, terrorists use other weapons.

“Self preservation is what got us here,” he wrote. “It’s what created the west and America, in all its glory. When the left is shitting on the American anthem, flag, and traditions, gun control is yet another path for the destruction of western values.”

A photo of a Proud Boys Israel chapter meeting that was posted on an Israeli subreddit was met with a less-than-enthusiastic response:

“What’s next, the Israeli KKK?”