6 ways Jews can help Black economic development after the pandemic 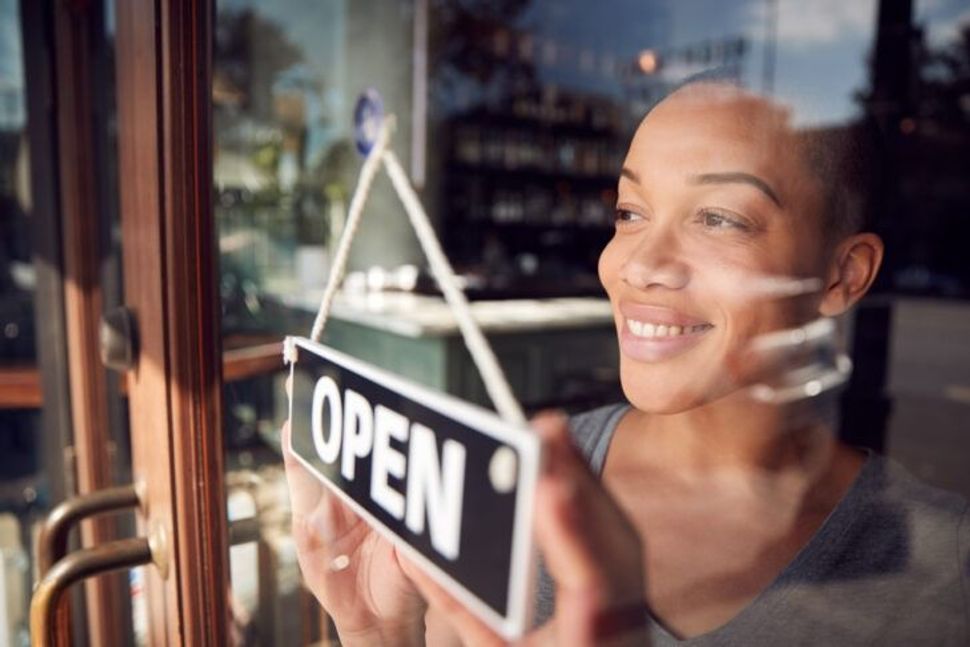 The killing of George Floyd and the economic devastation of COVID-19 have sparked a resurgence of Jewish engagement with the Black community. There is an opportunity to build on a century of civil rights work and philanthropy.

As amazing as this model of philanthropy is, we find a higher level in Maimonides’ hierarchy of tzedakah, or charitable giving. The highest rung in this treatise, often called the Ladder of Tzedakah, is, as the economist Meir Tamari put it, business partnerships with the poor. Maimonides teaches that the highest act of charity is helping the poor become self-sufficient; this is a relevant teaching that should be expanded to non-Jews as well. And non-Jews should consider adopting Maimonides’ Ladder of Tzedakah as well.

Recently, the governor of Massachusetts provided almost $700 million in grants to help struggling businesses, with preference given to minority- and women-owned businesses. It would have made sense to allocate some funding to restructure how the Commonwealth of Massachusetts and municipalities within the state purchase, finance and provide other types of assistance to struggling businesses, with the goal of helping business become “self-sufficient” as described by the teachings of Maimonides’ Ladder of Tzedakah. 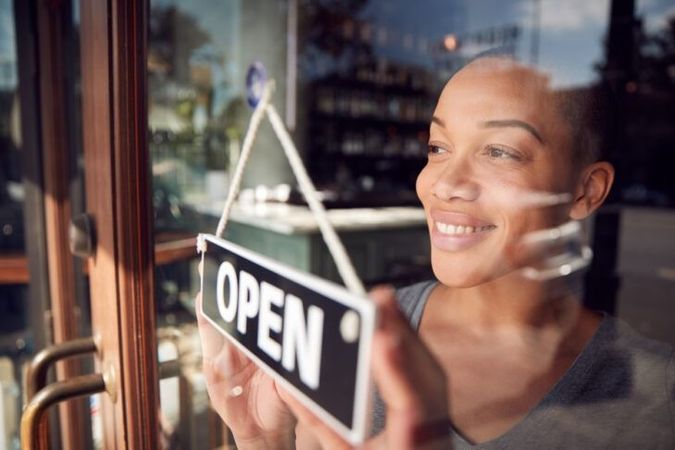 Since the last economic downturn, African American buying power has seen impressive gains, jumping from $961 billion in 2010 to an estimated $1.3 trillion in 2018. The African American market has seen a 114% increase in buying power since 2000. But COVID-19 may reverse many of these gains. According to a report from the Federal Reserve Bank of New York, COVID-19 was projected to wipe out 41% of Black small businesses by the end of April 2021.

Over the years, antisemitism in America forced the Jewish community to build their own institutions; universities, hospitals, financial institutions, national businesses and franchises, foundations, and law firms. In addition, many active Jewish members of local congregations have positions of influence in non-Jewish corporations. These institutions have significant potential in terms of purchasing power and financing influence. They can help Black businesses in many ways.

It’s true that other religions or ethnicities (Catholics, for example) have significant buying power and influence and their own social teachings that cover the poor, vulnerable, and the rights of workers. But Jews have historically demonstrated a willingness to use their small numbers to have a disproportionate impact on social justice. Although only 2% of the U.S. population, Jews comprised approximately half of the attorneys involved in the civil rights movement in the South. Jews such as Harry Wachtel, a New York lawyer and businessman representing The McCrory Corporation, used his influence to integrate the lunch counters and snack bars in the McCrory stores. The idea is for the Jewish community to use their economic power to model the change they would like others to show when it comes to helping Black businesses.

Jews like Julius Rosenwald, Harry Wachtel, and Stanley Levison demonstrated a willingness to use their influence to help the Black community in the past, with the understanding that we share common challenges and can be stronger together. Here’s how real help can be offered today:

Some synagogues have explored “buying Black,” taking an itemized list of congregational spend and investigating whether they can place that spending with Black businesses. Typical examples included using Black-owned businesses for catering, janitorial, and other services the synagogue already purchased. Synagogues created directories or used existing city or state databases of certified minority businesses, specifically those identified as Black-owned businesses, suggesting that their members use Black businesses where possible and created a website to help members do just that. Temple Israel of Boston, for example, displays a menu of Black-owned businesses on its website. Others have bought gift cards from Black retailers as a way to demonstrate support. Some explored impact investing with congregational funds or encouraged members to consider impact investing that targeted Black businesses or neighborhoods.

Of course, larger institutions, such as universities, hospitals, and enterprises, provide much greater opportunities to buy from Black businesses. Collectively, this could provide economic stimulus in the billions.

Government contracting often provides opportunities for minority businesses that the minority businesses can’t realistically pursue because of various types of financial or capacity constraints. Boston has produced a flagship example of improving procurement with its Omni Resorts and Hotels and New Boston Hospitality LLC developing a $550 million, 788,500-square-foot hotel project. The request for proposals established minority participation as one of four equally-weighted priorities. The RFP called for inclusion in ownership, architecture, design, and management operations. You had to have a comprehensive diversity program to win the bid. That led to a series of joint ventures between Black and white-owned firms. Working to create these joint ventures (and enforcing them, as often they aren’t) is a way to increase economic inclusion.

A report by the Ohio Employee Ownership Center noted that, “The failure to plan for business succession in small and medium-sized companies is the leading preventable cause of job loss in the United States.” According to Crain’s Chicago Business, 99% of Illinois manufacturing companies are white-owned. Based on these facts, Manufacturing Renaissance created Re/Cast Advisors with the mission to retain manufacturing jobs and companies in Illinois—and to diversify ownership in the manufacturing sector. Re/Cast Advisors focuses on “high road” entrepreneurs, defined as groups or individuals committed to managing their businesses for the shared benefit of ownership, employees, and the surrounding community. Specifically, these are companies that may utilize ESOP or cooperative structures.

We support cooperatives because there is strength in numbers. Many Black businesses are micro businesses, i.e. they have five or fewer employees, often family members or friends. Personal care businesses such as barbershops and beauty salons often have one or no employees, with the others working as individual contractors. The same is true for those working as individual contractors, such as Uber and Lyft drivers. They would benefit from shared services, such as bookkeeping, and the ability to leverage a range of digital services to make their operations more efficient.

Consider the Mondragon Corporation. This model was able to turn around the Mondragon area of Spain, growing from a single business that made paraffin heaters to 257 cooperatives that employ 74,000 people. The co-op structure was used successfully in Israel to develop the country. I believe the co-op model should be seriously considered as part of a strategy to move forward.

Access to capital continues to be a problem. At the same time, there are those who want to invest. There are great models such as the Kiva crowd-funded loans. My favorite is the Boston Ujima Project because it is locally owned and managed, and the investments are in community businesses. Ujima promises a rate of return comparable to what one would get from a savings account. Ujima also accepts donations from foundations that aren’t interested in the investment side. This makes it possible for the fund to cover potential losses from investments.

New ventures will provide much-needed solutions to problems, both those narrowly defined (as faced by people of color) or more broadly defined (such as social needs like clean energy). In addition, they will provide jobs and create wealth for their founders, employees, and investors. The problem is, less than 1% of all venture dollars go to start-ups founded by Blacks. Solving this problem has a huge upside, but the solution is complex. Part of the solution is access to early-stage capital. Jeff Bussgang is a Jewish businessman following the model we propose. Bussgang, the general partner and co-founder of Flybridge Capital, helped create Visible Hands, which invests in diverse talent and helps them build venture- backable tech companies from scratch. Finally, a large challenge is building a supportive ecosystem for Black-founded ventures that includes all aspects of the venture community.

If we truly want to achieve equality, inclusion, and diversity, we have to address economic disparity. The best way to do that is through economic development and the creation of Black wealth. As a result of this economic downturn, Black businesses will suffer and many will close. This will have a direct impact on the Black community. Charity and philanthropy are needed, but perhaps we need to keep Maimonides’ Ladder of Tzedakah in mind in terms of how the help is provided—and focus on helping Black economic self-sufficiency.

Ed Gaskin attends Temple Beth Elohim in Wellesley and Roxbury Presbyterian Church in Roxbury. He has co-taught a course with professor Dean Borman called “Christianity and the Problem of Racism” to evangelicals for over 25 years. Ed has an M. Div. degree from Gordon-Conwell Theological Seminary and graduated as a Martin Trust Fellow from MIT’s Sloan School of Management. He has published several books on a range of topics and was a co-organizer of the first faith-based initiative on reducing gang violence at the National Press Club in Washington, D.C. In addition to leading a nonprofit in one of the poorest communities in Boston and serving on several nonprofit advisory boards, Ed’s current focus is reducing the incidence of diet-related disease by developing food with little salt, fat or sugar and none of the top eight allergens. He does this as the founder of Sunday Celebrations, a consumer-packaged goods business that makes good-for-you gourmet food.

This article originally appeared on JewishBoston.com and has been reposted with permission.

6 ways Jews can help Black economic development after the pandemic