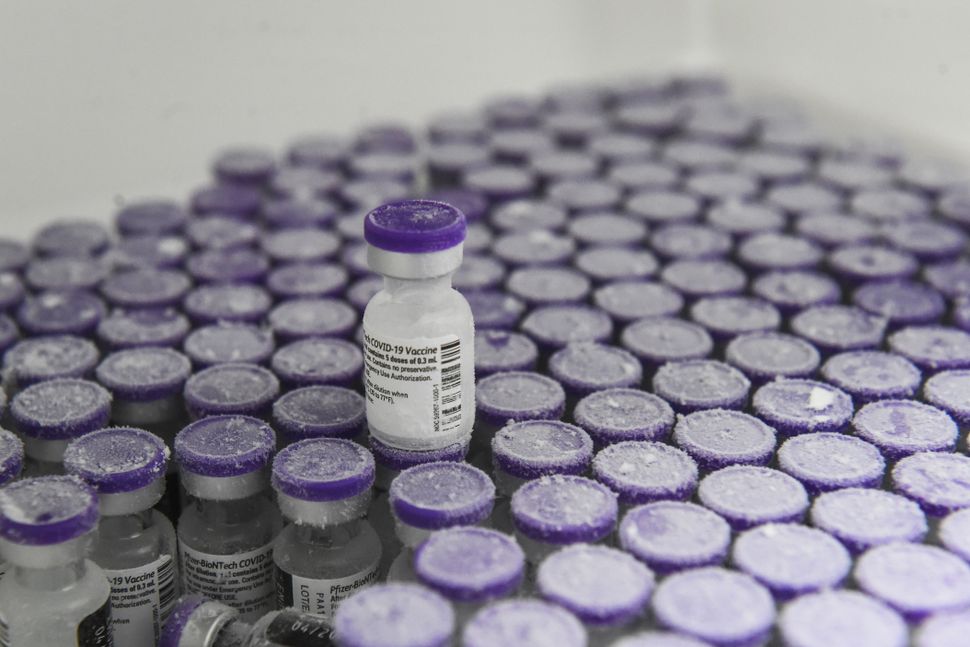 Amid the record cold snap that has blanketed swaths of Texas in snow and cut power across the state, an Orthodox synagogue came to the rescue when a local hospital couldn’t keep their COVID-19 vaccines at the required extremely low temperatures.

Houston’s Methodist Hospital had received a thousand doses of the drug, but an electrical outage meant the freezer storing the life-saving medicine was left without power. With the possibility of the doses being spoiled, a plan was hatched to administer the doses to the public.

As hospital staff were trying to decide on a venue, one of its administrators suggested her synagogue, Houston’s United Orthodox Synagogues, a congregation just four miles away from the hospital which was accessible by foot and had enough space to set up a vaccination drive.

“For me, it was one of most exhilarating days of my life,“ the synagogue’s Rabbi, Barry Gelman told the Forward. “It’s not every day I get to spend all day saving lives.”

Alongside the medical staff, the congregation sprang into action as well, Gelman explained, with community members collecting information and helping the doctors and nurses.

“We immediately got dozens of volunteers who were eager to help,” Gelman said. Though news of the initiative was spread by word-of-mouth, it extended far outside of the Jewish community. Within a few hours, hundreds of people were lined up at the door.

The drive on Monday lasted about three hours and, by the day’s end, more than 350 people received their vaccinations. The next day, the synagogue managed to vaccinate another 220. All in all, more than half of the hospital’s doses were saved from spoilage and delivered to the public at the synagogue..

“People were just overjoyed and so full of gratitude,” Gelman said. But lines were far longer than the number of vaccinations they had and, to Gelman’s regret, they had to turn people away.

While all of that was happening, Gelman’s own home and that of many community members had lost power and heat due to the massive snowstorm that had been impacting the state. On Tuesday, the synagogue lost power as well, but vaccinations continued by flashlight.

“It’s been a terrible few days here, but this was a bright spot in what was otherwise a miserable week,” he said.

According to Rabbi Gelman, the community was at least somewhat prepared, due to their experience with another natural disaster – Hurricane Harvey in 2017 left Houston with significant flooding.

“We’d been through our share of hardship with the floods, so we have a very quick group of people who come together to take care of each other,” Gelman said.

Though there are no plans yet, Rabbi Gelman said he wouldn’t be surprised if the hospital reached out for future partnerships with his synagogue. But most of all, he hopes that medical providers and community organizations around the country will take note of how well the model worked in Houston.

“There’s a lot to be said about local communities being able to pull these things off,” Gelman said. “If not Houston, maybe other cities and other states will start looking at another model to distribute the vaccination.”