New memoir captures the spirit of Purim and the American dream 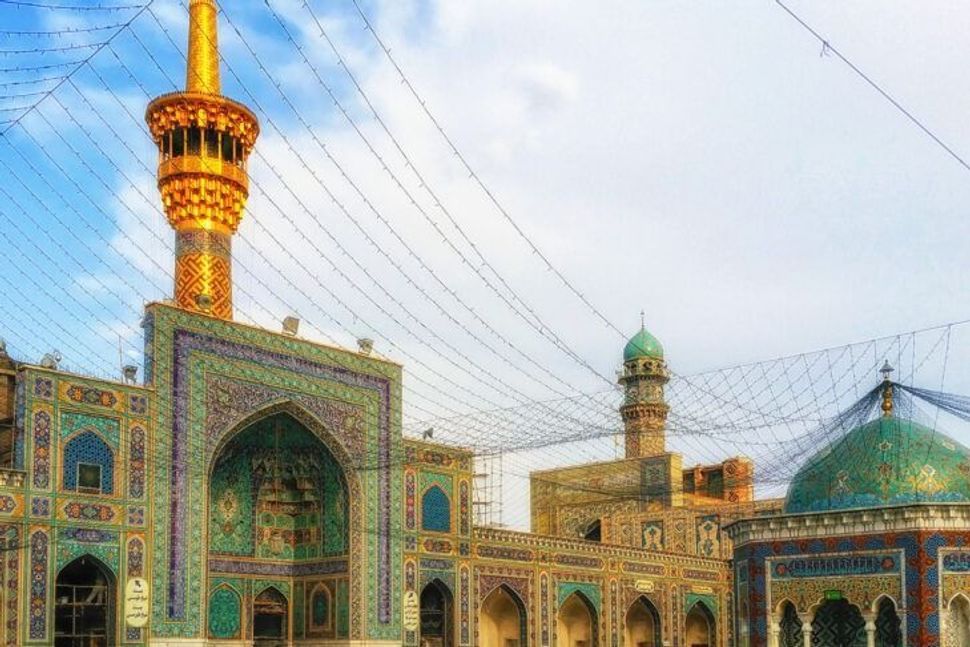 Purim lore looms large in Esther Amini’s life story. Her recently published book, “Concealed: A Memoir of a Jewish-Iranian Daughter Caught Between the Chador and America,” is a beautifully conceived story about her parents—her larger-than-life mother, Hana, who was a role model of brilliance and survival, and her strict, crusty father, Nissan, whose love for his daughter shone in unexpected, poignant moments—and her experience as a first-generation American.

Amini’s parents were from the ancient city of Mashhad, a fundamentalist Islamic enclave that is home to the grave of the revered ninth-century Imam Reza. Over the centuries, the city has received untold numbers of pilgrims paying homage to the imam. When sweeping changes came to Iran in the mid-20th century, Mashhad was left behind. In Tehran, women removed their black chadors, but in Mashhad, wearing them remained compulsory. 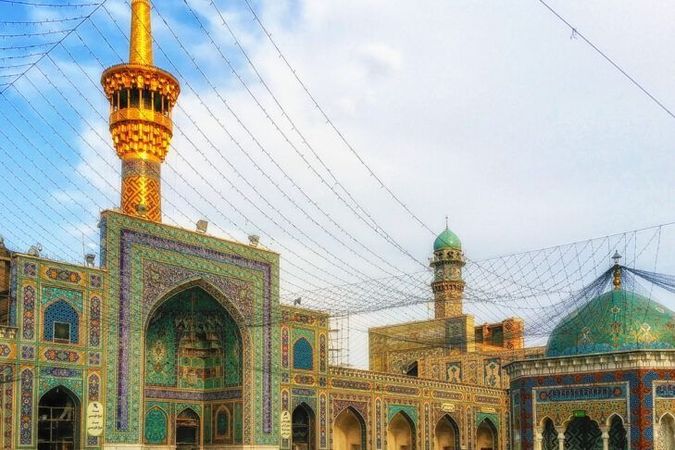 For centuries, Mashhad’s Jews were forced to live as crypto-Jews. Any outward sign of Jewishness was strictly prohibited. Jews adopted Muslim names and the men prayed five times a day in the public square in accordance with Muslim tradition. Mashhad’s Jews safeguarded the community by sanctioning child brides as a way to prevent rape and intermarriage with outsiders. Amini’s mother was married at 14 to Amini’s 34-year-old father. Amini’s grandmother was a bride at 9; her groom was 29. They were among the Jewish women in Mashhad who were kept illiterate to serve husbands and keep peace in their households. 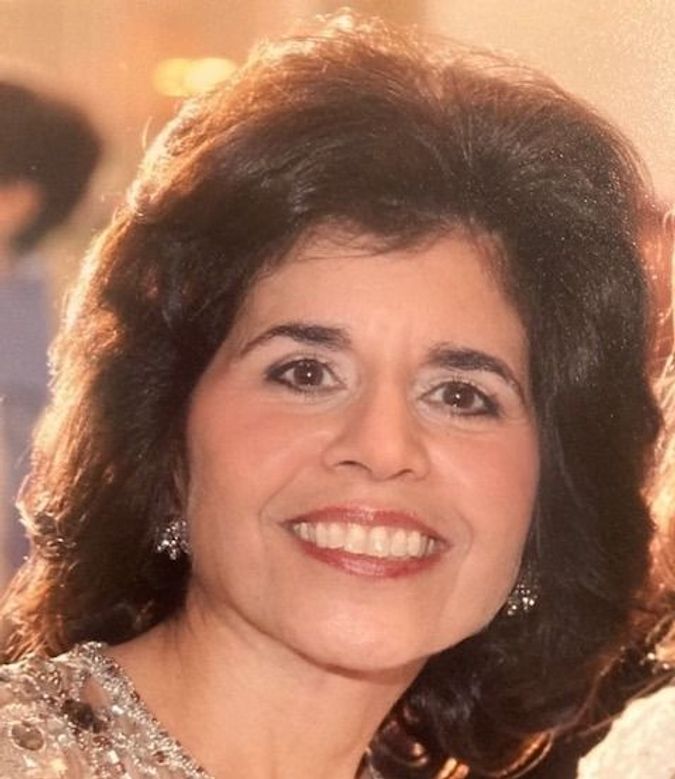 Amini’s outspoken mother, however, was an exception. For one thing, she was adamant that she was a direct descendant of Queen Esther. Hana, who lived concealed in Mashhad, identified with her royal ancestor. Like Esther, she was also an orphan and looked to the queen for inspiration and comfort. Just before the Amini family left Iran, Hana and Nissan, with their two young sons in tow, made their way to Queen Esther’s shrine in Hamadan, where Hana prayed for a much-wanted daughter. When that baby daughter was born in Manhattan, there was no question her name would be Esther. Not only was it a family name, but it also paid homage to the family’s ancient matriarch.

Amini grew up in Kew Gardens, Queens, with a father “who brought Mashhad with him to our home.” Said Amini: “When I went to school, I was in 20th-century America, and when I came home, I was in medieval Mashhad. Those were the balls I had to juggle because I wanted to keep my family, and I wanted to live in the 20th century.”

Influenced and supported by her much-older brothers, Albert and David, who attended Cornell University and Columbia University, respectively, Amini graduated from Barnard College with a degree in art history. In addition to being a writer, Amini is a painter and a psychotherapist.

She recently spoke to JewishBoston on the ways Purim’s themes, including the feeling of concealment, have always been with her. She recalled her memorable family of origin and how her book is ultimately a very American story. 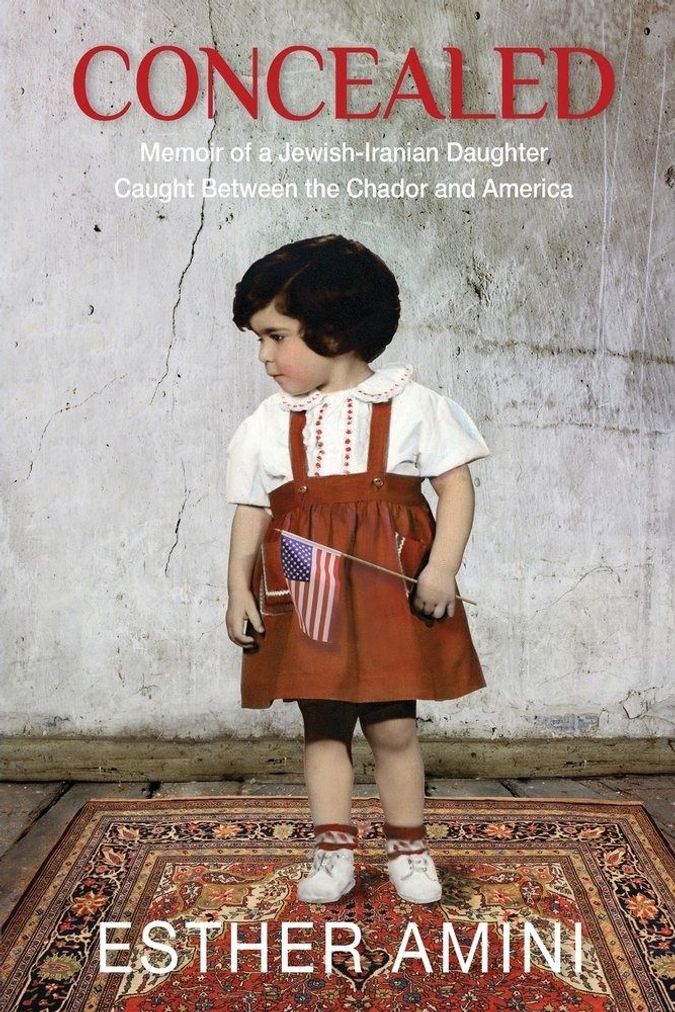 Your mother, Hana, was often rebellious and mercurial. What was it like to write about her?

As a child, and even a teenager, I was in awe of her. At times, I experienced her as heroic. But she was also dangerous because she didn’t take the time to consider consequences. It was very confusing to me as a child, who she was and what she wanted from me. Did she see me? Did she know me? As I was growing up, these became the questions. And yet I have very fond memories of her coming through for me—certainly when I finally made it to Barnard, which was not an easy feat.

My Barnard roommates adored her because she was fun, she was lively. They called her their Persian Auntie Mame. She was outspoken, irreverent and, in some ways, a proto feminist, though she would never have defined herself that way. She defended the rights of women, her own rights for sure, and would chastise those Iranian women who were kowtowing to husbands or being in some way demeaned by their husbands. She was a spokeswoman, and they looked at her in shock. She was a woman ahead of her time.

Your book is called “Concealed,” and Queen Esther is important to your family history, as is Purim. How do those themes come together in your story?

Esther in Hebrew means “concealed.” Growing up, Purim was our holiday. We felt connected to the other holidays and celebrated them—Passover, Rosh Hashanah, Yom Kippur, Hanukkah. My parents were Orthodox Jews, so we took it all seriously, but the one that was very personal and belonged to us was Purim. My mother made that very clear. She believed that we were direct descendants of Queen Esther.

My mother also identified with the fact that she was a concealed Jew. Like Queen Esther, she was also an orphan, and she believed Esther was a matriarch of hers. So, when she threw herself on Esther’s tomb in the city of Hamadan, begging for a daughter, she believed she was speaking to her ancestor. My mother never knew her mother and wanted to name me Esther. In many ways, she wanted a mother and wanted me to become her mother. It’s all tied in with Purim. I have a chapter where she dresses me up as a Bukharian shepherd in a Purim pageant.

Why was your mother so determined that you would win that Purim pageant as the Bukharian shepherd?

She wanted me to win more than I wanted to win. She wanted to show the other Jewish women—many of them from German and Eastern European backgrounds who were highly educated—that although she was illiterate, she could surpass them. But another reason she had to win was that Purim was her holiday; it belonged to her. Purim is loaded in a wonderful way for us. It’s very meaningful and inspirational.

Your father was terrifying and embarrassing, but you also cherished his protectiveness. Was it challenging to portray his complexity?

I loved him very deeply, and I continue to love him very deeply. I understand him today. I needed distance to mature and to understand through his eyes what America meant. He felt America was a hedonistic country—a country that didn’t promote family life, values or morality.

He was raised in Mashhad as part of an underground Jewish community; Judaism was very important to him. The principles of the Torah were very important, and that’s what governed him. He wasn’t monolithic. I saw that there were sides to him that were in opposition to what I was seeing, and I realized there’s so much I don’t know. He concealed his entire self as well.

Your father also taught you to be comfortable with silence. You were a quiet child, internalizing words. How did you make the leap to being a writer?

I spent years painting, and that’s a silent language; it’s a way of communicating without words. Over time, I realized how important it was to use words and wanted to become adept at expressing myself accurately. It took decades of thinking and reading, and practicing, and using language well. Writing the book took me five years. I rewrote it many times to create a certain fluency, create cohesion and make sure it had a narrative drive that moved the story forward to make it engaging.

Do you have future writing projects in the works?

I’d like to work on the short autobiographical stories that didn’t make it into this book. I’m not quite finished with this theme yet.

Judy Bolton-Fasman is the arts and culture writer for JewishBoston.com. Her essays and articles have appeared in The New York Times, The Boston Globe, The Forward, Tablet Magazine, Cognoscenti and other venues. Her memoir, “Asylum: A Memoir of Family Secrets,” is forthcoming in fall 2021 from Mandel Vilar Press. Email her at [email protected]

This article was originally published on JewishBoston.com and has been reposted with permission.

New memoir captures the spirit of Purim and the American dream