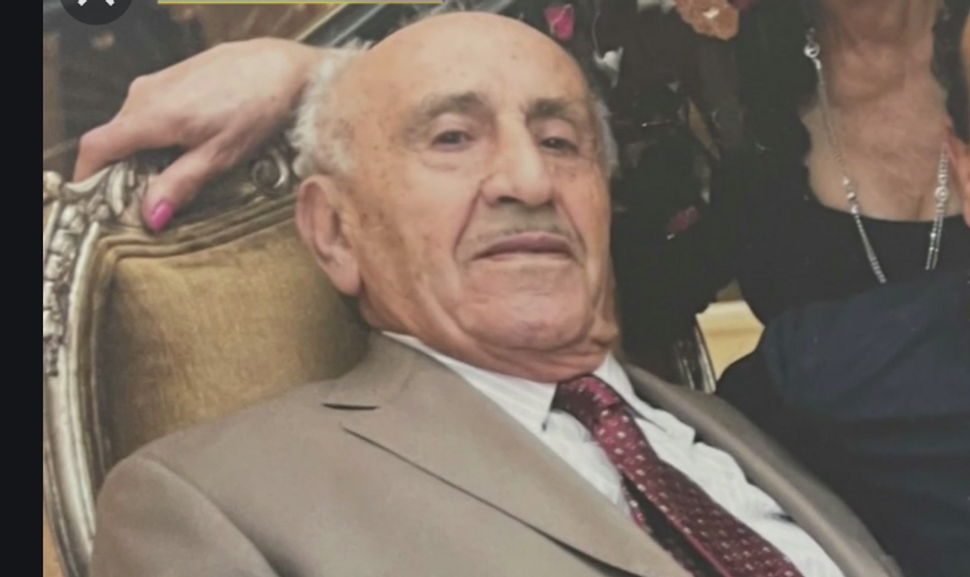 Los Angeles police are investigating the mental health of the suspect in the brutal bludgeoning murder of 104 year-old Youssef Mahboubian.

“In my opinion, he snapped that day,” Detective Steve Castro of the Los Angeles Police Department’s Valley Bureau homicide division told the Forward. “He flipped out.”

The suspect, 47-year-old Adam Dimmerman, =was arrested on a quiet residential area in Encino, a San Fernando Valley suburb of Los Angeles, in connection with two violent incidents occurring within a half-mile of each other. He was charged Monday with murder, attempted murder and assault with a deadly weapon.

The incidents, Mahboubian’s murder and a subsequent assault, were, “totally random,” said Castro. “Honestly the suspect is going to be mentally evaluated.” 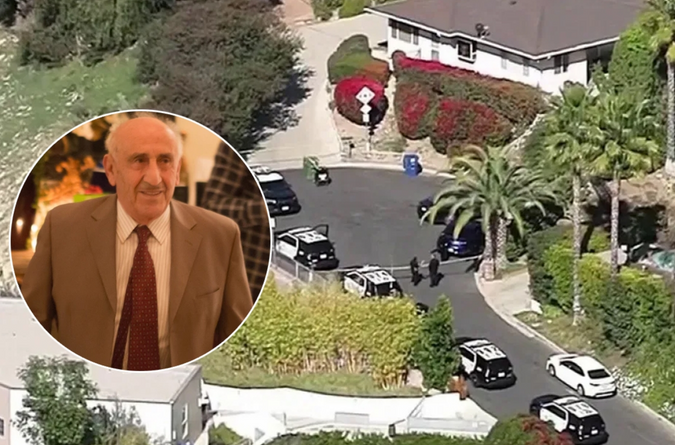 Youssef Mahboubian and the Encino, California home where his murder took place Courtesy of KTLA

Castro said the suspect was from Santa Barbara and had come to Los Angeles that day, though he declined to explain why he was in Los Angeles. He parked his car “quite a distance” from where the incidents occurred, and was walking his dog before encountering Mahboubian.

After murdering Maboubian, he then went on to assault a drywall worker beside the man’s truck.

“The guy approaches him and for no reason swings at him with an axe or hatchet or whatever you want to call it, strikes him in the arm,” Castro said.

As the worker fled, Dimmerman threw his axe at him, missed, retrieved it and walked away. The worker followed him until LAPD officers took him into custody and recovered the axe.

Around the same time, a Los Angeles Fire Department team contacted officers to report a nearby homicide.

“Sure enough that’s where Youseff is, bludgeoned, violently, with a weapon, consistent with what the suspect had,” said Castro.

Mahboubian was a beloved father and grandfather whose extended family is active in the Los Angeles Jewish community. LAPD are not investigating the murder as a hate crime.

The incidents occurred in the San Fernando Valley, home to a sizable Jewish population as well as several large synagogues, including Stephen Wise Temple, where the victim’s relatives are members.

On Friday, Jewish community members expressed shock over the violent nature of Mahboubian’s death. Sam Yebri, founder of the Iranian Jewish organization 30 Years After and a candidate for a Los Angeles City Council seat, said the murder comes against the backdrop of a 38% increase in homicides in the city.

“Friday’s news was an unimaginable tragedy for the Mahboubian family that should be a wake up call for all of us,” he told the Forward.

Iranian Jewish community activists said the killing of Mahboubian has raised serious concerns for their mostly insular community about the rise in crime in Los Angeles, especially in the upscale suburb of Encino.

“The attack occurred amid a surge in murders we haven’t seen in Los Angeles in over a decade, said Siamak Kordestani, an Iranian Jewish activist and board member of Jews Indigenous to the Middle East and North Africa (JIMENA). “Many are deeply concerned about our city’s future.”

George Haroonian, an Iranian Jewish activist in Los Angeles, called on law enforcement to step up its protection of the Jewish community and for L.A. county prosecutors to seek real justice for the Mahbobian family.

“We demand from authorities a stronger police presence, we demand full prosecution of criminals and not letting them go and justice for victims,” said Haroonian. “For the devastated family of Mr. Mahbobian, I suggest that these events should make our community get more involved in the civic affairs of the city that we live in.”

In December, Los Angeles police released a photograph of a suspect whom police described as a “30- to 40-year-old male Hispanic” from a video camera in the store. No suspect has been arrested yet in the Natanzadeh killing.

Karmel Melamed contributed to this reporting. This story will be updated.

LAPD is asking anybody with addition information about the incidents to call the LAPD Valley Bureau homicide division at (818) 374-1925.