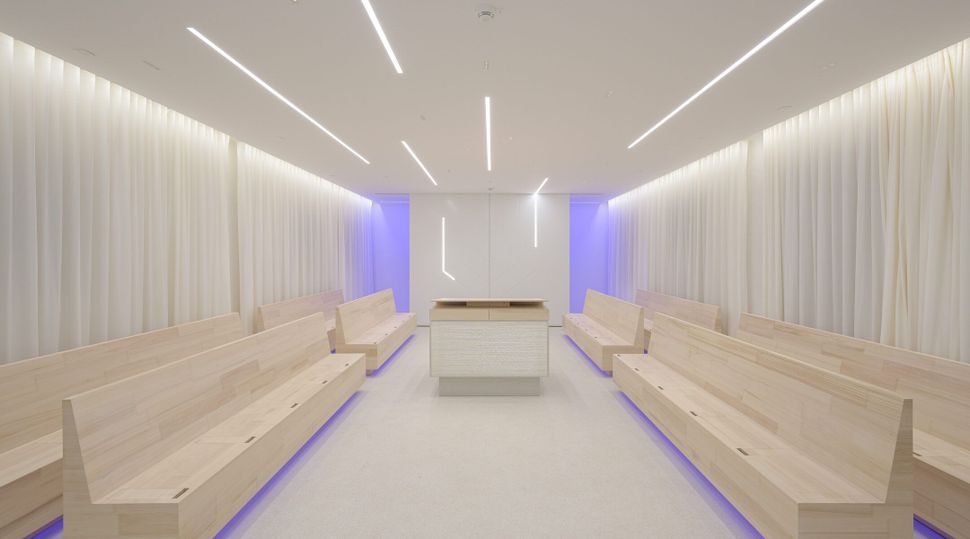 A view inside the synagogue at the University of Potsdam. By Maro Niemann

(JTA) — The city of Potsdam, Germany, has its first new synagogue since the Holocaust — and it’s quite a looker.

The synagogue is part of the newly inaugurated European Center for Jewish Learning at the University of Potsdam, which will also be the umbrella for the school’s School of Jewish Theology founded in 2013 and two egalitarian rabbinical seminaries – the progressive Abraham Geiger College (founded in 1999) and the conservative Zacharias Frankel College (also founded in 2013).

The synagogue is the first to open in Potsdam since the end of World War II, and the first synagogue ever to open as part of a university in Germany, according to historian Ulrich Knufinke, who contributed to an architectural guide about the renovation and construction project. It can house about 40 worshippers in its minimalist pews, and has white floors and walls that can be lit different colors. 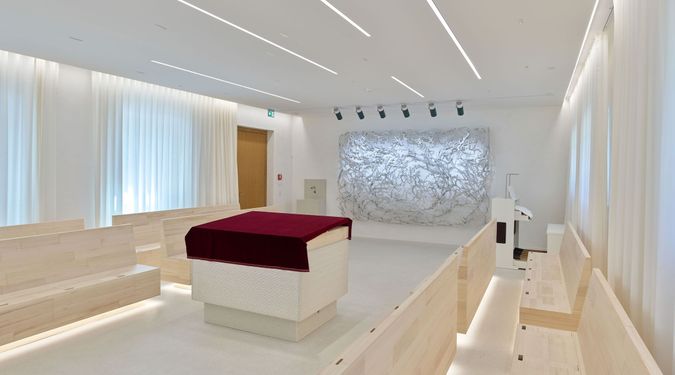 A view inside the synagogue at the University of Potsdam. By Eric Tschernow

The center, which aims to draw more applicants from across Europe, is located in the university’s campus at the 18th century New Palace in Sanssouci Park – a Unesco World Heritage Site. Its three programs currently have 80 enrollees, including 31 rabbinical students. Some of the 44 previous graduates of the rabbinical programs are working with Jewish communities in Germany and around the world.

The full cost of the project, 13.5 million euros, was covered by the state of Brandenburg. 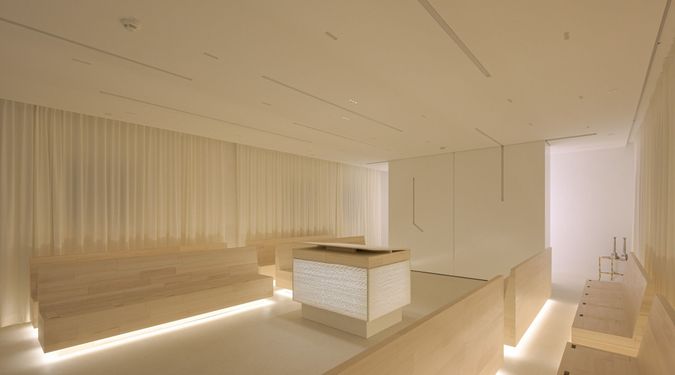 The synagogue is the first to open in Potsdam since the end of World War II, and the first synagogue ever to open as part of a university in Germany. By Maro Niemann

Speaking to a crowd of 250 at the ceremony, Steinmeier condemned the increase in openly expressed antisemitism in Germany, including “crude conspiracy myths” related to the coronavirus pandemic. He vowed to “take decisive action against those who spread hate and incitement.” Woidke said the new home for three institutions inspired “hope, gratitude and confidence.”

Several rabbinical programs opened in Germany after the massive emigration of former Soviet Jews to Germany, which began in the early 1990s and peaked in the early 2000s.

Interest in Jewish studies, including among non-Jews, is definitely on the rise, said Johannes Frank, managing director of the Ernst Ludwig Ehrlich Studienwerk, a Berlin-based scholarship foundation for students within the Jewish community, told JTA in an email. A new scholarship program has been added for international students, he noted. 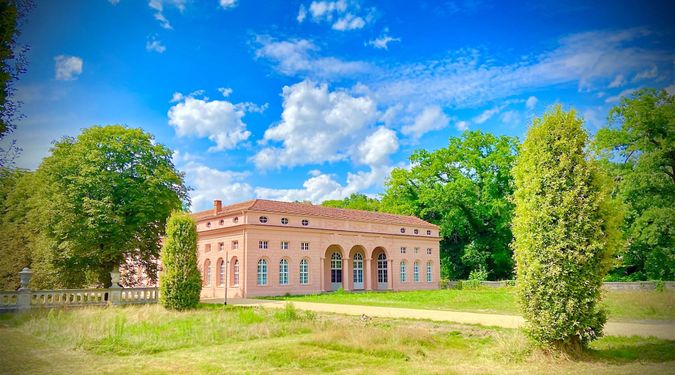 A view of the European Center for Jewish Learning in Sanssouci Park, Potsdam. By Walter Homolka

Rabbi Walter Homolka, director of the progressive Abraham-Geiger College, told JTA in an email that the ecumenical School of Jewish Theology “has become a prominent place for dialogue with other religions and with the humanities, but also for exchange with the secular world.”

“We need to ask ourselves what Judaism as a world religion can offer today for the solution of the ethical and moral dilemmas we face,” said Homolka, who also teaches Jewish religious philosophy.

Though the pandemic has curtailed in person learning, Homolka said he hoped to resume “face-to-face classes” and communal prayer services in Potsdam this fall.

“On the other hand, online teaching and Zoom sessions have brought us new followers and potential students, for example in Latin America,” he added. “We will certainly continue to use the virtual opportunities we had to familiarize ourselves with last year because of COVID-19, even after we return to classroom teaching.”