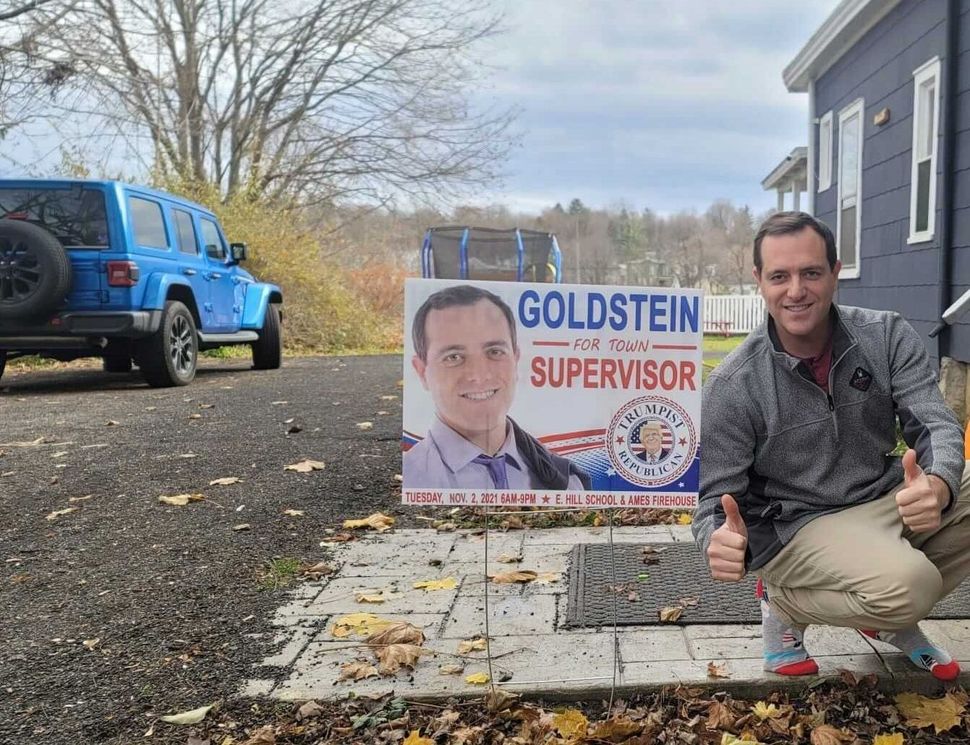 He made two unsuccessful bids for the Israeli Knesset, was twice a contestant on Israel’s Big Brother reality show, was arrested for failing to pay child support, invented an anti-vaccine mandate cryptocurrency and now awaits the results of an election too close to call for town supervisor of Canajoharie, New York.

Benny Goldstein, 44, is currently ahead of Ronald O. Dievendorf by four votes. The Israeli-born candidate moved to the town during the coronavirus pandemic and ran as a “Trumpist Republican” against Democrat Dievendorf, a well-known pharmacist who served two terms as mayor of the village of Canajoharie, which sits inside the larger town of the same name. The region leans heavily toward the GOP. 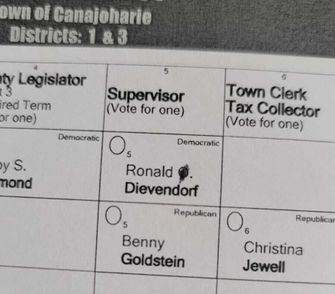 The election may ultimately be decided by the local board of elections or the courts, thanks to four quirky ballots among the 702 cast. A manual recount showed that on each of the four in question, voters filled in the “O” that is Dievendorf’s middle initial instead of the bubble next to his name.

County commissioners may assume those four ballots were meant for Dievendorf, and validate them. This would mean that both candidates received 342 votes — a tie. That would require a judge to rule on an objection filed by Goldstein, who argues that the ballots are invalid no matter what the voters intended. If the court refuses to intervene, the four-person town council would choose the winner, who would serve as supervisor for at least a year.

Goldstein, an attorney whose Hebrew name is Bentzion Yitchak, is frustrated by the unusual situation. “You know, you work so hard to get to this,” he said. “This is my passion. I feel like I can really give back to the community. And then, you are so close to a win.”

A political bid leads to a television contract

Goldstein’s campaign to lead Canajoharie, west of Albany, is not his first run for public office.

Born to American parents who moved to Israel, Goldstein — a dual citizen — ran for the Knesset in 2013 on the Calcala Party he co-founded with his brother Daniel. He outraged critics with an anti-government ad featuring a woman stripping. He was also lambasted about his arrest for failing to pay child support to his ex-wife. But he used that experience to call for reforms to benefit single fathers. His party didn’t meet the electoral threshold for a Knesset seat that year, and failed again in 2015.

But the publicity he garnered during the election inspired the producers of the Israeli version of Big Brother to recruit Goldstein as a contestant for its fifth season. He stood out for his jokes, deemed both funny and annoying. But he also appeared good-hearted and human to many fans in his unsuccessful attempt to woo housemate Shelly Varod, a 35-year-old sexologist. He was, to the surprise of many viewers, evicted in the early stages of the show but returned for the next season.

Goldstein then moved to the U.S. He first worked in the real estate industry with his brother Daniel, who was a trustee in the village of Lawrence, New York, on Long Island, and head of a management company. He met his wife, Shira, three years ago in the upstate town of Kingston. A tree hit and destroyed the home where she was living with her three children during a snowstorm. She sought help from Goldstein, who managed a multifamily complex in the area. He offered her a place to stay. They dated, got married and last year he purchased a home in Canajoharie. He is one of the few Jews in the area, and his wife makes the nearly hourlong drive to Albany to buy kosher food.

“She’s a true eshes chayil,” he said, using the Hebrew term for “woman of valor.”

Still interested in politics, Goldstein jumped into the race for a four-year term as town supervisor in this year’s election. Campaigning, he highlighted his support for former President Donald Trump and often noted that he was born in Jerusalem, which was recognized by Trump as Israel’s capital in 2017. 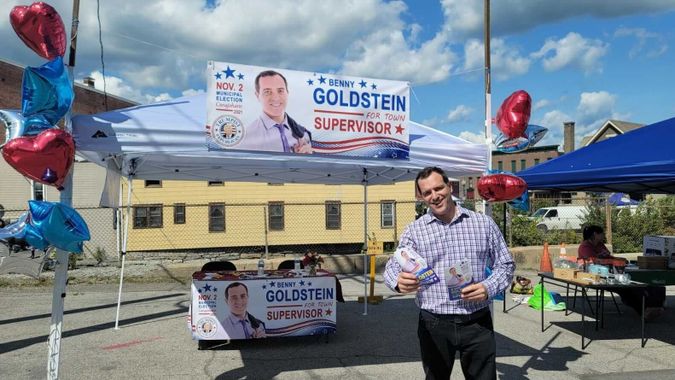 As he did as a candidate in Israel, he devised unusual campaign tactics, hosting both an “adopt a bunny” event and a bingo night. And on Election Day, he got into an argument with a poll worker by joking he was Trump and living in the White House, Goldsteins’s way of mocking the fact that he was not required to present identification at the polling place.

The election was close despite the fact that voters in the area skew Republican and chose Trump over President Joe Biden by a clear margin in 2020.

“Oy, I can’t sleep. I’m stressed, Goldstein told a local publication last week after his election night 20-vote lead shrunk to four votes. “My stress levels are through the roof.”

But he said he will be at peace if he winds up losing. He described a recent conversation with his father, Gedalya, who lives in Ashkelon, a coastal city in Southern Israel: “He said, ‘Let’s go over a list of all the things you’ve done in your life. You ran and you lost. But you are a success because you ran. You did more than the average person. You got out there and you tried. To me, you are a success.’”

Goldstein added that he drew inspiration from the late Israeli politician Shimon Peres, who despite a number of electoral blows never stopped trying. “Am I a loser? No,” Peres famously said in 1997 after losing the premiership to Benjamin Netanyahu. Peres later became Israel’s ninth president. “It stuck with me,” Goldstein said. “He tried and tried and tried, and at the end, he was a winner.”

In order to end the deadlock in Canajoharie, Goldstein proposed a rotation deal, a solution similar to that which ended Israel’s political deadlock this spring after four inconclusive national elections. But his opponent outright dismissed the idea. “He’s very stubborn,” Goldstein remarked about Dievendorf. “He wants the recognition that I lost to him.”

While he’s awaiting the election’s outcome, Goldstein is busy launching a new cryptocurrency aimed at fighting the government’s vaccine mandate. The coin is named “Fuc Vax.” 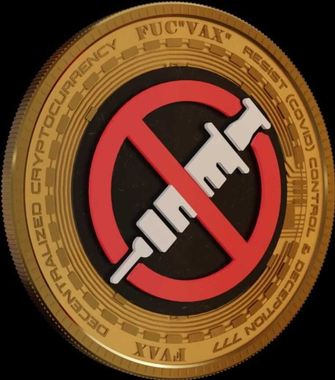 “It’s kind of like a freedom coin,” he said. “People that don’t believe in the mandate will buy the coin to show support against it. I have a list of people already waiting to purchase it, and hopefully we’ll pick up momentum — please G-d.”

Goldstein said the proceeds from the coin will fund efforts to fight vaccine mandates and assist people who have lost their jobs because they refused to vaccinate themselves. “I’m pro choice,” he explained. “I’m not against the vaccine. I am against the government pushing it down their throats. Let people choose what they want.”

If he prevails, Goldstein said he will seek to attract new investments in the town and hope that during his tenure the area will welcome a few more Jews, enough for a minyan. And he’s already thinking about his next political race “down the line” — running for the New York State Assembly.