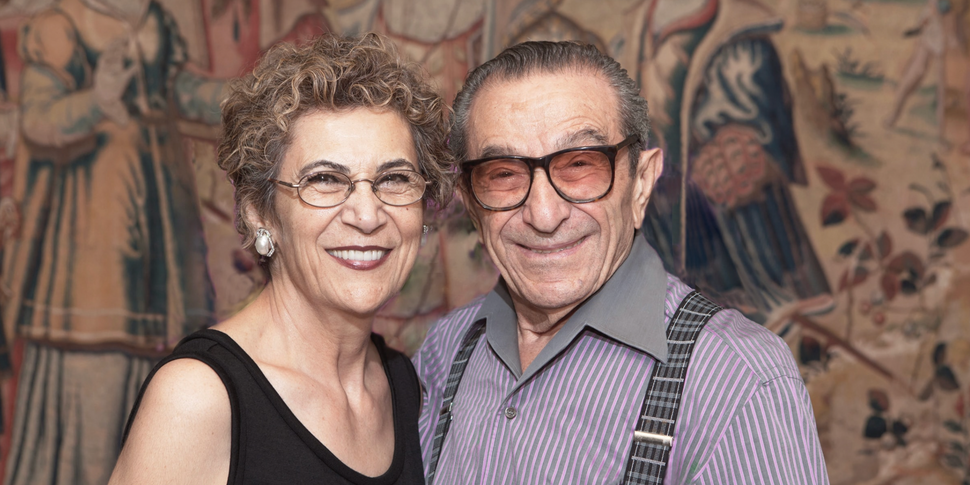 Local Iranian-Jewish community members remembered Nazarian as a pro-Israel advocate who gave millions to organizations in Israel as well as to Jewish and non-Jewish causes in Southern California. “He truly believed that strengthening Israel was the only key to the future survival of the Jewish people,” said Jimmy Delshad, former mayor of Beverly Hills.

Nazarian was born in 1931 in Tehran’s Jewish ghetto to David and Golbahar Nazarian, children of Georgian survivors of pogroms and immigrants to the northwestern Iranian town of Urmia. Following his father’s death in 1935, Nazarian and his older brother, Parviz, grew up in poverty as their mother worked as a tailor.

As a young boy, Nazarian worked in selling and replacing light bulbs in the alleys and bazaars of Tehran. He moved to Israel after the country’s founding with his mother and worked alongside his brother in the construction industry. Later, the two brothers formed Techno-Is, which imported and distributed throughout Iran various construction machinery and parts from Europe, America and Israel.

Following the turmoil of Iran’s 1979 Islamic Revolution, Nazarian and his family fled Iran and settled in Los Angeles, with numerous family members living for months in three rented hotel rooms. “He lost everything when he came to America,” his son, Sam Nazarian told Bloomberg. “He was 49, and I never once heard him talk about what we had, what we lost, what we used to be. I would hear that from my parents’ friends but never from my father.”

Using money owed to their company from European buyers, the Nazarians bought Stadco, an aerospace manufacturing company in downtown Los Angeles, for $11 million. In 1984, they co-founded the technology company Omninet, which joined forces with Qualcomm in 1988 to develop a satellite-messaging system for the long-haul trucking industry. By 2010, Nazarian’s stake in Qualcomm was worth $1-2 billion according to Bloomberg.

The [Y & S Nazarian Family Foundation] (http://yandsnazarianfamilyfoundation.com/)made donations totaling $5 million to UCLA, which helped establish the Israel Studies Program in 2005 and the Younes and Soraya Nazarian Center for Israel Studies. Soraya and Younes Nazarian (left) lay the cornerstone for a new Library wing at University of Haifa, July 2007 Courtesy of Wikipedia

“So many institutions and people were beneficiaries of his kindness and generosity, often without knowing he was the donor,” said David Seigel, former Consul General of Israel to the Southwestern region and current president of the European Leadership Network.

Foundation recipients included the University of Southern California, California State University Northridge, the Milken Community High School, the Jerusalem Academy of Music & Dance and a partnership between the Mayo Clinic and the Sheba Medical Center in Israel.

Community activists praised Nazarian and his brother, who passed away in 2017, for encouraging many of Southern California’s Iranian Jewish families to get more involved with philanthropy for Israel.

Nazarian is survived by his wife Soraya Sarah Nazarian, their children Sam, David, Shulamit and Sharon Nazarian, and 10 grandchildren.