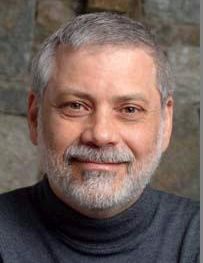 In April 1941, a Romanian census taker came to the home of a suspected Roma Gypsy working as a blacksmith in the picturesque town of Schaas. The senior Nazi statistical official observing the process wrote, “He did not dare to deny his ethnical descent as Gypsy.” The census taker instructed: “Now, please write: Gypsy.”

Shortly thereafter, that Gypsy blacksmith’s census questionnaire, filled out by simple pencil, joined thousands of similar questionnaires at the Romanian Central Institute for Statistics facility. This facility was equipped with the latest IBM Hollerith high-speed punch-card machines, specifically programmed for the Romanian census. IBM’s Hollerith punch-card system stored any information, such as ethnic type, profession and residential location, in the rows and columns strategically punched. The cards could then be counted and cross-tabulated at the rate of 24,000 cards per hour, yielding almost any permutation of data.

To help systematize the persecution and extermination of minorities, the Romanians used custom-designed punch cards, printed exclusively by IBM, which included special columns and rows for all ethnic groups, including Roma Gypsies. The printed census forms were approved for compatibility by IBM engineers, ensuring each of the numbered boxes on the printed census forms corresponded to the designated punch-card column. Because this was a state-of-the-art census, the women operating IBM equipment were all at least high school educated.

Within a year of being identified, an estimated 25,000 Gypsies were rounded up pursuant to the Romanian Interior Minister’s order #70S/1942. Typically, roadblocks were set up on the outskirts of town as gendarmes, with lists of names, fanned out to arrest the Gypsies. Gypsies were then deported in trains, which were scheduled and tracked by IBM’s leased and regularly serviced Hollerith machines. Their destination was a death of starvation, beatings or execution every bit as horrible as that experienced by the Jews of Romania.