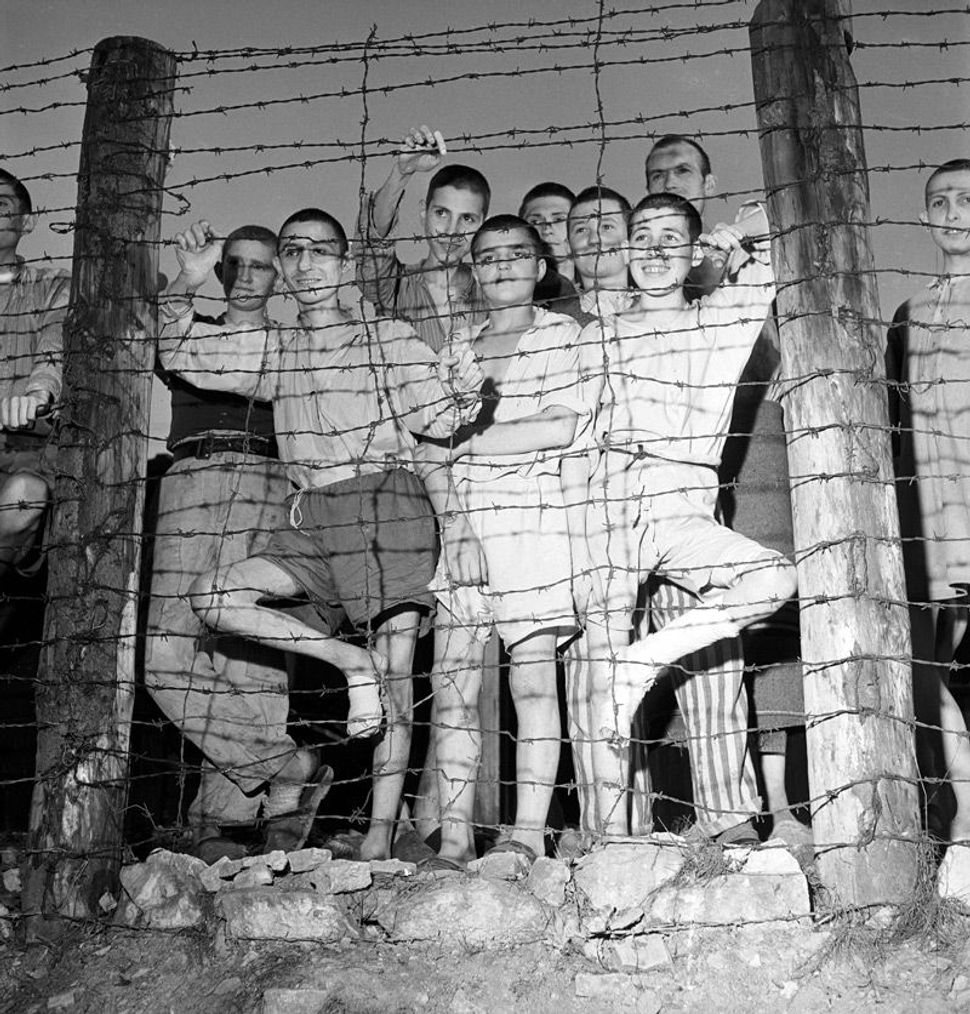 Sixty-five years ago, on April 11, 1945, armored units of the U.S. Third Army advancing east in Germany came upon an enormous fenced concentration camp. What American soldiers and other visitors saw in the days that followed defied their understanding. 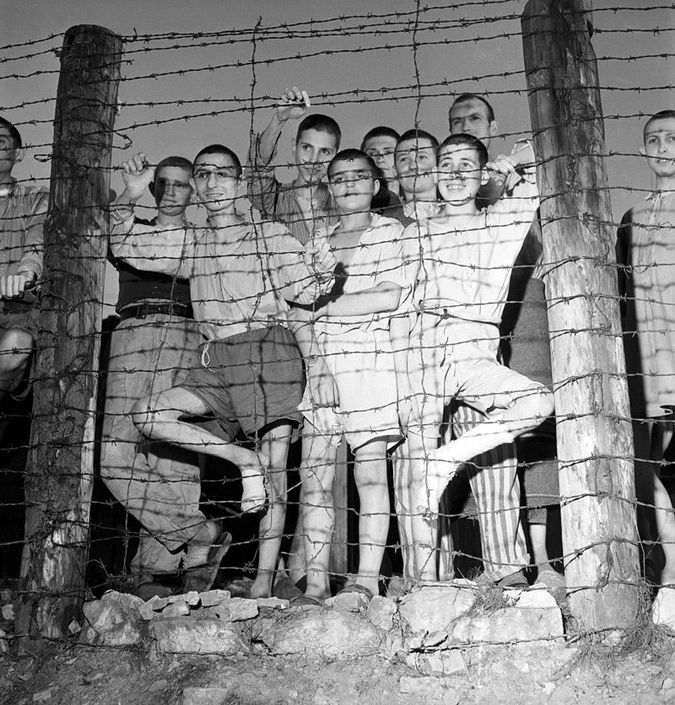 Buchenwald, located just north of the city of Weimar, was the first large Nazi concentration camp liberated by American forces. During the previous week, SS guards had led many prisoners out on brutal forced evacuations. Finally, the SS guards fled before the approaching American tanks, and the camp underground briefly took charge.

The Americans arrived to find hundreds of dead bodies lying on the ground and stacked up on trucks near the crematorium. And then there were the living: “Some hop on crutches. Some hobble on stumps of feet. Some run with angular movements. Some glide like Oriental genies,” reported two American intelligence officials who were among the first on the scene. They also noted the large numbers of “children, six to fourteen years old” who were “shrieking and playing, playing where the smell of death is still thick in the air.”

Broadcast journalist Edward R. Murrow, who traveled with the Americans, reported “an evil smelling of horrors” and spoke of hundreds of men and boys dressed in rags and the remnants of uniforms reaching out to touch their liberators. He described young boys showing numbered tattoos on their arms.

Some prisoners ran to the fences and leapt in happiness. They threw an entering American soldier high up in the air in a blanket. Prisoners climbed on barrack roofs and broke through the fences. Other prisoners were so weak that they could not raise themselves to leave their barracks. They stared out from their dark roosts through sunken eyes.

An American chaplain with a Star of David on his uniform, Rabbi Herschel Schacter of New York, went around explaining in Yiddish to the prisoners who were still in their barracks that they were now free: “Yidn, ir zent fray, ir zent fray!”

In retrospect, the moment of liberation was electric — un-freedom ended, and freedom began. But the joy was tempered. The prisoners had lost too much, their burdens were too great. Orphaned boys did not know where their parents were. Many prisoners were in pain and would soon confront new questions: What now? What next?

Prisoners saw themselves reflected in the horrified eyes of those who stared at them. Elie Wiesel, then a teenager, remembered the first soldiers, their faces ashen. “I shall never forget their eyes,” he said. Such eyes reflected astonishment, bewilderment, pain and anger. Many soldiers wept.

The moment of liberation brought together people who did not yet fully or mutually understand what had transpired. The liberators were fighting in a world war; the liberated included many who had been caught up in a genocidal cataclysm. Encounters between prisoners and soldiers and other visitors were often awkward and uncomprehending. Some prisoners could not fathom freedom. Many visitors who came could not comprehend a concentration camp.

More than 20% of the 21,000 survivors found at Buchenwald were Jews. Many Jewish prisoners had been in Auschwitz and its satellites. They had arrived at Buchenwald after death marches, and had refused and actively resisted orders to embark on similar marches in the final days. In a sense, their experiences were beyond what could be seen.

Knowledge of the special treatment the Nazis meted out to the Jews of Europe was surprisingly limited among many who came to see the camp. “Why are you here?” asked Joseph Pulitzer II, publisher and editor of the St. Louis Post-Dispatch. “Because I am a Jew,” a Polish Jewish teenager told him. “Do you understand?”

Only in the weeks and months that followed would the world begin to better comprehend. Photographer Margaret Bourke-White and several U.S. Signal Corps filmmakers worked extensively at Buchenwald. The images piled up in the weeklies and filled the newsreels. The camp became a global spectacle. The whole world watched.

The camp’s prisoners, for their part, could now begin to think about the future. Committees formed of Jews trying to find missing family members. National committees sought to repatriate their brethren to former homes in their native lands.

Over the past 65 years, the prisoners liberated at Buchenwald have settled around the globe, built new lives for themselves, and started families and careers. Their numbers include famous writers — including two Nobel laureates, Wiesel and Imre Kertész — successful businessmen, professors, engineers, rabbis, builders, clothing makers, salesmen and more.

Many have devoted themselves to telling their stories in schools and elsewhere. Since the 1980s and 1990s, they have played key roles in creating and leading new Holocaust education centers and museums in the United States, Canada, Australia and elsewhere.

Now, 65 years later, on April 11, 2010, a ceremony at Buchenwald will once again mark the anniversary of the camp’s liberation. This may well be the last major commemoration to draw an appreciable number of survivors. Many came to the 50th anniversary. Fifteen years later, there are fewer alive and able to make the trip. These represent the youngest of the liberated, the survivors of the survivors.

Those who were at Buchenwald and other sites of Nazi terror and extermination are now leaving this world. Many have worked — and are still working — to ensure that the memory of their experience does not depart with them. As President Obama and Elie Wiesel both emphasized at Buchenwald in June 2009, the work of remembrance is not yet finished. We are still on a long journey of understanding. The world has not yet learned. These survivors continue to help us understand.

Kenneth Waltzer is a professor of history and director of the Jewish studies program at Michigan State University. He is currently completing a book about the rescue of children and youths at Buchenwald.