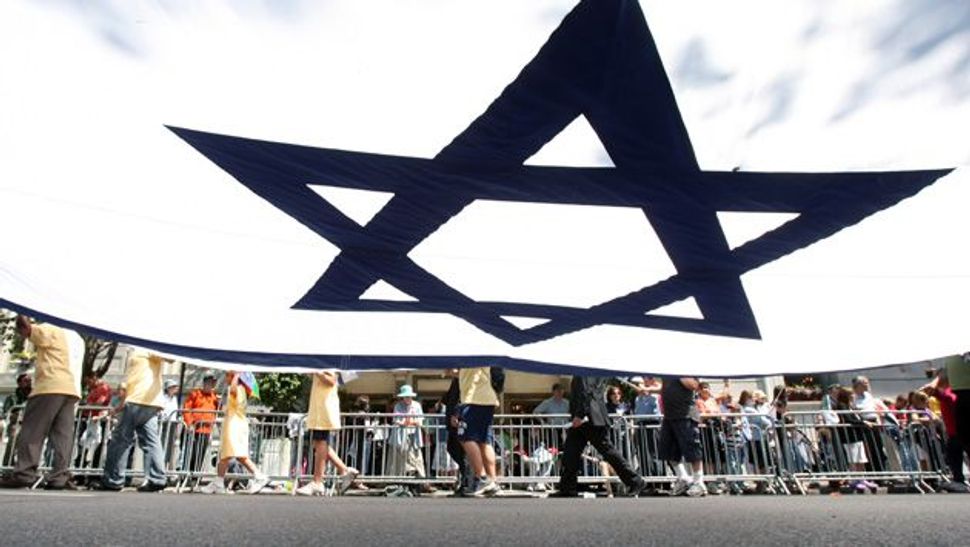 An ardently pro-Israel Catholic friend regularly takes out his frustration on me. He demands to know why American Jews aren’t outraged at President Obama for his chilliness to the Jewish state, why, when it comes to the existential dangers facing Israel, most Jews don’t seem to “get it.”

A partial explanation may lie, surprisingly, in what conservative journalist William Kristol calls “the pro-Israel wing of the pro-Israel community.” Precisely the folks who most want to make the case for Israel as a crucial friend and ally of the United States might, in fact, alienate more support than they attract.

Kristol, whom I admire, has just launched the Emergency Committee for Israel, aimed at supporting genuinely pro-Israel politicians over ones who are not genuinely so. The group’s first outing is a media scorching of Pennsylvania’s Joe Sestak in his quest for Arlen Specter’s Senate seat. A TV ad the group bought asks accusingly, “Does Congressman Joe Sestak understand Israel is America’s ally?” With paranoiac music in the background and jumpy still-frame footage, it accuses him of raising money for a “front group for Hamas” (based on a speech he gave at a Council on American-Islamic Relations fundraiser) and other offenses.

I wish Bill Kristol and Gary Bauer, his conservative Christian partner in launching the Emergency Committee, the very best of good fortune. Israel’s most steadfast friends today are disproportionately on the right, and it would be beneficial if more American Jews understood that. Yet the right itself is going through a bit of a personality crisis, and this appears to be having an effect on pro-Israel advocacy.

Partly it’s the poisonous influence of the Internet, which encourages bellicosity and nastiness, radiating in its effect on radio and TV talk celebrities whose business thrives on paranoia and jeering. Whatever the cause, conservative activism is increasingly short on vision, making up for that deficit with displays of anger. The same spirit infects Israel activism.

I’m on a variety of the usual excitable Jewish e-mail lists. Not long ago the Israel ones were abuzz with admiration for a young conservative columnist’s “open letter” to American Jews, published on the popular Townhall website. It asked us, regarding Obama, to “please pull your heads out of your posteriors.” The writer, Ben Shapiro, proclaimed his own religiosity (“I go to synagogue regularly, keep kosher, keep the Sabbath”) notwithstanding his vulgar rhetoric. His point was to depict Obama as an anti-Semite. No, make that a Nazi: “Rahm Emanuel’s presence in the Obama cabinet doesn’t ameliorate Obama’s anti-Semitism — it just provides it convenient cover. Al Sharpton wrongly called Condoleezza Rice and Colin Powell ‘house negroes’; Emanuel is a kapo.”

What I keep waiting for, amid all this language that ranges from needlessly extreme to absurdly abusive, is evidence of a vision, a worldview, to justify our claim on America’s loyalty to Israel. It doesn’t have to be religious. My colleague George Gilder’s recent book “The Israel Test” offers a remarkably original and secular explanation of why Israel matters, never descending to the customary impotent clichés (“only democracy in the Middle East”). He argues that Israel is a Rorschach test, revealing how a person or nation regards the human capacity for creative genius.

It matters what the vision is, but the absence of one — and the invoking of fear as a substitute — is no formula for winning anyone to our side. It certainly leaves this Jew cold.

Perhaps that’s because it reflects a flattened and foreshortened Jewishness. A famous essay by the late Rabbi Joseph Soloveitchik clarifies this beautifully. In “Kol Dodi Dofek” (“Listen, My Beloved Knocks”), Soloveitchik writes about the two covenants by which the children of Israel entered into their relationship with God.

The first, confirmed passively by God’s liberating them from Egypt, Soloveitchik associates with the biblical image of “Encampment.” After the Exodus, the Jews encamped in the desert for self-protection, out of fear. It was only at Mount Sinai, in freely accepting the covenant of the Torah, that they became not merely an Encampment but a “Congregation.”

A Congregation stands for something beyond self-preservation. The Hebrew word for Congregation, edah, shares a verbal root with ed, or witness. Israel is called to witness to something transcending itself.

Those who yearn for the Jewish state’s safety, whether they are Jewish or Christian, need to be able to explain what, beyond mere survival, Israel stands for. That we cannot do so now, it often seems, bodes poorly for the very cause about which we care so much.

David Klinghoffer is a senior fellow at the Discovery Institute and the author of “How Would God Vote?: Why the Bible Commands You to Be a Conservative” (Doubleday, 2008).