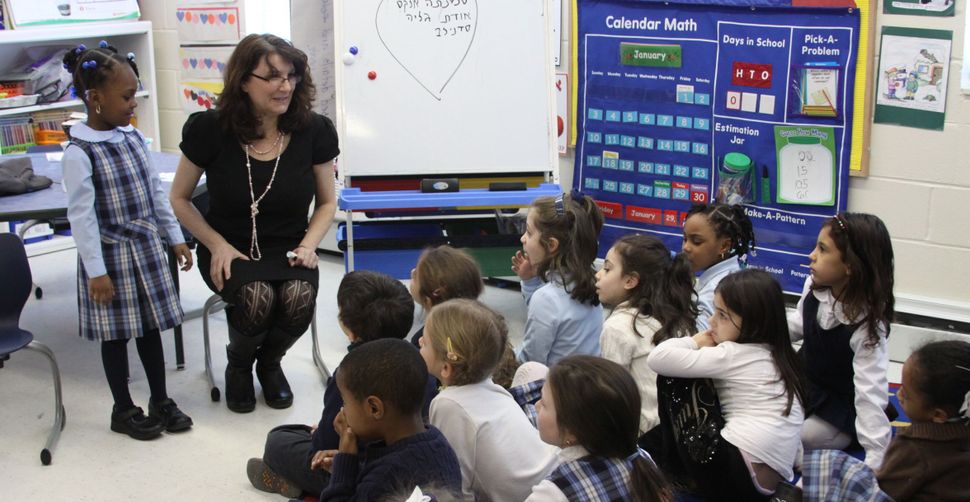 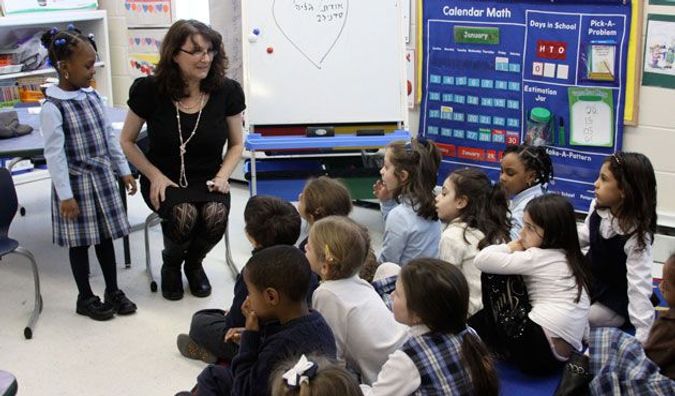 All I hear about these days is the “Jewish future.” Yeshiva University has its very well-capitalized Center for the Jewish Future; federations around the country have established commissions on the Jewish Future. Long gone are “continuity” and “renaissance,” buzzwords that came out of the traumatic findings of the 1990 National Jewish Population Survey, which suggested a coming demographic disaster for America’s Jews.

The Jewish future? Winston Churchill taught us, “The future, though imminent, is obscure.” Well, the Jewish future is here, and it is not obscure at all. The system, at least with respect to the most prominent prescription for the future — education — is broken.

Jewish parents find themselves increasingly caught between rising day school tuitions and declining real-dollar income. Teachers’ salaries in many Jewish day schools are disgraceful. And because in tough economic times, schools cannot afford to alienate anyone, day schools are increasingly parent-driven — not necessarily a good thing. Add to these a rather flaccid commitment on the part of federations to Jewish education. The system is collapsing.

One solution that has emerged as a potential magic bullet to solve all these problems is the Hebrew charter school. The charter school is a publicly funded school organized by private sector sponsors for the purpose of emphasizing a particular approach to education or curriculum. The school follows the normal rules of public school governance. In the case of “Hebrew” charter schools, it’s about learning Hebrew and gaining some appreciation of Israeli society and culture.

This does solve the immediate financial dilemma: Hebrew language charter schools are a viable alternative for many Jewish families that are not rooted in or committed to religious education and see Hebrew learning as a way to provide their children with a Jewish connection.

In reality, the charter school is not much more than a replay of the Talmud Torah movement, regnant from the 1920s through the ’50s as the vehicle for Jewish education. Talmud Torahs (or “Hebrew schools,” as many were known) were afternoon schools that varied greatly in quality and provided the basics for successive generations of Jewish children. But when we compare this initiative to the Talmud Torahs, it becomes clear what a bad idea charter schools are.

The Talmud Torah was often all that was available in the community and, in its time, often provided quality text-based education. Charter schools, being publicly funded, are prohibited from teaching any kind of religious education or other sort of substantive Jewish subject. Even in the realm of Hebrew, the Talmud Torah often had quality teachers who came out of the ideologically driven Tarbut Ivrit (Hebrew Culture) movement. Who will the charter schools get to teach language at this level?

The Hebrew-based charter school represents a further erosion of the classic text-based Jewish curriculum. This erosion has been evident for some time in those day schools rejecting Talmud and other text-centered education as being inaccessible to many students, or irrelevant to their needs, or too difficult, or too “religious.” The charter school takes this erosion to a new, dangerous, level by separating Hebrew learning from Judaism completely.

At the same time, the charter school movement has made any number of day schools — especially community day schools — vulnerable. As the economy takes another dip, the Jewish community might, in fact, lose even more schools. Charter schools might be perceived by substantial numbers of American Jews as the best vehicle for Jewish continuity. But as Jewish communal observer Marc D. Stern, associate general counsel of the American Jewish Committee, put it, “If the charter school takes off, it will change the face of Jewish education — and not for the better.”

It has been clear for some time that many middle-class Jewish families are reluctant to sacrifice their lifestyles to pay the day school bills. Ultimately, the answer to the tuition crunch and other economic pressures on Jewish education needs to come from the federations and not from charter schools.

It is an exaggeration to say that the federations have been re-arranging deck chairs on the “Titanic.” The traditional day-to-day social service delivery network still does come from the federation system; some of these long-established services still very much work, even 100 years down the pike. But there are certain services that we just don’t need anymore, or for which funding might be reduced in order to support education. If day schools are starting to close — and some already have — there needs to be some reordering of priorities.

The problem is that the federations have traditionally had heartburn when the word “reallocations” is whispered, and it is reallocation that will go a long way toward saving the education system. Reallocations cause pain; they cause divisiveness. The federation model, one of consensus, does not lend itself to visionary approaches, and it certainly has reacted with horror to the merest hint of reallocating resources, in a major way, to education. The result: Day schools will continue to remain on their own, and the bargain will be the charter school.