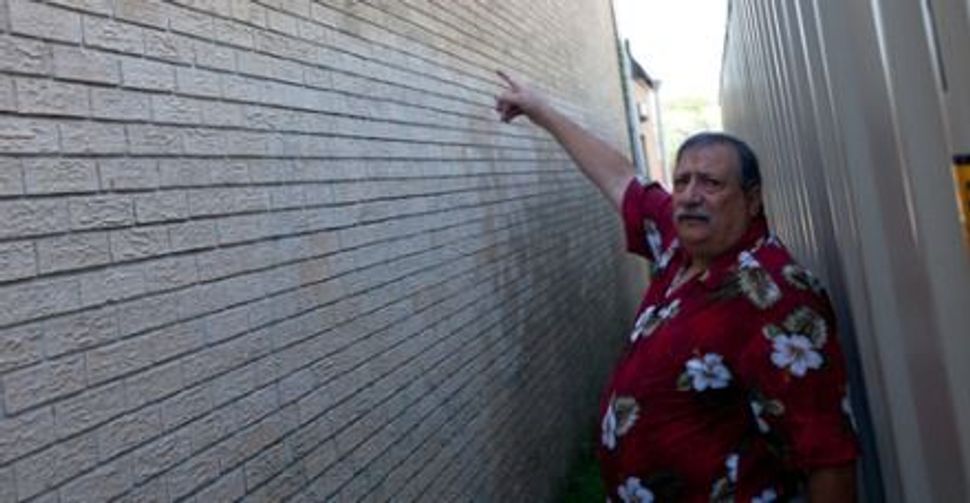 Rabbi Mendy Goldberg of the Chabad House of Coram, on Long Island, N.Y., was one of scores of people interviewed by Forward reporters examining the scope and impact of a federal program providing grants to nonprofits at risk for terrorism. “There were a few incidents of anti-Semitic slurs and vandalism,” he said. “Then we found that if the government was willing to pay for it, we should improve security.” In 2007, with the help of the Lubavitch organization, Goldberg’s Chabad House received a grant to install closed circuit cameras, extra lighting, an alarm system and electronic monitoring.

So the question is: Should you have paid for this?

Should public funds be used to upgrade security at an avowedly religious institution through a federal program whose guidelines give an advantage to those religious institutions? When the Nonprofit Security Grant Program began in 2005, it was not sold to Congress as a Jewish earmark, but it certainly acts like one today, with the vast majority of grants going to Jewish organizations not by accident, but by design. At the time, the Anti-Defamation League criticized the program on constitutional and policy grounds, and its warnings were prescient.

For more, see the Forward’s investigation into the federal Nonprofit Security Grant Program.

The program undoubtedly has made many synagogues, day schools, JCCs and Chabad houses feel more secure. But at great cost to constitutional principle and communal fairness.

The constitutional test should be obvious. Would the Jewish leaders who lobbied for this program and boast of their success in winning grants each year react so positively if three-quarters of the federal funding instead went to mosques and evangelical churches? Once that nebulous but powerful line between religion and state is violated, we can never be sure which group will receive the next benefit.

The ADL also warned that the grants program would lead to “divisive intra-communal competition” for scarce resources and to a politicization of the process. That, indeed, is what has happened.

The Forward’s analysis shows that Orthodox institutions are dramatically overrepresented in the distribution of these grants, with the relatively small number of Chabad institutions receiving more than Reform synagogues, the largest denomination in the country. Partly that’s because Reform’s leaders also expressed serious doubts about the constitutionality of the program; Orthodox Jews are less troubled about that. But it’s also because the Orthodox community had the clout and organizational skills to push its constituencies to apply for the grants.

If security is such a problem in 2011, then the Jewish community should pay for itself to be safe, and not become dependent on receiving federal money that sets a worrisome and, frankly, embarrassing precedent. This is not a line we should cross again.