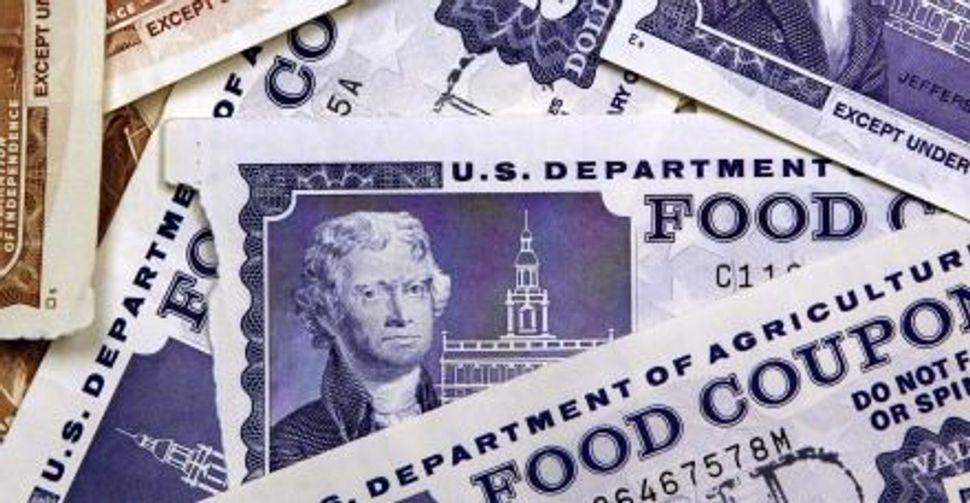 The last time that Steve Gutow, president of the Jewish Council for Public Affairs, tried to live on an average budget of food stamps for a week, it was 2007, and the allotment was $21. He ate a great deal of lentils, rice, onions, eggs — not such a hardship, since he’s a vegetarian — and a bag of cereal lasted as breakfast for the week. He could afford very little fresh fruit and vegetables, and he forgot to buy coffee.

Gutow says he’s not making that same mistake this year, as he joins the fourth annual campaign of faith leaders trying to persuade Congress not to cut the program now known as the Supplemental Nutritional Assistance Program. This year, the allotment is $31.50. And this year, he plans to buy a small jar of instant coffee for the week.

Sure, it’s a gimmick, and he’s the first to admit it. After seven days, he can spend $4.50 on a cup of coffee instead of a day’s worth of food and drink. But that’s the central problem with our understanding of poverty and depravation. It is so removed from our ordinary lifestyle of abundance and choice that it takes a gimmick like this to enter, if only for a limited period of time, the world of the 45 million Americans who rely on food stamps, and Congress, to eat.

Hundreds of people have signed up for this latest challenge, which begins on October 27, including members of Congress and the faith leaders from JCPA, Catholic Charities and the National Council of Churches who argue that “God does not expect any of us to turn our backs on others in need.” As gimmicks go, this is a worthy one.