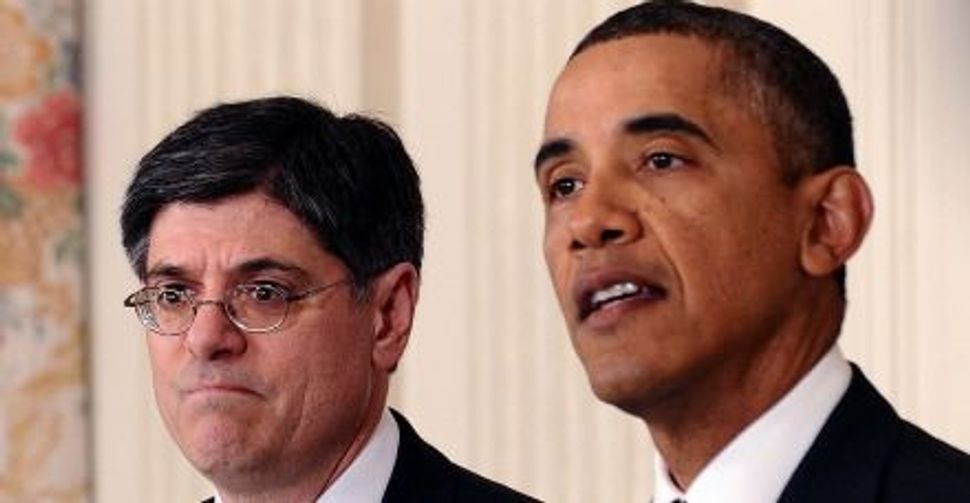 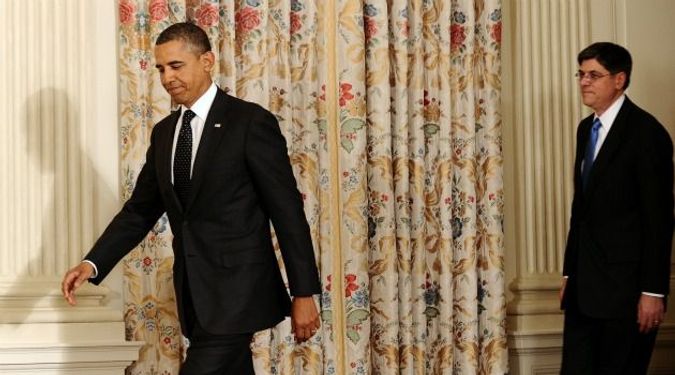 Jack and Barack: Jack Lew is the new White House chief of staff. How will he as an Orthodox Jew deal with issues like shabbat? Image by getty images

I hold two truths to be self-evident: First, the Jewish people and the world need Shabbat like never before. Second, the Torah intends for Jews — especially observant ones — to be visible, engaged in society and capable of taking on responsibility for others as opposed to just looking out for their parochial interests.

In most cases, these two truths coexist in harmony: Six days a week, a Shabbat-observant Jew can and should engage fully with the world and use the passion and wisdom of the Jewish tradition to make a mark on the broader society. And on the seventh day, like God before her, she should rest, turning within to rejuvenate, to recharge and to model the promise of a weekly respite from non-stop labor.

But how do we think about Shabbat-observant Jews performing those functions that require seven days of work, or at least occasional work on Saturdays? As Jack Lew, a Shabbat-observant Jew takes over as White House chief of staff, these questions are all the more relevant. What is the role of Shabbat in an increasingly 24/7 world? Can we revel in the appointment of an observant Jew to the highest and busiest of executive jobs without compromising our covenantal obligations in the name of Shabbat?

We live at a moment when interest in Shabbat is being rekindled, as broad swaths of people feel enslaved by the incessant nature of the information age. We are witness to a world crying out for a Sabbath.

Shabbat-observant Jews would seem to have a heightened obligation then to turn off, power down and stay at home. We have something precious to teach the world and our most influential members must lead the charge. Shabbat stands for humility in a world of such total human domination that we risk forgetting that we did not bring this world into being. And it stands for a vision of human society that rejects the constant work that characterizes slavery.

Still, working for the government on Shabbat presents observant Jews with an interesting and unique dilemma. Jewish sources have grappled with Jewish power in the past, but mostly in the context of lobbyists and attachés to power, rather than those who wield power themselves. While there is a rich legal literature regarding those who are kerovei malkhut — Jews involved in governmental circles who are in a position to appeal to gentile authorities on behalf of Jews — there is comparatively little on those actually involved in malkhut, the administration of society. Sometimes the categories of pikuah nefesh — the authorization to violate Shabbat in order to save a life — are applied creatively and broadly. But this skirts the issue: Are Jews authorized and empowered to do the 24/7 things that are required for a modern society to function? Should we really say that Jews, at least in a gentile, diasporic government, may have to be among the represented, but not among those who represent?

In the Babylonian Talmud, we get hints of what another approach might look like. Rav Sheshet, a Babylonian sage of the third and fourth centuries CE, issues the following bold ruling: One who is purchasing territory (from a gentile) in the Land of Israel may write the bill of sale even on Shabbat. The Talmud is so shocked by this ruling — writing is a core violation of Shabbat and no lives are at stake! — that it assumes that it must have been misunderstood. Rav Sheshet is amended to make the more moderate statement that one can instruct a gentile to write the bill of sale, such that the violation of Shabbat is indirect and done by a non-Jew.

But as any good student of Talmud will tell you, the original version of Rav Sheshet would not have been preserved were it a mere error in transmission. While its conclusions were unacceptable to the Talmud’s editors — completely understandably — it is highly likely that Rav Sheshet himself in fact said what he is quoted as saying. How could he issue such a radical ruling, seemingly at odds with the universally accepted principle that only danger to life trumps Shabbat?

It seems Rav Sheshet is sensitive to the need to take statecraft seriously as a value in and of itself. Without control of the Land of Israel, argues Rav Sheshet, there can be no sovereign, independent Jewish society that will truly stand for the values of Shabbat and Judaism more broadly. Just as the preservation of life supersedes Shabbat because Shabbat is meant to be a lived mitzvah, one that cannot be fulfilled in death, so too, for Rav Sheshet, acquiring control of Jewish space is a prerequisite for creating a Jewish world that can model Shabbat in all of its fullness.

We live in a thrilling moment for Shabbat observance. It is a moment in which the general culture is truly ready to hear much of its message. And it is also a moment in which being observant is not a barrier to serving one’s country and society at the highest echelons of power. I am sure Jack Lew will find ways to avoid all unnecessary meetings on Shabbat and will be in a position to avoid certain concrete physical tasks like writing that have been core elements of Shabbat observance for millennia. But when he does find himself in the office on a Saturday — beckoned by the president to deal with issues of national concern — I hope he and we will remember Rav Sheshet’s insight: The Jew’s commitment to infusing our world with Jewish values and leadership is ultimately a 24/7 endeavor.

Rabbi Ethan Tucker is Rosh Yeshiva and Chair of Jewish Law at Mechon Hadar, an institution of higher Jewish learning based in New York City.