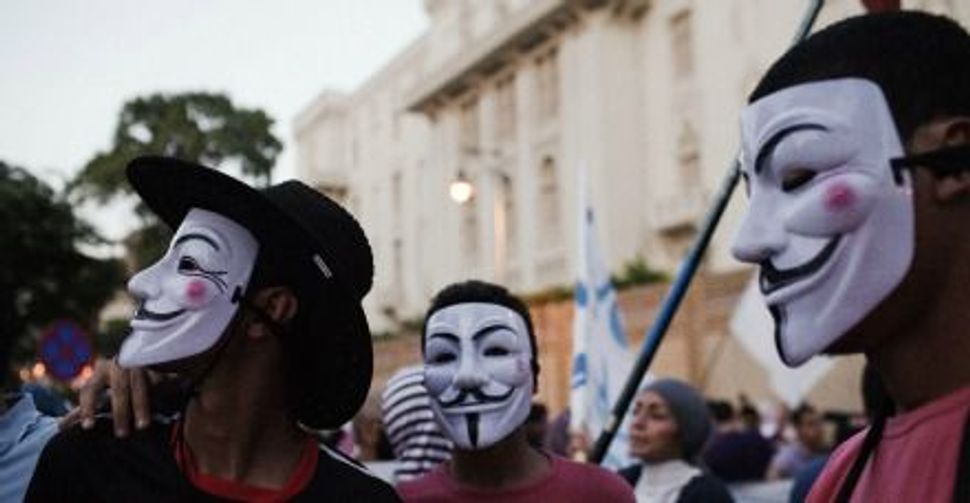 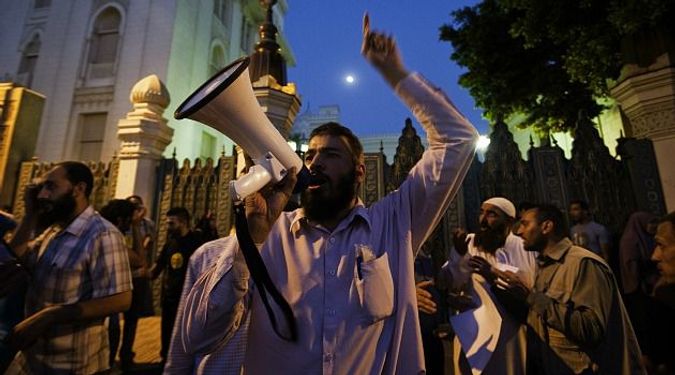 The situation in Egypt and throughout the Middle East is confusing, with many different but simultaneous developments from country to country. Each conflict comes along with a set of unknown variables regarding the real strength and aspirations of governments, militaries, institutions, leaders, political parties, political movements, insurgent factions, groups, tribes, etc. And on top of all this uncertainty are the prettifying disinformation campaigns of the various actors, and the wishful thinking on our part in the West. We end up believing that the issues are far simpler than they are, and failing to confront the region’s factual and moral complexities.

Egypt is obviously at a more advanced stage of its “spring” than Syria is, but it is nonetheless shrouded in unknowns. What are the intentions of the Supreme Council of the Armed Forces? Will the newly elected president, Mohamed Morsi, be granted any real power? What are his intentions, and more generally, those of his political movement, the Muslim Brotherhood, vis-à-vis wresting power from the military? In the struggle for control between these two forces, already under way and likely to intensify, what strategies will each side employ? How far is each willing to go? How adept will each be in the new game of democratic political mobilization, and, if push comes to shove, which side will prevail in an all-out confrontation between a Tahrir Square of impassioned political Islamic activists and army troops of unknown and perhaps wavering ruthlessness and loyalty? 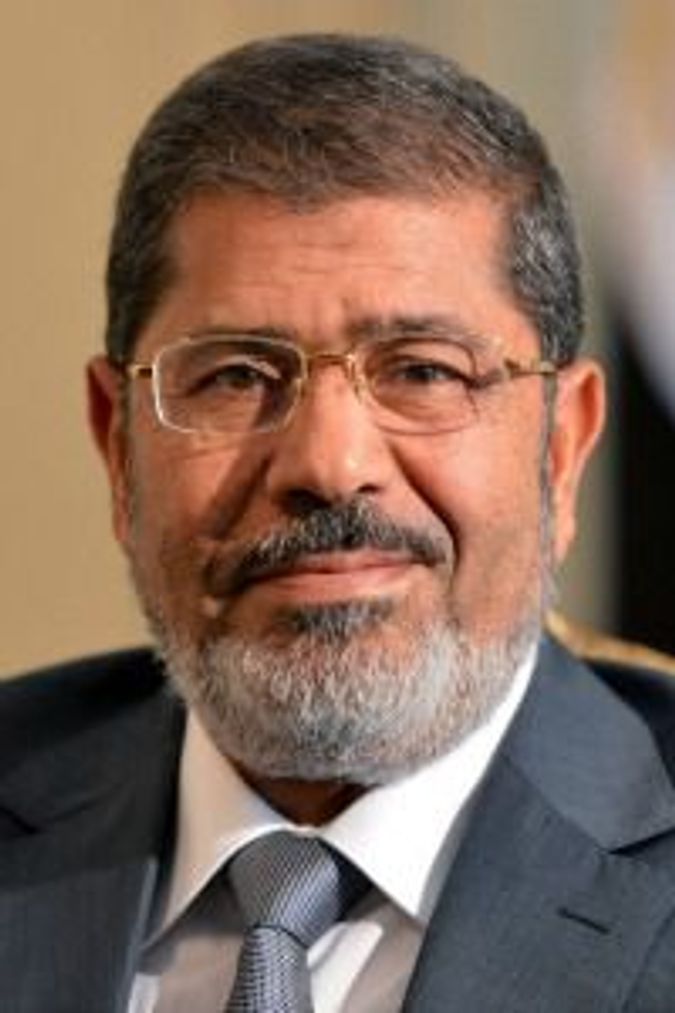 These are just some of the imponderables to ponder when it comes to Egypt. Many more things bear consideration, including our own attitudes. Where should our sympathies lie? People reasonably give varying, and, in light of the imponderables, vacillating answers. But the question is certainly worth posing, if only to etch the issues more clearly.

We are all democrats with a commitment, or at least a bias, toward supporting democratic institutions, most of them embodied in elections. But we are also devotees of liberty — without which there is no democracy — including civil and personal freedoms. What happens if democracy brings to power people who are likely to abrogate fundamental liberties, oppress entire classes of people and indeed hollow out or destroy democratic institutions themselves? It can happen. Hitler became chancellor of Germany through democratic elections. I am not saying Morsi is Hitler, but it is worth noting that the Muslim Brotherhood has for decades and to this day preached and taught the tenets of theocratic totalitarianism and anti-Semitism. Is there any doubt that its ideal, and Morsi’s, is a society governed by the foundationally undemocratic and repressive and punitively cruel Sharia in an orthodox form? As recently as May, when speaking candidly not to Western media, but to his own supporters, he proclaimed, “Jihad is our path…. And death for the sake of Allah is our most lofty aspiration…. The Sharia, then the Sharia, and finally, the Sharia…. I take an oath before Allah and before you all that regardless of the actual text [of the constitution]… Allah willing, the text will reflect [the Sharia].” So where should we stand vis-à-vis Morsi and the outcomes of elections, which are only one aspect of democracy, and of freedom more generally?

Fundamentally, the questions of democracy and freedom regard what is good for the Egyptian people, not just a slender or even an un-slender majority, but the basic rights and well-being of millions of potentially threatened people. I speak not here of economic matters, where Egypt is in a deplorable condition and it is impossible — another imponderable — to know which of the contenders for power will do less badly in providing for the material needs of Egyptians. Women, gay men and lesbians, Christians and non-Sharia Muslims all wait in acknowledged or unacknowledged potential peril at the prospect of the rule of Morsi and the Muslim Brotherhood. Let’s be clear: No country that oppresses — that’s right, oppresses — women (including by mutilating their genitals), that punishes gay people with death, that treats non-Muslims as legally codified second-class citizens can be called a democracy, no matter that it uses the mechanism of elections to choose its leader and legislature.

Yet the other possibility of a power wielded by the military is also nondemocratic and not pretty. Egyptians know how fundamentally illiberal and undemocratic and generally corrupt were the Egyptian old guard elites led by the military and its Supreme Council. But they are, at least, not totalitarians, not wanting to make Egypt live socially and culturally in premodern times, and not threatening to suppress every kind of personal freedom by turning politics and governance, law and policy, into a branch of intolerant religious law. So, what are the intentions of each side? And especially, given the imponderables of Morsi and the Muslim Brotherhood, with whom should we, good democrats and devotees of freedom, side? It is not the same as Hitler verses Stalin, but there, too, a choice had to be made that no person of democratic sentiments could have beheld as anything but an abomination.

Beyond the paramount concern of what is good for the Egyptian people, there is also the question of how Egypt will act outside its borders. The Egyptian military and old guard elites are not hostile to the United States and the West. That, we know. The Muslim Brotherhood — owing to America’s democratic liberalism, support for Hosni Mubarak and strong support for Israel — is likely to be much more antagonistic to the United States and the West. But given the immense stakes regarding other arenas of concern, how much should this matter in any decision about whom we, as individuals and a country, support in Egypt?

Similarly for the Middle East as a region, the Egyptian military is a nonthreatening and essentially a nondestabilizing force compared with the potential of Morsi and the Muslim Brotherhood, to create a more political Islamic Middle East, which would further undermine freedoms and potentially contribute substantially to greater regional conflict.

This brings us to the crux of the matter. All the imponderables aside, we have to stop engaging in wishful thinking. Tahrir Square was never Egypt. The “revolution” was never genuinely liberal and democratic. The Muslim Brotherhood, whether its first candidate, Khairat el-Shater, or its second and now the country’s president, Morsi, has never been moderate or liberal or anything but intolerant, theocratic political Islamists. The gullibility of Western media’s reporting, which has pushed such wishful thinking, has only obscured the imponderables and the difficult and unpleasant real-world options before us, before Israel and the region, and, most of all, before all those Egyptians who are not political Islamists.

Daniel Jonah Goldhagen is the author of “Worse Than War: Genocide, Eliminationism, and the Ongoing Assault on Humanity” (PublicAffairs, 2009), which is the basis of a Public Broadcasting Service documentary of the same name. His work can be read at goldhagen.com.