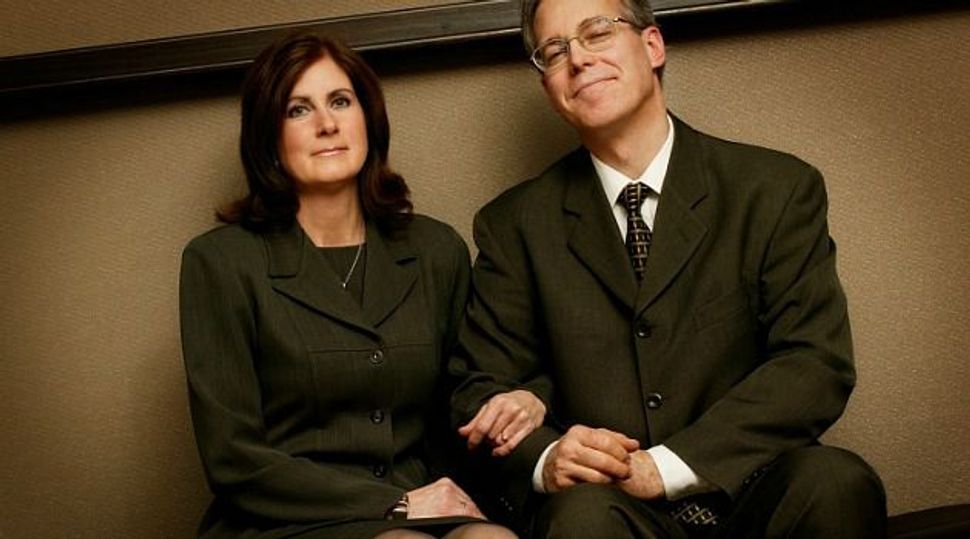 ‘Doing Jewish” is a nice little catch phrase, but it doesn’t begin to cover the stunningly diverse ways in which America’s Jews in fact go about the doing of Jewish. The words call to people’s minds, say, the activities of the Anti-Defamation League or of their own local synagogue or Jewish community center, perhaps their local federation. But the larger truth is that there are stalwarts of Jewish communal life whose activities go well beyond these more or less conventional enterprises.

I have in mind just now the activities of an organization called Kavod v’Nichum, Honor and Comfort, which provides assistance, training and resources about Jewish death and bereavement practices for synagogues and communities. Its Gamliel project includes, among other things, information on how and why traditional practices dealing with dying, death and mourning evolved: funeral, shiva [the seven-day period of mourning], shloshim [the 30-day, including shiva, transitional period of mourning], yahrtzeit [the annual commemoration of a death], Yizkor [the memorial service recited four times a year by the congregation during Jewish holiday services], unveiling, keriah [the traditional tearing of a garment by family members just before the funeral service begins]; the funeral service, its diverse components and what happens next.

It takes its name from the basic purposes of the Chevra Kadisha, the burial society that was a staple of Jewish communal life until recent decades. As the Gamliel people put it, their “mission is to restore to Jewish death and bereavement practice the traditions and values of honoring the dead (kavod hamet) and comforting the bereaved (nichum avelim).” Gamliel reports that “in some larger congregations, 50-75 people may participate as chaverim [comrades] who work directly with the bereaved and mediate between them and the funeral and burial providers, or perform the washing (tahara) ritual, or guard the body until it is buried (shmira), or provide a meal of condolence, or set up and lead shiva, or stay in touch with the bereaved for some period after death.”

Of all these, it has long seemed to me that the most touching, even moving — and in many ways the most challenging — is tahara. There is nothing more intimate than washing the body of the deceased, the more so since the traditional rules that apply, intended to preserve and protect the dignity of the one whose passing is being mourned, are meticulous in their detail.

Confronting death, be it the death of a loved one or the death of a ne’er-do-well, be the death timely or untimely, is a terrifying experience. It often arouses deeply conflicting feelings, for we are in the presence of a loss that can never be repaired, of a tear in the garment of our lives. We must somehow deal with the permanent presence of an absence.

Come the question: How do I, whose overriding passion is the pursuit of social justice — which includes the largest questions before us, the wholesale questions — view people such as those who devote themselves to such tiny retail transactions as tahara?

The answer?: With profound admiration.

Life, after all, is about finding ways to join riduf tzedek, the pursuit of justice, with g’milut chesed, deeds of loving kindness. And if, as appears to be the case, people tend to specialize in the one or the other, there are all the rest of us to repair any resulting imbalance.