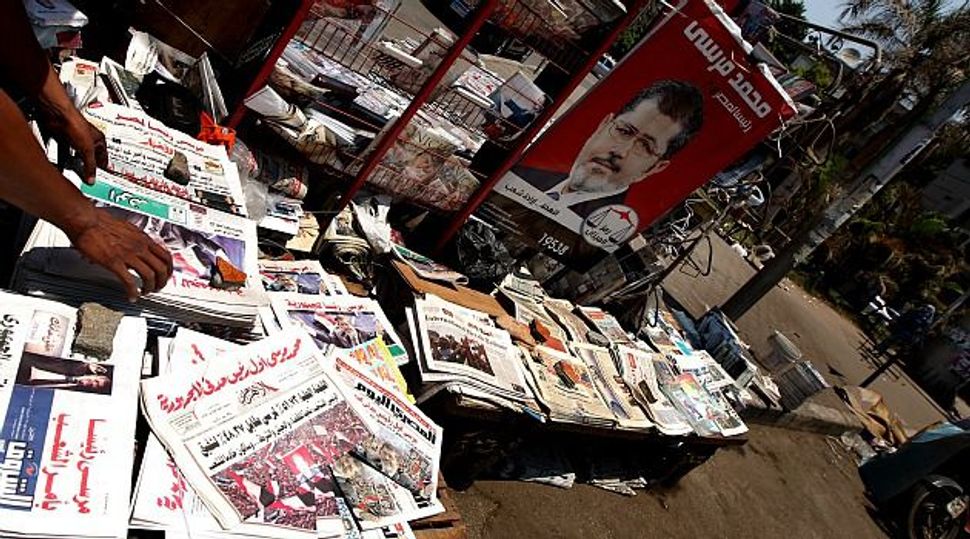 Two years ago, as the fragile beginnings of free expression swept through the Arab world, Arab media was compelled to reinvent itself. Messages sent through Twitter and other social media, videos uploaded to YouTube, blogs and photographs produced by “citizen journalists” — all served to bring energy and populist force to the uprisings and challenged the status quo of state-run news outlets, especially among the educated activists in Egypt.

But like so much of the promise unleashed during the Arab Spring, the prospect of a free press has been dashed and derailed just when it is so desperately needed. “Journalism is becoming an increasingly dangerous and precarious profession in Egypt,” wrote Jano Charbel in the latest, and last, edition of Egypt Independent, dated April 25. The circumstances of the publication of Charbel’s story are particularly telling.

The Independent, a feisty, candid English-language weekly newspaper, was owned by the Al-Masry Media Corporation, which also owns a large Arabic language newspaper. Like many publications the world over — and American newspapers are no exception — the Independent struggled to survive financially. But it’s hard not to see the political implications of Al-Masry’s decision to make the Independent’s 50th edition its last, especially when the owners at the last minute prevented it from being printed and distributed to the many newsstands that line Cairo’s streets. Instead, the staff scrambled to post all the stories online, where they still can be found on www.egyptindependent.com.

Charbel quotes an official of the Journalists Syndicate as saying that 13 newspapers have closed down in Egypt in the past few years, leaving up to 700 journalists without jobs. The trend is accelerating with the severe economic crisis gripping the country and the government of Mohammed Morsi’s unfriendly attitude toward a free press.

Journalists have plenty of challenges even in mature democracies like the United States, where full-time newspaper staffing is at its lowest point since the 1970s. But nascent democracies like Egypt urgently need to develop the civic muscle and respect for divergent views that can flourish with a free press, never mind the analytical coverage and watchdog journalism that holds leadership accountable. The death of the Independent is one more worrying sign that Egypt’s tentative steps toward genuine political freedom are faltering badly. The journalists deserve better, and so does the nation.