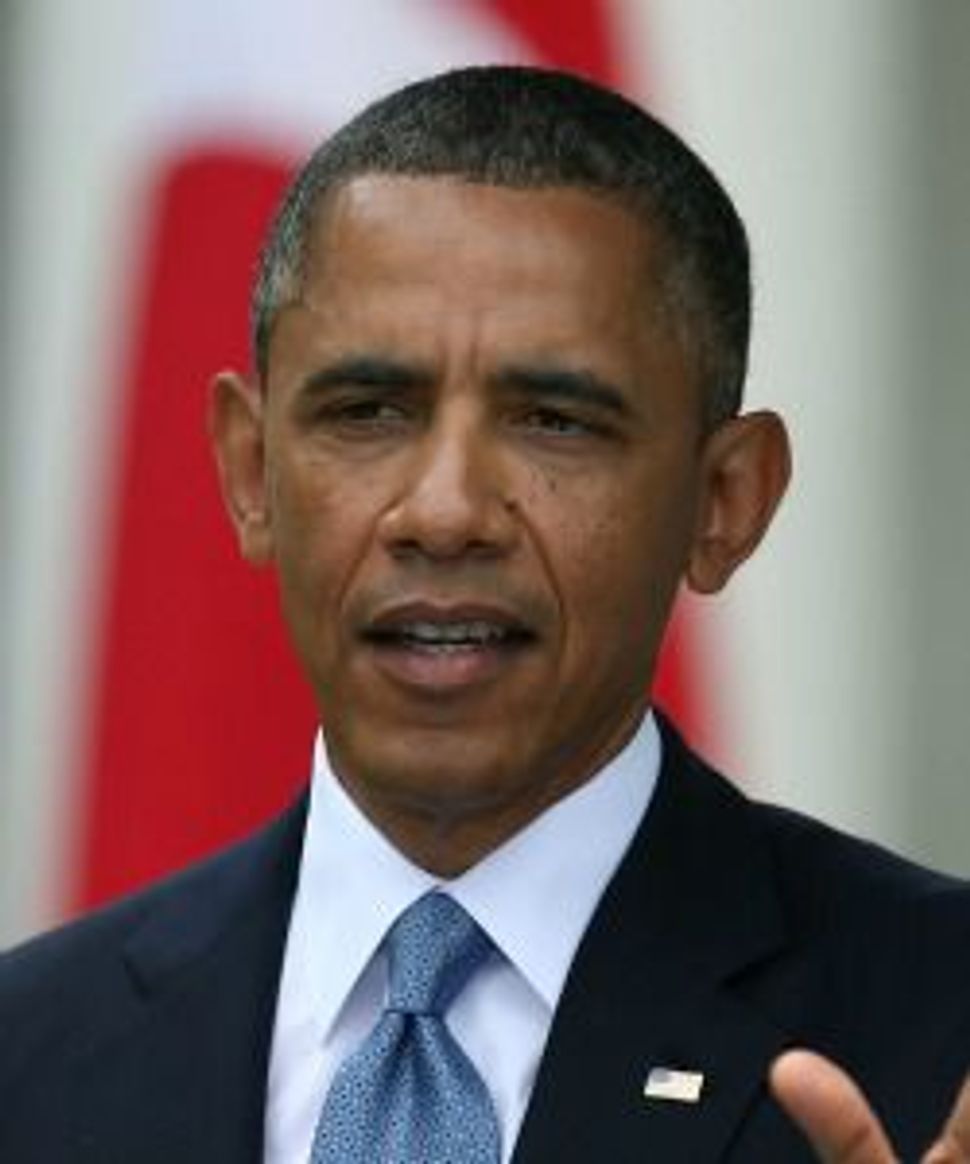 Besides throwing the Obama administration off its stride, the three scandals roiling Washington and the 24-hour cable news channels have one thing in common: They’re shrinking steadily as more information becomes available. The Washington Post’s Ezra Klein ably deconstructs them in his Wonkblog: the IRS-Tea Party scandal involves a group of employees in the IRS Cincinnati office who “started giving tea party groups extra scrutiny, were told by agency leadership to knock it off, started doing it again, and then were reined in a second time and told that any further changes to the screening criteria needed to be approved at the highest levels of the agency.” (I’ll have more to say about this after the jump.)

The Benghazi events, “tragic as they were,” have turned out to be “a bureaucratic knife fight between the State Department and the CIA” in which White House involvement was close to zero. As for the Department of Justice-Associated Press affair, Ezra writes,

This is the weirdest of the three. There’s no evidence that the DoJ did anything illegal. Most people, in fact, think it was well within its rights to seize the phone records of Associated Press reporters. And if the Obama administration has been overzealous in prosecuting leakers, well, the GOP has been arguing that the White House hasn’t taken national security leaks seriously enough.

The key point that’s too often overlooked in the AP case is that the leak the Justice Department was trying to plug had compromised a double agent planted by British intelligence inside Al Qaeda in the Arabian Peninsula. My colleagues in the press are particularly worked up about this one — how it’s going to cripple the AP and all that — but this could be the foul-up that’s the most understandable. Blowing an agent’s cover is very serious stuff, and planting a mole inside Al Qaeda is a particularly delicate and dangerous business. Republicans are right to be alarmed about the sloppiness of the entire affair — after all, you wouldn’t see a Republican administration blowing the cover of a secret agent, would you? Oh — right. Never mind.

The scandal that has the strongest air of wrongdoing is the IRS scandal. That’s the one that’s got even liberals righteously huffing and puffing about the “use” of the agency for political purposes. That word “use” is key — it implies that the administration decided to do this. There hasn’t been a shred of evidence that this is the case. Just as important, it’s not clear that this was a political witch hunt or fishing expedition, even a low-level one.

In fact, it’s looking more and more like a case of the IRS tax-exemption department being very suddenly flooded with applications from organizations, overwhelmingly on the right, that saw a sudden fund-raising opportunity in 2010 due to a confluence of circumstances — popular anger over Obamacare and the Supreme Court decision in Citizens United.

John Cassidy, writing in The New Yorker, points out that the sudden increase in workload that winter might be the main story. Or not.

It’s possible, I suppose, that the Cincinnati office was inhabited by a group of I.R.S. employees who detested the Tea Party and its hangers-on because of their anti-government stance, and who set out to hinder their activities. It’s also perfectly possible that what we had here was a group of overworked investigators who were swamped with a rising number of applications for tax-exempt status, and who were looking for short cuts to identify entities that were primarily political organizations rather than charities or social-welfare organizations.

Making that distinction, after all, was the I.R.S. employees’ job. As the report details, from 2010 onwards, there was a significant rise in the number of applications for tax-exempt status. (In 2011, the I.R.S. received almost sixty thousand applications for tax-exempt status as 501(c)3 charities and more than two thousand as 501(c)4 social-welfare organizations.) Given the rise of the Tea Party, it is probably safe to assume that many of these new groups had emerged from the populist right. With limited staffing and resources, the Cincinnati office may have realized that it couldn’t examine every application in detail. About seventy per cent of applications were approved after an initial review, with few or no demands for further information from the groups concerned. The issue was how to isolate applications that merited further inspection, and, in May, 2010, somebody in the Cincinnati office came up with the “Be On the Lookout” criteria related to the Tea Party.

Noam Scheiber argues in The New Republic, the real sin of the IRS employees in question was political incorrectness — noticing patterns of behavior among members of a given group that polite society would prefer we not notice or mention. When executed as policy, political incorrectness becomes profiling — singling out members of a group for different treatment based on perceived patterns of behavior among some or many members of that group. Scheiber writes:

Now, don’t get me wrong — I’m a believer in political correctness, especially when it comes to the government interacting with citizens. I happen to think it’s important that, say, TSA agents not systematically single out young Muslim-looking men for extra screening at airports, even if the numbers tell us they’re more likely to commit acts of terrorism. In a democracy, it’s important that no group be made to feel second-class.

But you know who is reliably enthusiastic about profiling? The conservatives who are hopping mad about the IRS Tea Party flap. Take, for example George Will, who performed a dramatic reading of Richard Nixon’s articles of impeachment this Sunday to highlight the seriousness of the scandal. Here is George Will on the subject of racial profiling:

“It is an awkward fact, but it is a fact even though there may not be three Washingtonians rash enough to utter it: Felons are not evenly distributed across society’s demographic groups. Many individuals and groups specialize in hurling accusations of racism, and police become vulnerable to such accusations when they concentrate their efforts where crime is.”

Change “felons” to “dodgy 501c4 applicants” and “demographic groups” to “ideological groups” and you see the relevance of this quote. The IRS was doing a far more benign version of what George Will would have police do when they stop a suspect and search a vehicle. For my money, the agency should have worked over a few token progressive groups so that they could show the scrutiny wasn’t ideologically motivated, just like the police should periodically stop a middle-aged housewife in a Volvo and root around in her trunk. But, of course, in the latter case at least, Will and his ilk would proclaim it a “soggy soufflé of political correctness.” The cynicism here is breathtaking.

And by the way, at least three liberal groups were subjected to the same extra scrutiny that the Tea Party groups received, Bloomberg News reported on Tuesday.

The Republicans have been looking for Democratic scandals to match Watergate and Iran-contra for close to 20 years (remember Vince Foster z”l?) and turning up duds. The difference is that Watergate and Iran-contra did indeed go right up to the highest reaches of the reigning (Republican) administrations — and in the case of Watergate, right into the Oval Office. If any Democratic administration has been guilty of comparable skullduggery, it has yet to be shown. But count on those Republicans to keep trying. After all, what’s their alternative? Spend their time legislating?