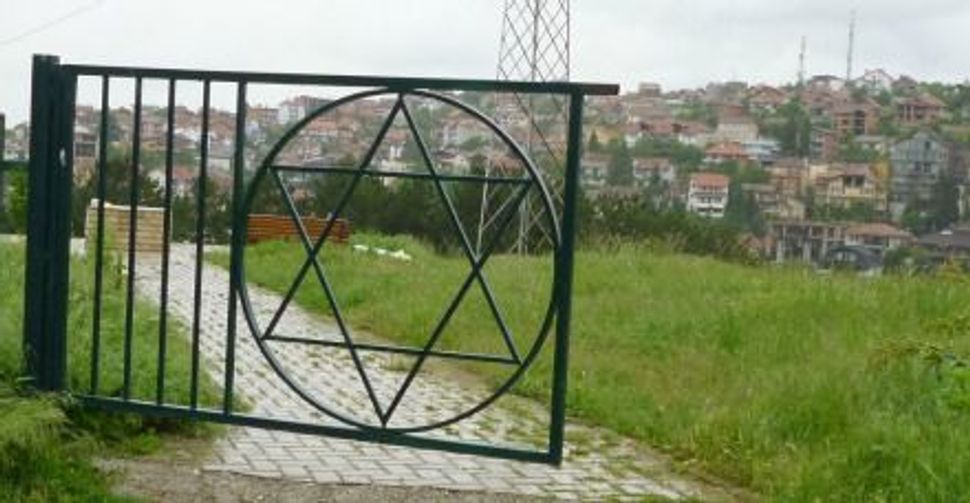 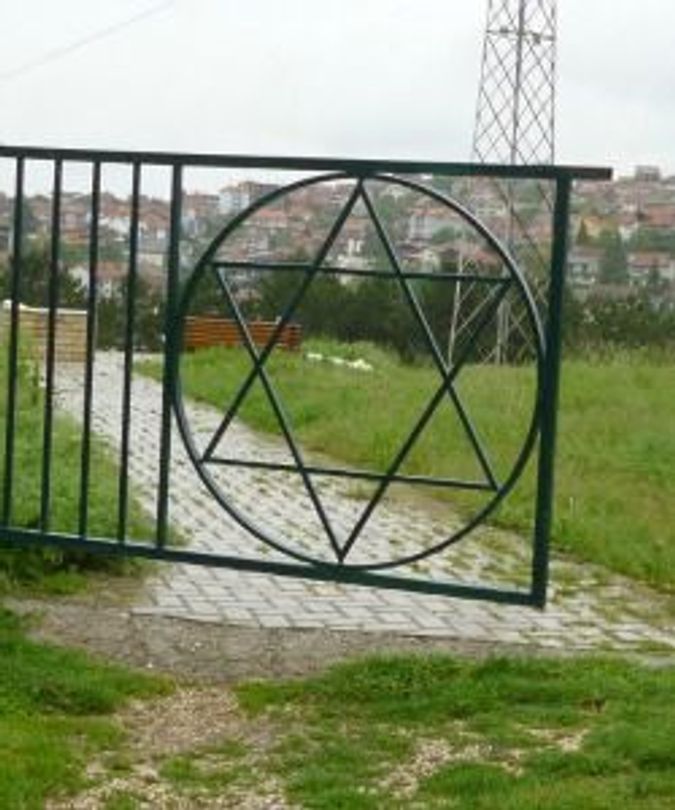 Reminder of Past: The Jewish cemetery in the Kosovo capital of Pristina is one of the few reminders of Jewish life in the predominantly ethnic Albanian town. Image by Liam Hoare

There is no longer a Jewish community in Pristina, the capital of the newly independent country of Kosovo. Through flight, deportation, aliyah, and intermarriage, Jewish Pristina has over the past seventy years gradually diminished into non-existence.

During the era when Kosovo formed part of Yugoslavia, the government in Belgrade did not do much to discourage this trend. In fact, in 1963 as part of an effort to rationalize the centre of Pristina, the authorities demolished swaths of the city’s historic centre, including many Ottoman-era houses, a covered market, and various holy places including Pristina’s only synagogue. The gradual exodus of Jews thus came with an erasure of their physical presence.

Since independence in 2008, however, the new government of the Republic of Kosovo has sought to memorialize Pristina’s Jewish history. Not only does the government view such efforts as essential to Kosovo becoming a nation integrated into Europe, but it understands the parallels between the histories of Jews and Kosovar Albanians, both as persecuted peoples, peoples who have been the victims of genocide and ethnic cleansing, and peoples whose ambitions at statehood have been rejected by the rest of their respective neighborhoods.

This process began in the summer of 2011, when students from Dartmouth and the American University in Pristina cooperated on an exploration of genocide, an exercise which culminated in the renovation of the city’s small Jewish cemetery. A new entrance was constructed, the site tidied, and the gravestones repaired, renovated, and replaced to their original location, the shards and slabs having previously been littered around and about.

But a few months later, the site was vandalised by neo-Nazis who spray-painted swastikas on the freshly-repaired gravestones, adding the words “Juden Raus” for good measure. Within 48 hours, municipal authorities cleaned the site. Today, while the grass has grown long around the burial places, the stones themselves – some of which are more than 100 years old – remain in place and intact.

The ongoing act of commemoration was deepened last week as Kosovo’s first Holocaust memorial was inaugurated on the site where the synagogue once stood in the center of Pristina. The ceremony was attended by the President and Prime Minister of Kosovo, ambassadors from Israel and the United States, the President of the Jewish Community, and representatives of the Righteous Muslims.

“This plaque is raised in memory of Kosovo Jews that perished in Nazi camps during the Holocaust,” the white stone marker reads. “The people of Kosovo will never forget them.”

In this vein, so too will there be a project in the grounds of Pristina’s Museum of Ethnography designed to in some fashion commemorate Kosovo’s Jewish heritage. The piece will be conceived and implemented by Ron Arad Architects, responsible for among other projects the Design Museum in Holon, Israel. Speaking to The Forward, Asa Bruno indicated the final piece will not a dominant structure designed to evoke immediate grief or sadness, but something more subtle and sensitive to the city and site.

Such things as memorials and monuments are important, not least in Europe and even more so in Kosovo, where the legacy of war is still visible and can be felt. But it only goes to underline, to accentuate in stone and metal, the extent to which Jewishness in Pristina is no longer a living concept. It is a matter of the past, confined to time and memory.

In his remarks at the inauguration of the Holocaust memorial, Kosovo’s Prime Minister Hashim Thaçi said: “In this vicinity, there was a synagogue that was destroyed by the communist regime. Hence, we are symbolically placing this stone here to remember traces of diversity and Jewish traits that were present in Kosovo for centuries.” Thaçi described it as a “moral and political duty” for Kosovar Albanians to do so, and at the very least, memorials like this ensure those traces of the Jewish past shall not go unremembered.