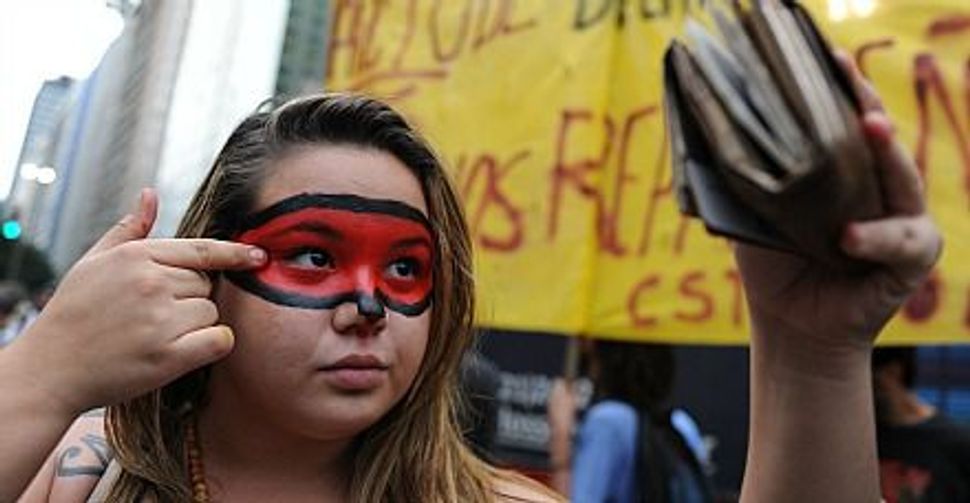 Peering in from the outside, it may be tricky to understand what’s going on in Brazil right now

Unlike Tunisians and Egyptians, Brazilians did not take to the streets in historic demonstrations last week to overthrow an authoritarian government. After enduring a two-decade-long dictatorship, we’ve been living under democratic rule since the mid-1980s, and those who still carry the wounds of the dark days are the first to say: never again.

Nor, like many Europeans, are we reacting to an economic crisis per se, even though most reports in the international press about our economic boom are rather far-fetched, and the cost of living has risen sharply in the past 10 years

The generation behind the mass protests that took place in over a hundred Brazilian cities this month never knew the pains of hyperinflation or the fear of political prisons. What they know very well is the corruption that plagues every level of government; the chronic lack of investment in education; the lavish spending of public funds to build soccer stadiums for the World Cup while hospitals and roads crumble away.

So now this generation is saying: enough is enough.

At first, those trying to belittle the protests ridiculed its initial complaint — a ten-cent raise in the bus fares in Sao Paulo. But it takes a great dose of cynicism to believe this is all people are fed up with.

Tens of billions of dollars are being spent to host the 2014 FIFA World Cup and the 2016 summer Olympics, but not much of it is going to improve actual urban infrastructure. Hundreds of millions more were involved in the great corruption scandal known as the “Mensalao” the main culprits in which were never actually imprisoned, despite having been tried and convicted earlier this year.

Brazilians are subjected to one of the highest tax rates in the world, paying 36 percent of GDP to municipal, state and federal governments, but getting little in return for their effort. Our senators make more money than those working in the British or Canadian congresses, while our teachers are among the worst-paid workers in the nation.

It’s with a resigned grin that Brazilians usually joke about being the “eternal country of the future,” about the unfulfilled promises of development and prominence that always seem so close and yet so hard to grasp despite all we have to our advantage. Brazil, with its lush forests and endless rivers; its warm climate and its peaceful, optimistic people. A country of plenty, of myriad resources, and no earthquakes. But there’s always something holding us back.

The voices who demand to make themselves heard in Sao Paulo, Rio de Janeiro and everywhere else (leave it to social media to have a faceless social movement cross the borders of Brazil’s two biggest cities, home to the country’s political and intellectual elite–a rare feat) are tired of being ignored. They struggle because those who are supposed to represent them and look after their interests are not quite cutting it. They are frustrated with a political system derailed from its purpose by the greedy priorities of political leaders, and they can take no more of their own money being wasted by an inefficient state. Above all, they are impatient to see the trumpeted miracle become a reality they can finally benefit from.