Jews Side With Mr. Clean Over Client 9 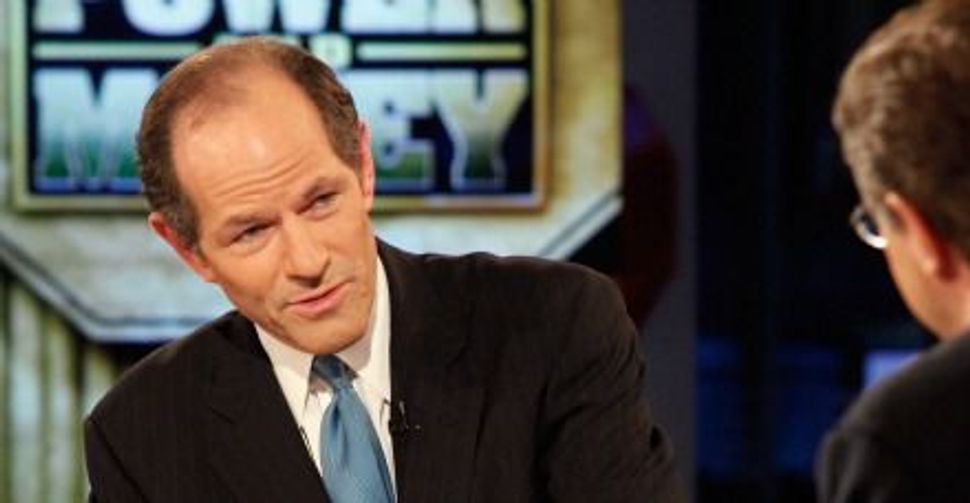 Jewish Democrats are sticking with Mr. Clean in his battle with Client No. 9. In other words, Jews favor Manhattan Borough President Scott Stringer in the race for New York City Comptroller, despite the headline-grabbing late entry of former New York Gov. Eliot Spitzer into the once-sleepy contest.

“His strongest group is Jewish voters,” said Lee Miringoff, director of the Marist Poll, of Stringer. “It certainly isn’t Spitzer’s.”

Jewish elected officials also continue to line up behind Stringer in the intramural battle of Jewish politicos.

The race for comptroller, a relatively low-profile citywide elected official tasked with overseeing pension funds and auditing city agencies, was thought to be a sure-shot for Stringer. Spitzer, who resigned as New York governor after admitting to have solicited prostitutes while serving as governor, announced his candidacy on July 9.

Both candidates are Jewish, but that’s where the similarities stop. Where Stringer is an earnest progressive with a young baby, Spitzer is a hard-charger with baggage and few friends left in the political class.

Stringer, a former New York State assemblyman, comes from a Manhattan Jewish political family: his cousin was Jewish feminist Congresswoman Bella Abzug; his mother was a member of the New York City Council. He has strong roots on the Upper West Side, and high visibility among Manhattan Jews.

So while he trails the far-better-known Spitzer among New York Democrats, Jewish Democrats favored Stringer in the Marist poll, 49% to 26%.

Jews also appeared to be less willing to forgive Spitzer for his transgressions as governor. While 44% of New York City Democrats told Marist that they thought Spitzer had changed as a person, only 29% of Jewish Democrats agreed.

“It’s an unusual group, in that their dislike of Spitzer is matched by their like of Stringer,” Miringoff said.

Spitzer’s entry into the race also highlights the once-impropable possibility that Jewish men will hold all three of New York City’s citywide elected positions by January 2014.

Former congressman Anthony Weiner is near the front of the crowded pack of Democratic Mayoral hopefuls; both Spitzer and Stringer are Jewish; and New York State Senator Dan Squadron is among the Democratic candidates for Public Advocate.

Jews Side With Mr. Clean Over Client 9