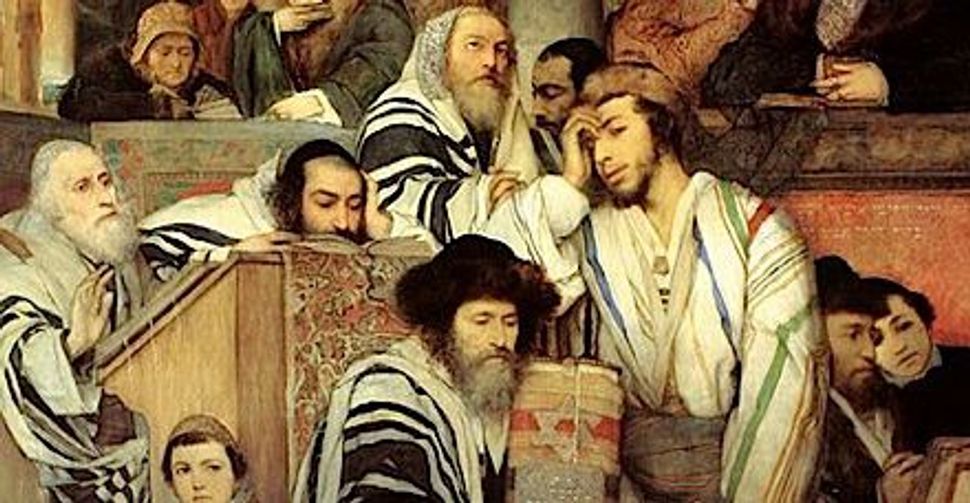 Sometime around noon on Saturday, September 14, Jewish life around the world will experience something of a climactic moment — a peak instance of unity that will also be, paradoxically, a moment of unmatched division.

Unity, because Yom Kippur is the one point on the calendar, research shows, when most of the world’s Jews come together in the most literal sense by gathering in synagogues. All the more so when it falls on a weekend. 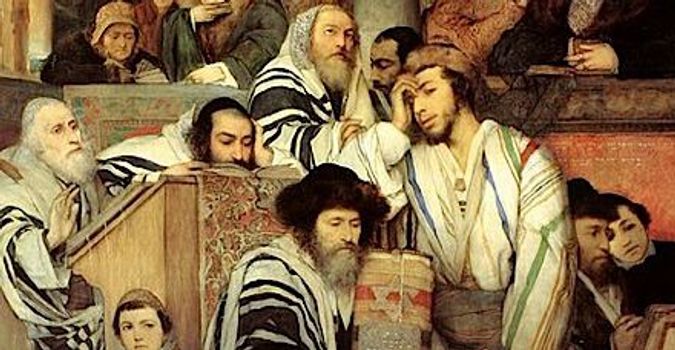 Division, because around midday comes a moment at which many experience an emotional peak, while others get bored and leave the room. It’s called the Avodah service, or Ceremony of the High Priest. It’s one of those things that either you get or you don’t.

The service is an elaborate, stylized reading, usually done in call-and-response fashion, reenacting the Temple sacrifice that was the heart of the biblical atonement ritual. Based on the text of Leviticus 16, as elaborated by the Talmud in Tractate Yoma, the service recounts an arcane procedure, jarring to modern sensibilities, filled with slaughtered animals, bowls of blood and prostrating crowds, culminating in the ritual of the goat for Azazel — the original scapegoat — which was shoved off a cliff to atone for the nation’s sins.

The ceremony is understood to have been the emotional and spiritual climax of the year for the people of ancient Israel. It’s still that way for some of us. For others, it’s anything but. In fact, there’s probably no moment on the calendar that so starkly divides Jews around the world.

Roughly speaking, we break down into unequal thirds. One group, mostly in Orthodox synagogues, will act out the entire ceremony, chanting lines that our ancestors chanted and prostrating themselves three times, foreheads to the floor as in olden times. They’ll be praying quite sincerely for the rebuilding of the ancient Temple and the literal revival of animal sacrifice that will herald the redemption of the world. Many will feel that the moment is so close they can almost taste it, so long as we and Israel have the stamina to withstand world pressure, resist carving up God’s holy land and so prepare for the speedy coming of the Messiah.

Another third, mostly in non-Orthodox synagogues, will take part in any number of attempts at reinterpreting the ritual for modern sensibilities. They’ll hear about the high priest as a symbol of leadership, the significance of scapegoating and animal sacrifice as a metaphor for charitable giving or economic justice. It’s frequently thought-provoking, though it rarely catches fire like the original.

A third group will duck into the lobby for a shmooze or outside for a smoke, waiting until this incomprehensible exercise is over.

One thing none of them will be doing is thinking much about what the other groups are experiencing at that moment. And that’s a pity.

Oh, they’ll think about each other a lot during the course of the year. After all, they’re bound up in each others’ lives in important ways, and their different modes of thinking can make life difficult for one another. Most of the time, though, they’ll be thinking about cartoon versions of one another.

Groups Two and Three, the reinterpreters and the lobby rangers, will find their attention drawn repeatedly during the year to the messianic hopes of Group One, if only because of media coverage of those hopes as embodied in West Bank settlements. But few will think of them sympathetically, and fewer still will make the connection between the headlines from the Middle East and the solemnity of the Avodah service.

Most folks in Groups Two and Three grew up knowing little of the ancient Temple service, of the high priest’s linens and the goat’s blood and the doctrines of messianic redemption and restoration, except that they’re metaphors for broader principles like devotion, compassion and social justice.

On the other hand, most folks in Group One started memorizing that stuff in middle school. When the prayerbook says things like “return us to Zion” and “rebuild Thy holy house,” they’re thinking about that house on that hilltop where all that stuff used to happen, blood and goats and all.

Like the others, Group One will think often during the year about Groups Two and Three and their struggles to make sense of the language of the Torah. But, like the others, they won’t have much sympathy. As liberals struggle to reinterpret and update, they frequently end up imposing their new rules on everyone else, whether in gender roles, circumcision procedures or even the time-honored customs at the Western Wall, the last remnant of the holy house itself. Nobody likes being pushed around.

And like the others, most folks in Group One know little about the underlying beliefs of the rival groups. Many Orthodox Jews, if not most, look at liberal Judaism not as a different way of believing in and practicing Judaism but as a lack of belief and a failure to practice.

There was a time, of course, when all Jews used to take the texts literally, including the prayers for restoring Temple sacrifice. As the centuries of exile ground on, though, the hopes became ever more distant and more encrusted in myth, poetry and, yes, moral analogy. Liberal Jews didn’t invent all that language about compassion and social justice. It’s as organic to the tradition as any ritual handed down and evolving from generation to generation.

At the same time, it wasn’t by accident that Reform Jews in the 19th century began calling their synagogues “temples.” That was a moment in history when the promise of redemption seemed impossibly distant and a different sort of redemption, through integration in society, was available here and now. Few Jews today are even aware of the vast transformation of values contained in that one turn of phrase.

But then the impossible happened. The Jewish commonwealth was reborn. Then the holy mount was recaptured. Suddenly it was literally within reach — rebuilding that house, restoring that service. And now nothing stands in the way except the awkward fact that most Jews in Israel and worldwide have a different interpretation. Two genuine Jewish belief systems are headed for a head-on collision. Someone’s going to get hurt.