Why American Jews Shouldn’t Be Afraid To Put Israel First 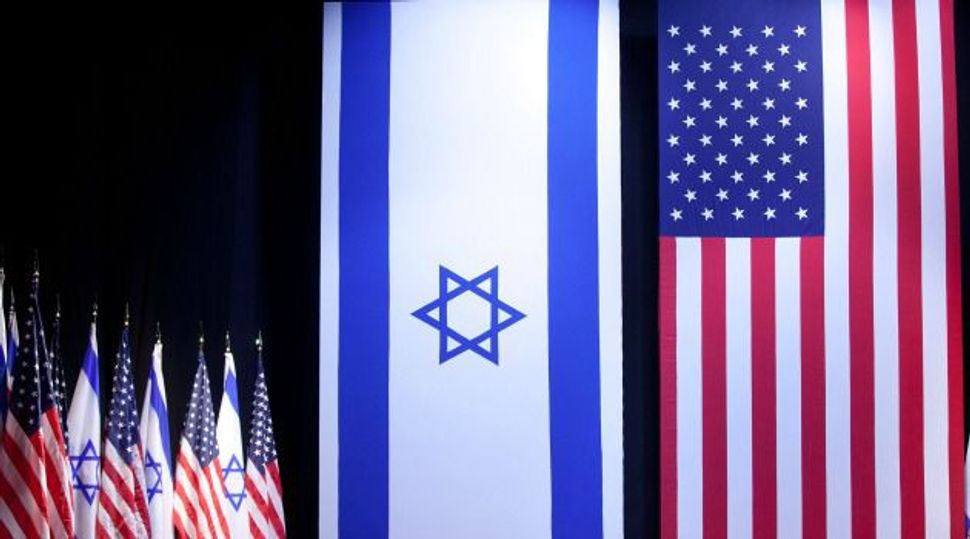 Dual Loyalty: Imaginary scenario: Israel and the United States are at war. Who should American Jews support? Image by Getty Images

Now that distribution of its questionnaire has been canceled, the proposed poll of American Jews and Israeli immigrants to America, commissioned by a Los Angeles organization called the Israeli American Council with the initial collaboration of the Israeli Embassy in Washington, will presumably fade from the headlines. Yet the issues raised by it are real; they need to be talked about without the hypocrisy that until now has accompanied discussions of them.

The poll sought to determine, among other things, which country American Jews would side with in case of a serious confrontation between Israel and the United States. As such, it was rightly criticized for conjuring up the specter of “dual loyalty” that Jews in America and elsewhere have been accused of by their enemies. There’s certainly no need to provide extra grist for the anti-Semitic mill. Yet it’s also time to stop pretending that the loyalties of some American Jews aren’t divided between Israel and America. Of course they are. There’s just nothing wrong with it — nor is there anything uniquely Jewish about this. You’ll find plenty of similar cases in other places.

The truth is that any American Jew who doesn’t care as much about a Jewish state as he or she does about the United States can’t be very identified with the Jewish people. Suppose vital American and Israeli interests were to clash. What would it mean for a Jew to say: ”I don’t give a damn what’s best for Israel. All that matters to me is what’s best for America”? What kind of Jew would that be? How deep could his or her Jewishness be said to go?

But one could ask a similar question about tens of millions of other Americans. Do Cuban Americans who have pressed for decades for harsh American policies toward Communist Cuba ask whether these are really in America’s interest? It’s enough for them to tell themselves that they’re in Cuba’s interest. Do Mexican Americans favor a relaxation of immigration laws because they think America’s general public will benefit? What they think, you can be sure, is that other Mexicans will benefit — and why shouldn’t they want them to?

Nor does this extend just to questions of ethnic solidarity. Suppose, for example, that you’re an American human rights activist campaigning against the exploitation of cheap labor in China. Does it bother you that such exploitation might actually be good for America, since it lowers the price of many items for the American consumer? Not at all. Your loyalty is not to the American consumer, it’s to the exploited Chinese worker — and you’re not embarrassed by it, either.

Of course, it’s possible to rationalize all these things in terms of American interests, too. One can argue that the end of communism in Cuba would serve the goals of American foreign policy, that more Mexican immigrants would be a spur to America’s economy and that the United States would be a better society if it didn’t live off the underpaid work of others, just as one can argue that Israel should always be supported by a democratic United States because it’s a bastion of democracy in the Middle East. If one is honest about one’s motives, though, one will admit that there is more to them than that. It’s a convenient myth to tell oneself that what’s good for Israel will always be good for America and vice versa, but a myth is all it is.

We live with dual loyalties in many spheres. Our loyalties to members of our families can clash, as can our loyalties to friends, to colleagues at our workplace, to the businesses we patronize and the teams we root for; why insist that only our loyalties to countries and their citizens should be immune? Why shouldn’t an American Jew be able to say, without being considered a potential Jonathan Pollard, “Yes, America’s and Israel’s interests diverge on this point, and Israel’s are more important to me”? This wouldn’t make him or her a traitor; it would simply make the person more truthful.

Life as a Jew in the Diaspora has its advantages over life as a Jew in Israel: It’s safer, more affluent, less stressful. But it has its disadvantages, too — one of them being that, as a Jew, and to the extent that one is more of one rather than less of one, one’s loyalties are inevitably divided. They have to be; there’s no way they can’t be. That’s part of the burden of being a committed Diaspora Jew. There’s no need to quantify it in public opinion polls, but neither is there any way to sweep it under the rug.

Why American Jews Shouldn’t Be Afraid To Put Israel First