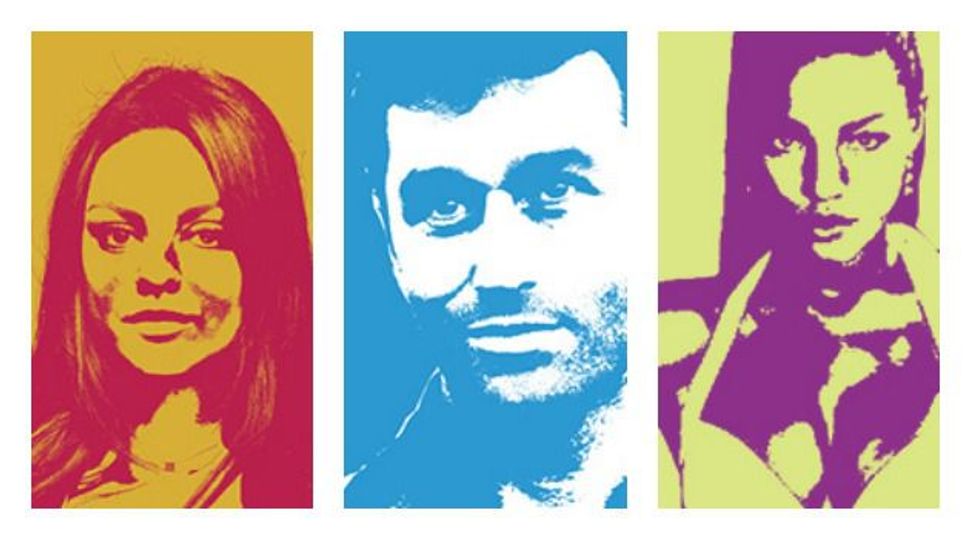 We’ve got all the Jewish names that lit up 2013, for better or worse — and everything in between.

You might not recognize Jake Davidson’s name but the day school kid from Los Angeles showed serious chutzpah by creating a YouTube video asking curvy supermodel Kate Upton to his prom.

Mia Farrow’s son, Ronan Farrow, made headlines when he scored an MSNBC talk show gig. Even more intriguing was his mom’s revelation that Woody Allen might not be his real dad.

Fashion bad boy John Galliano tried and failed to make amends for his anti-Semitic past. And the royal baby Prince George — well, we found a Jewish angle on him, too.

What happens in Vegas is supposed to stay there, but Sam Horowitz changed all that. The kid made national headlines with his glitzy bar mitzvah on the Strip.

Mila Kunis showed us just how sexy Jewish can be, while Sarah Silverman stuck with the faith, even though she wore a crucifix.

A dude named Ari Mandel nearly made $100,000 selling a Jewish slice of heaven on eBay.

A Jewish congressman thought a bikini model was his long-lost love child. The truth turned out to be a little less dramatic.

Anthony Weiner’s comeback burned out amid more lurid revelations about sexting — and the profoundly un-Jewish screen name of Carlos Danger.

And Justin Bieber took some heat for suggesting Anne Frank would’ve been a fan. What’s wrong with that?