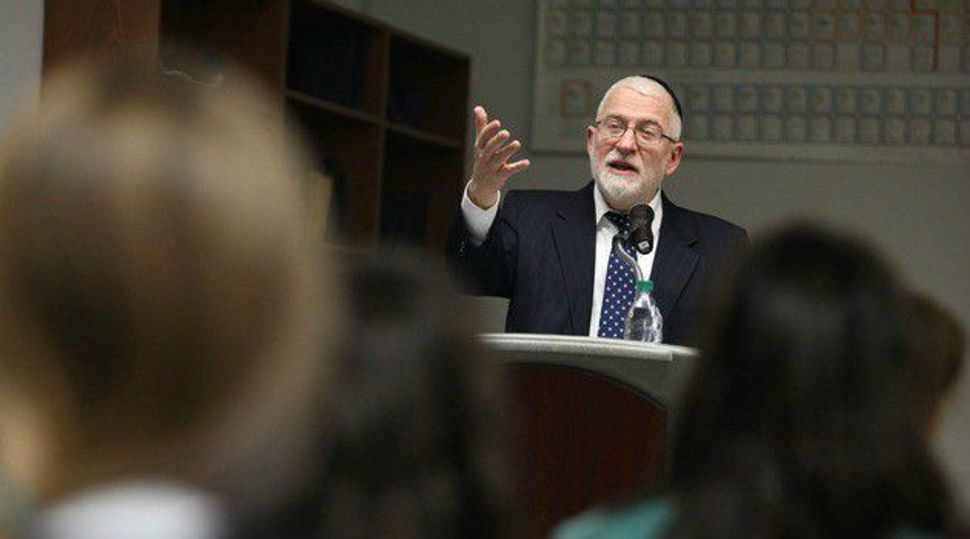 The motivation behind partnership minyanim is to narrow the wide gap between the relative gender equality that Orthodox women experience in their professional and civic lives and the gender stratification they experience in their religious lives. As Josephine Felix pointed out in an opinion piece in Brooklyn’s The Jewish Press, Orthodox women pursue every career imaginable, and in some circles they do it in greater numbers than their non-income producing, Talmud-studying husbands. “They may become CEO of a company, but when it comes to being president of a shul board, they are forbidden by many Orthodox legal scholars. They may be doctors whose decisions impact the life or death of a patient, but when it comes to deciding halacha, they cannot contribute,” Felix writes.

Women are said to be unable to handle the intellectual rigor of Talmud. When Orthodox women are professors or computer scientists, it makes that argument hard to swallow. Women who live in a civic society where male and female lawyers, witness and judges are treated as equally reliable by the courts may question the validity of the ban on female witnesses in Jewish law. Essentially, despite efforts to prevent it, the positive values of human rights and equality that are the fabric of Western culture are absorbed viscerally by women through their lived experiences, and when compared with the values of traditional Halacha, eventually the cognitive dissonance starts to cause a strain.

Orthodox feminists (both male and female) have been campaigning to make changes to prayer and ritual that empower women within the traditional framework. They do not want to leave Orthodoxy for Conservative Judaism. They like the closeness of the community, the way Orthodoxy permeates and informs all aspects of their lives. As Elana Sztokman put it in these pages, they “love everything about Orthodoxy except for the gender thing.”

The reason people want to fix “the gender thing” in Orthodoxy is the same reason that mainstream Orthodoxy finds the approach so threatening. Fixing the gender problem means, by definition, stepping outside the comfort zone of insular, albeit authoritarian, coziness. One cannot have both the coziness of belonging to this kind of traditional community and the dignity and supremacy of Enlightenment-inspired rights. This is because once one admits that a secular value, or an idea from outside the halachic framework, is what drives the pressure for halachic and ritual change, the door is opened for other changes based on other secularly sourced ideas, like gay and lesbian rights, intellectual skepticism or the value of breaking bread with your neighbors.

Once the traditional way can be wrong about something, then one is admitting it can be wrong and insufficient, which is a frightening concept for an institution that is supposed to guide one’s daily life with authority. This challenges the very nature of religious authority and the religious decision-making process, both fundamental concepts in Orthodoxy. The very fact that the innovation comes from the laity and not from well-respected, established, traditional rabbinic authorities makes it so unacceptable. This threat of influence from secular ideas and the challenging of authority and not only a desire for retention of power and internalized misogyny (though, of course, those as well) are the reasons that mainstream Orthodoxy is so resistant to partnership minyanim.

The deeper the desire of the very Modern Orthodox to stay “inside” the circle of familiarity and acceptance and yet push for changes, the more likely they will find themselves defined by those who control the circle (who are never women) and eventually forced outside it.

Whatever comes out of the transformation of Orthodoxy through partnership minyanim, the rest of modern Judaism is standing on the outside of the circle, watching, waiting and welcoming.