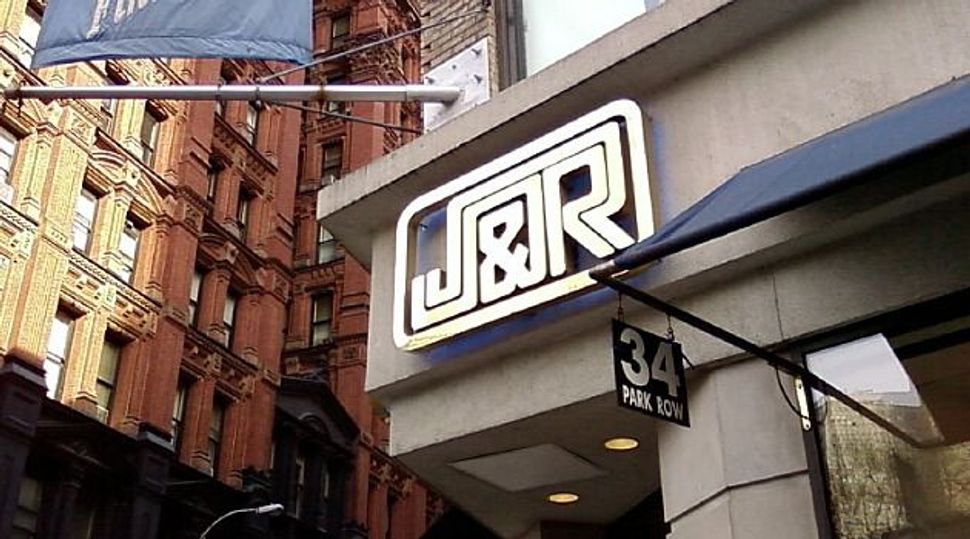 Despite the fact that the electronics retailer owned an entire (and very lucrative) block in Lower Manhattan, there was something endearingly shabby about the chainlet founded by Israeli immigrants Joe and Rachelle Friedman (J. and R., get it?) as a basement record store in 1971.

On Thursday, J&R’s brick-and-mortar operations ceased to exist. As the New York Daily News reported, the Friedmans issued a statement today to announce the closings.

“On April 10th, J&R will close its doors so that we can rebuild this location into what we hope will be an unprecedented retailing concept and social mecca,” the statement said. “A lot has changed in these 43 years, including not only the way we listen to music and the technology products we sell, but the way people shop and socialize.”

In recent years, the Friedmans had already started consolidating their retail business, compressing an unruly row of shops along Manhattan’s Park Row into a single – and sterile – vertical mall at the end of the block. The stores had been “struggling amid a difficult environment for consumer electronics retailers,” the Daily News wrote.

The Friedmans say they’ll reopen the corner space as an “unprecedented retailing concept and social mecca,” and work with partners to develop the rest of the block. A spokesman told Bloomberg the plan is to open a business “involving electronics” some time in 2015.

In its heyday, J&R was “a beacon for audiophiles and considered a must-see store for tourists visiting lower Manhattan,” as Bloomberg reported. The stores survived the September 11 attacks, and six weeks later became the neighborhood’s first businesses to reopen.

J & R will continue to sell its wares online through Amazon.com. But the demise of yet another electronics chains with Semitic DNA leaves shoppers with boring, rather goyish retailers like Best Buy as unappealing options.

Remember Nobody Beats the Wiz? Founded by Syrian-Jewish brothers Douglas, Lawrence, Marvin, and Stephan Jemal in 1977, the NYC chain breathed its last in 2003. Crazy Eddie (“His prices are insaaaane!”), founded by fellow Syrian Jew Eddie Antar, survived from 1971 until it declared bankruptcy in 1989; Antar lost control of the company after a conviction on stock fraud.

“There are 65,000 residents south of Canal Street and that number’s growing,” general manager Michael Eid said at the time. “So now we are catering to tourists and residents.”