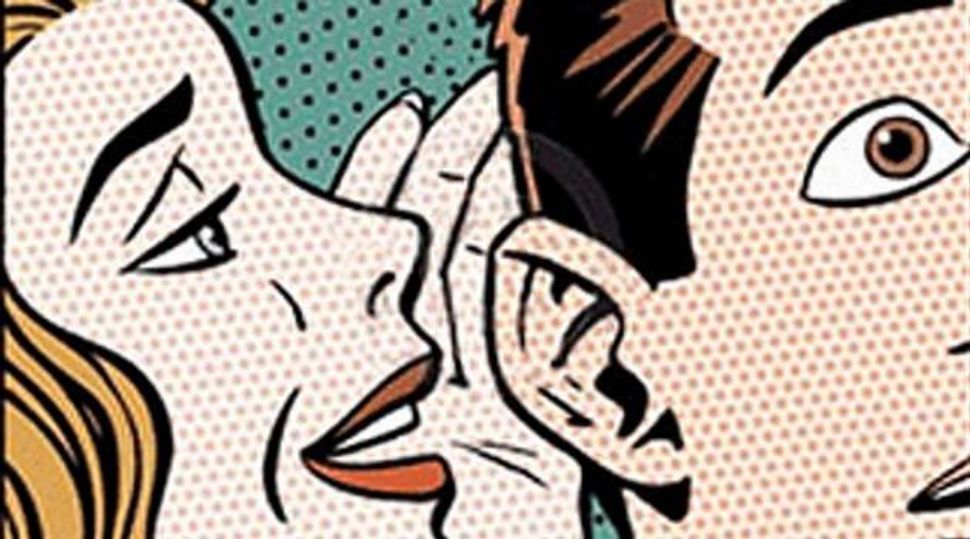 Reaching Out: Convincing others of the beauty of the Jewish tradition might also have an effect on Jews themselves. Image by Hopestands

If we’re serious about renewing Jewish life in the future, we must confront the challenge of evangelizing for Jewish tradition in public space. One of the reasons that the tension between the tribal and the universal in Jewish life isn’t addressed directly is because most Jews lack confidence in their knowledge of Jewish tradition to talk about it in the public square. But the faith communities that have grown the most rapidly in this country in recent years are those that have the self-confidence to go into public space and proclaim: You should be a Mormon! You should be a Christian! If we learn anything from living in a free-enterprise society, it is that if you have a good product the key to growth is strong marketing.

The word “evangelism” sits uneasily with Jewish people. We have been at the wrong end of it for too many centuries. Too many of our people have died at the hands of those who believed that their god and their religion was the only true way. But we entered the world as a proselytizing religion. Maimonides includes converting people to Judaism as one of the 613 mitzvot. I think that it is time for the Jewish community to start inviting people, publicly, to become Jewish.

This need not mean — and should not mean — evangelizing in inappropriate ways. It doesn’t mean saying, “if you don’t become Jewish, you’re condemned to hell and damnation.” But we should say something like the following: “If you are happy in the religion that you grew up with, we hope that you will grow and flourish in it and be a good Christian, a good Moslem, a good citizen. But if you find that it doesn’t speak to you; if you have always had Jewish friends, or you’ve been interested in Jewish tradition, or if you would simply like to learn more about what it means to be Jewish, then we warmly invite you to start to learn with us. And here’s a website in which you can find rabbis of every Jewish denomination who would be willing to welcome you, learn with and perhaps help you on the first steps of your Jewish journey…”

Doing something like this shouldn’t be owned by a single stream of Jewish life. To be most effective, it needs to be trans-denominational. And there will be one significant side-effect of such a process: In making the case for Jewish tradition in public space — focused on non-Jews — we will also explicate Jewish tradition to the most universal of our own young people, those who are more comfortable in the public spaces of American life than the Jewish spaces . At the root of this drive lies a core tension: Either we believe in Jewish tradition or we do not. For me Jewish tradition is wise, humane, ancient, contemporary, vibrant, ethical, challenging and exciting. The Torah really is a commentary on the world — and the world is a commentary on the Torah. I reject the false distinction between the universal and the particular. I believe that this country would be a better country and the world a better world, if there were more Jews in it.

Standing up for Jewish tradition in public space — actively inviting people to consider becoming Jewish — would be a blessing to the many non-Jews who are interested in becoming Jewish. It would also be the clearest possible signal to our own young people that we are proud of being Jewish. May our ancient tree of life grow and flourish for generations to come.

Nigel Savage is the president of Hazon.