5 Ways To Turn Down the Social Media Flame 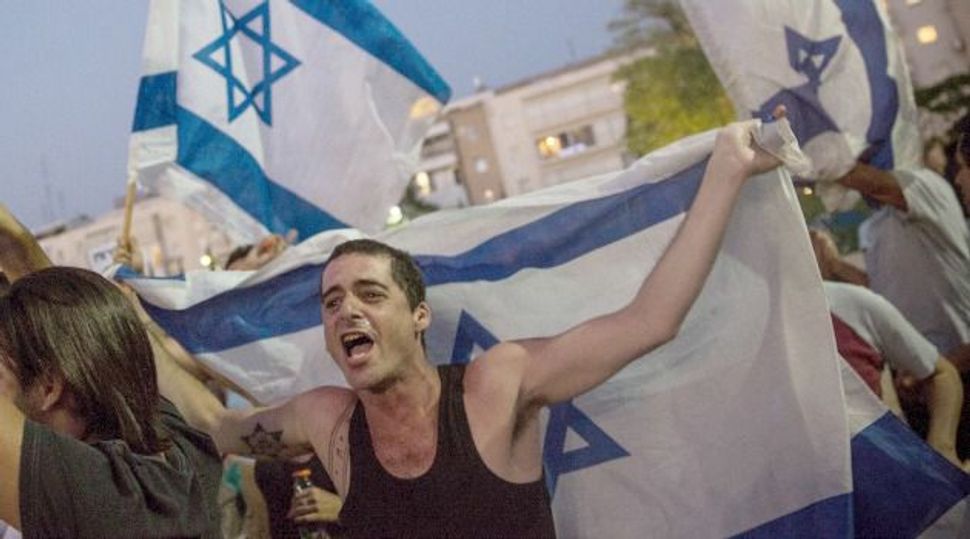 I’d like to say that social media doesn’t matter. Israel and its Palestinian counterparts are pursuing tactics, military and otherwise, and the battle for public opinion is only one among many. Despite what nearly everyone seems to think, what happens on our Facebook and Twitter feeds probably doesn’t matter that much.

Except when it does. Presumably, the echo chambers in which we cloister ourselves have an impact on ourselves, even if not on Israel or Palestine. We do create communities of shared values, online as well as in person, and if those values are extreme one-sidedness bereft of analysis or reflection — well, that matters, if nothing else, to the kinds of communities in which we and our children are supposed to live.

Over the last week, I private-messaged half a dozen people who have frequently posted on Facebook one-sided accounts of the current violence. The (small, unscientific) sample included an ardent Zionist, moderate/two-state Zionists, and a BDS-activist anti-Zionist. Not one of them agreed to post accounts both of the Israeli suffering and of the Palestinian suffering. Each side insisted the other side is morally deficient, that there is no equivalence between them, and that there’s already too much attention to the other side’s suffering.

If a bunch of privileged Americans with so little at personal stake can’t internalize the importance of multiple narratives, how do we expect Israelis and Palestinians — both of whom are living under threat of imminent death, while I sit behind a screen in Brooklyn — to do better?

My anti-Zionist friend said that there is no moral equivalence between a massive air force that has killed over a hundred civilians and a massively outgunned resistance to Occupation. My ardent-Zionist friend said that there’s no moral equivalence between terrorists targeting civilians and a sovereign nation defending itself against attack.

A different pro-Palestine friend called the Gaza operation genocide. A different pro-Israel friend wanted me to know that Israel was taking in Syrian refugees, that Hamas’s Ismail Haniyeh sent his own child to an Israeli hospital, that “no other country in the world” acts as justly as Israel does.

Both of these last claims are ridiculous, incidentally. This operation is either a tactical effort to crush Hamas as Politico’s Gregg Carlstrom has suggested or a blundering political move by an Israeli prime minister with few options (as my colleague J.J. Goldberg has written). And while, in fact, many other countries in the world give medical treatment to refugees (including from hostile nations), few conduct aerial bombardments of neighboring populations.

In fact, almost every question that is asked rhetorically, on either side, has a clear answer.

Why are we holding Israel to a higher standard? Because Israel gets $3 billion in U.S. aid.

How can the world tolerate Israel’s bombing of civilians? Because Hamas puts its military operations in civilian areas. (And remember that Hamas is firing rockets at civilians too.)

This from another friend: “If rockets were raining down on 70 percent of the United States like they are raining on 70 percent of Israel, do you think we would show such restraint?” No, but then again, Israel did initiate this particular round of violence, and “restraint” is an odd word for what Israeli officials have called a long campaign to exact a “severe price.” Really, what would non-restraint look like? Just bombing everybody?

Or this: “How is this not apartheid?” Well, all but Israel’s most right-wing parties do not intend for this situation to be permanent; there is de jure (but not de facto) equality for Israeli Arabs; this is really about two countries, not one country (yet); there are legitimate Israeli security concerns, with a sworn enemy firing rockets. For a start.

We can do a lot better than this. Once more, if the only cost of social media degradation were a few angry grandparents forwarding yet another jingoistic email, or another angry grandchild railing against Zionist colonialism, we could all just switch the channel. But those angry nationalists support Jewish communal institutions, which in turn support the settlements and right-wing policies that helped create this mess. And the angry college students are the ones that same community is trying to buy off with propaganda and free trips.

How can we do better? Here are four questions I ask myself before posting, forwarding, or otherwise spreading news of the conflict.

Examples? I just had someone comment on a post of mine that Israel was founded on “colonial settler terrorism…when armed Zionist militias drove three-quarters of a million Palestinians from their homes through terrorist violence.” That’s not analysis; it’s repeating message points that are wild distortions, at best.

Likewise the reposting of the ADL’s ludicrous graphic showing Gaza in New Jersey. As if Manhattan has been occupying the outer boroughs for forty years. As if Israel is completely innocent of any wrongdoing, agency, or complicity. These are all message points designed to influence people, not insight to enlighten them.

Finally, the best question I ask myself is one recently put to all of us by Yehuda Kurtzer:

Over the long term, that could literally save lives.

5 Ways To Turn Down the Social Media Flame