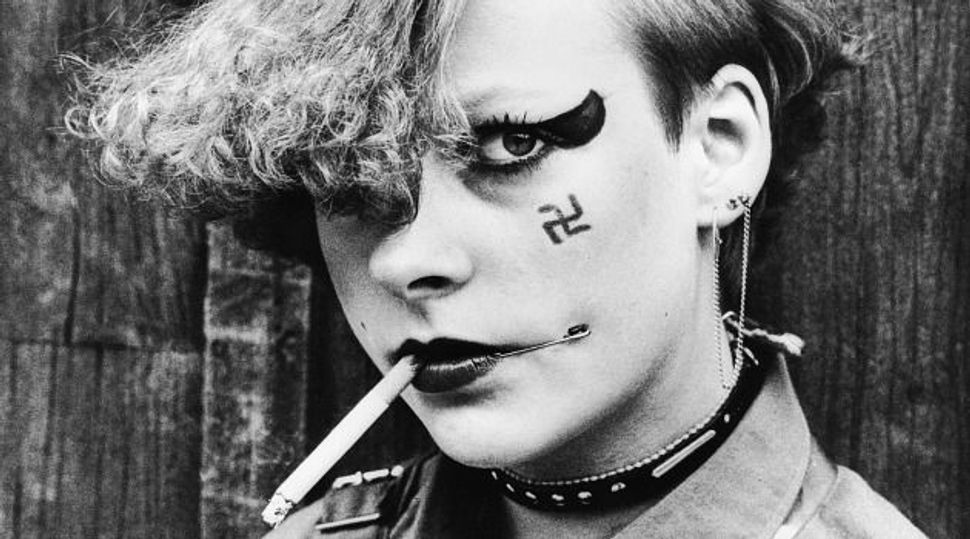 A Swedish punk rocker with a swastika tattoo. / Getty Images

It’s been a big month for swastikas.

They were recently featured by Spiritual Punx on their donut swazi tee, and now they’re officially on their way to rehabilitation.

At least that’s what Thomas Kaenzig, Raelian Guide and President of the ProSwastika Alliance, wants us to think.

“Thanks to its new 501c3 status, the Alliance will now be able to accept tax-deductible donations,” Kaenzig said.

The International Raelian Movement, a group that believes that scientists from another planet came to Earth thousands of years ago, ran rehab-week. They initiated the ProSwastika Alliance to re-appropriate the public’s mental associations with the symbol.

“The swastika was dragged through history’s mud heap after Hitler stole and maligned it,” Kaenzig said. “This symbol should be known from this point forward only for its ancient, beautiful expression of good will, good luck and peace.”

Yep. Uh huh. I totally get it.

I’m tempted to just stop there with my snarkiness, but this effort to rehabilitate a symbol that has been so deeply associated with evil in modern times raises an interesting matter for debate. Is it possible for an image to be so imbued with hatred that it can’t be rebranded as a sign of peace?

I like/dislike semiotics as much as the next gal, so I can tell you that images, symbols and signs all have meanings. It’s a point of fact. Yes, the swastika may have an older, more transcendent meaning than pure evil. But the swastika is laced with such negative connotations because of the Nazi crimes against humanity, that it seems nearly impossible for the relationship between the image and its modern meaning to be changed.

As Michael McGough wrote in the LA Times: “In some parallel universe, it might be possible to ‘energize the positive side’ of the swastika, but not this one… Hitler ruined it. Forever.”