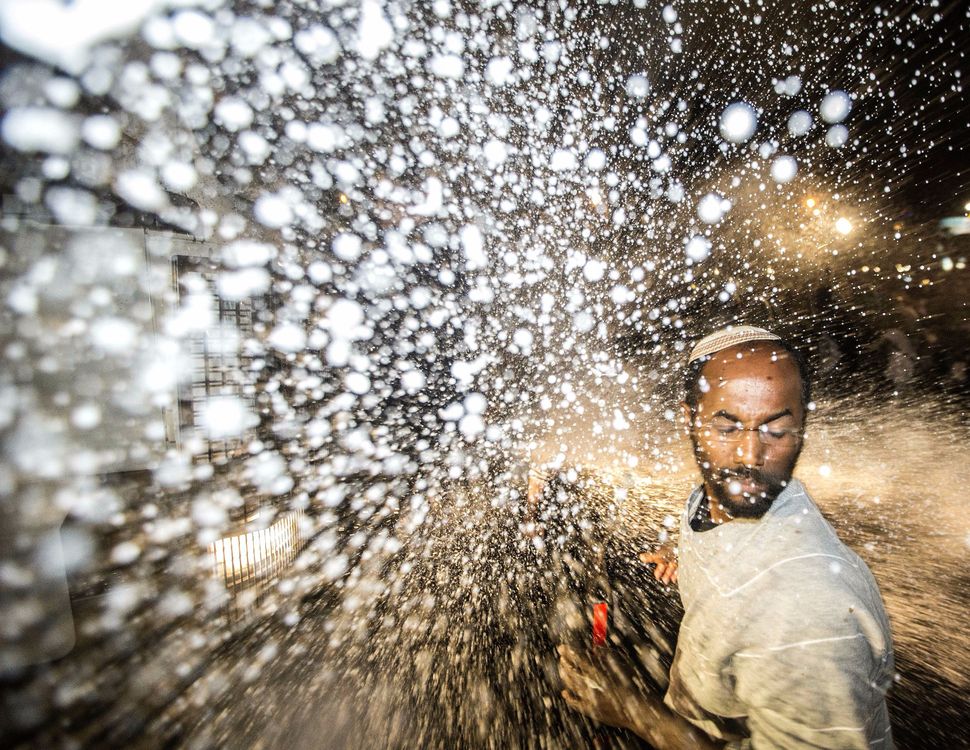 “I was in the army four years ago, and when I was released, my wife and I went to rent an apartment — and we were told they don’t want Ethiopians,” said one young protestor to a newscast on Sunday night. He was standing in a crowd of mostly Ethiopian Jewish protesters in Tel Aviv’s Rabin Square, the site of many protests over the years.

Scenes like that, of the press talking with activists, were mixed with those that looked ripped from the West Bank, with the Israeli army confronting Palestinian demonstrators. Legions of policemen with truncheons waded into crowds of black men and women; police hurled stun grenades by the dozens; mounted officers charged down the streets lined with posh cafés. Lumbering white armored vehicles sprayed the protesters with water cannons.

Was this Tel Aviv? The high-tech metropolis where everything is relaxed and people sit on the beach for hours on end? How, some wondered, could such violence reach all the way into this bubble?

But the real question is: How could it not?

What happened on Sunday night was the culmination of a week of anger over a video that surfaced showing two policemen assaulting an Ethiopian IDF soldier named Damas Pakada in Holon. This followed a year of incidents that had Ethiopian Jews feeling they had become targets of police brutality. On March 1, 2014, Yosef Salamseh was approached by police in a park in Binyamina. According to reports, police accused him of breaking into a house, tasered him, beat and handcuffed him and then took him to a station where family members found him left unconscious in a parking lot. Never charged with a crime, he filed a complaint about the assault, but instead of it being addressed his family was harassed and he was found dead in July, allegedly a suicide.

Racism against Ethiopians pervades Israeli society in more subtle ways, too. My wife, who is Ethiopian, was asked last week if she wants a job cleaning, when she has an MA and works as a senior civil servant. Israeli historian Anita Shapira claimed in her recent book that Ethiopians had to “transition…to an industrialized achievement-oriented society.” Such hidden prejudices — the assumption that Ethiopians don’t understand “achievement” — lead to long-term marginalization. 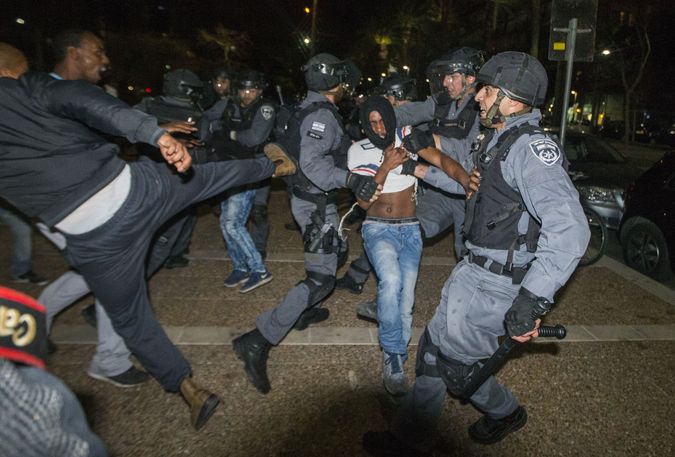 “We are tired of being nice,” was the response heard over and over last week. Young activists in their twenties and early thirties organized a protest in Jerusalem last Thursday outside the national police headquarters to demand the police prosecute the policemen filmed beating the soldier. For several hours they blocked Route 1, Israel’s main boulevard leading to northern suburbs, as well as the Jerusalem Light Rail. Police showed restraint and did not disperse the crowds. But the young people, many of them referencing their army service, seemed to feel their voice was not being heard. When they marched to the Prime Minister’s house, police fired tear gas at them. The momentary violence brought out Jerusalem’s Mayor Nir Barkat, who spent two hours trying to listen to their complaints over the din of chants.

The irony of the current protests is that they appeared to come amidst a lot of support for the Ethiopian community. Prime Minister Benjamin Netanyahu met with the beaten soldier on Monday. President Reuven Rivlin expressed shock at the video last week, as did Natan Sharansky of the Jewish Agency. Still, there was anger that no Members of Knesset came out in Jerusalem. Pnina Tamano-Shata, an Ethiopian MK who lost her seat in the last elections, asked crowds in Jerusalem: “Why are 40% of Ethiopian men in the army sent to military prison during their service? Where are the MKs?”

By the time Joint List leader Ayman Odeh, Naftali Bennet and a few other MKs met with protesters in Tel Aviv, it was too late: the anger of years of discrimination had built up. When 30% of people in one juvenile detention center are Ethiopian, while Ethiopians make up only 2% of the general population, you’ve got a problem. When 40% of Ethiopian men in the army are sent to prison, often for economic reasons, you’ve got a problem.

During Thursday and Sunday’s mass protests, many other minorities, including Arabs, ultra-Orthodox, national-religious Jews and Mizrachi Jews expressed sympathy. “They did it to us Moroccans too,” said an elderly bearded man named Avraham on French Hill Thursday.

Ethiopians join a long list of groups seen as an “other” in Israeli society. These are the people who have for years presented their “integration” as a success story. The protesters time and again stressed that they are “the most Israeli.” But the press and politicians still call them “immigrants,” even though most are born in Israel.

The problem, of course, is that the protesters don’t want to be a permanent underclass, or remain in a situation where so many are being incarcerated. The community feels totally abandoned by a state to which they have given everything. When the state drafts a person from a poor Ethiopian community for three years and pays them $100 a month, and then that person cannot find a job, cannot rent an apartment, cannot afford a car or go to university, they want answers. Their immigrant parents’ generation accepted the poverty they found in Israel. But this generation has said enough.

Seth J. Frantzman is the oped editor of The Jerusalem Post and holds a PhD from the Hebrew University of Jerusalem.