Getting Jewish Students Out of Comfort Zone Isn’t ‘Anti-Semitic’ 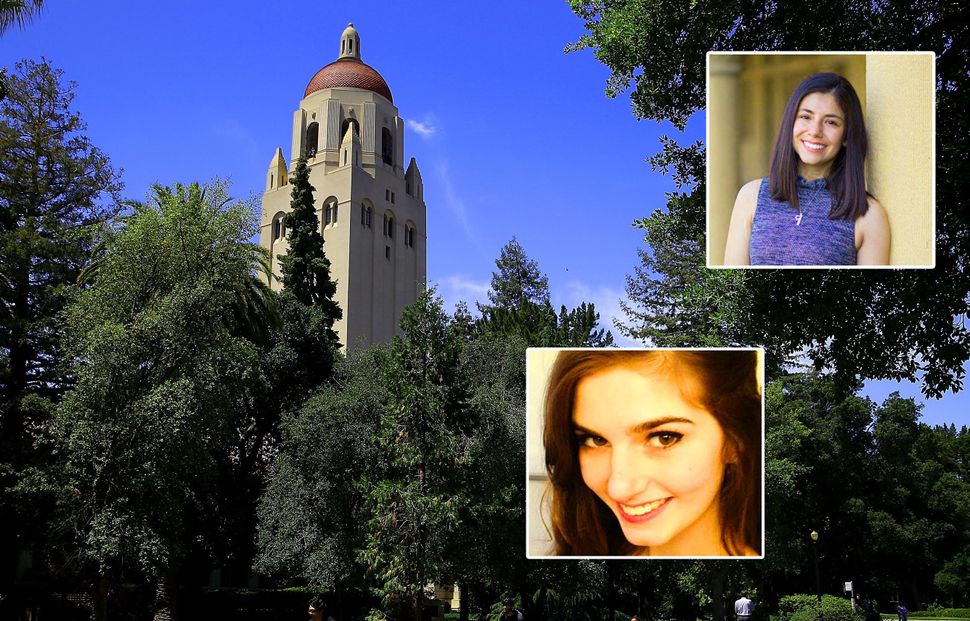 Standford Student Molly Hurwitz (top) and UCLA's Rachel Beyda (bottom) were both questioned about their Jewish identity. Image by Gettyimages

You can learn a lot from students if you stop telling them what you think they ought to know, and let them tell you what they know already. Jeff Salkin’s recent op-ed, however, encourages a kind of Jewish education that would fill students with “the Jewish narrative” (as if there’s only one) that they could “intellectually defend the state of Israel.”

This is not the kind of education I want for American Jews. Salkin’s version of “education” is pathetically thin, and his rationale for it betrays a fundamental misunderstanding of American higher education and an undervaluation of the potential of our students.

Salkin seems concerned about anti-Semitism on college campuses, but his comment about it being “politically correct” or “chic” is disingenuous. So is his melodramatic claim that there is a “broad-based coalition of hatred that meets Jewish students on campus.”

These simply do not square with the realities of university life and learning.

As evidence, Salkin recounted recent events at UC Davis, Stanford, and UCLA, in which Jewish students were questioned about their faith by classmates during student government campaigns. What he failed to mention is that in all three cases, the university administrations responded critically and unequivocally to the incidents. At least Salkin should have observed that the few acts he cited were met with formal condemnation, as that would have provided a fuller picture of the climate of those universities.

Yes, there have been unfortunate incidents. But one person with a big mouth or a can of spray paint does not a cultural movement make. Neither do such events speak for the vast majority of students or faculty who don’t think anonymous graffiti is the best form of political discourse.

To focus only on the avowedly anti-Semitic events aligns with the thinness of his vision of Jewish educuation. Universities do not and should not offer students pat answers to complex issues. Rather, they excel at creating spaces where contradictory ideas and people from diverse backgrounds come into contact. The product, I hope, is that through these encounters, people learn to think about the world differently, and more critically, and that they take that critical perspective out into the world once they graduate.

Most Jewish students I’ve met come to university ready to learn in this manner. The process is not always comfortable, but part of growth and maturity is learning to accept discomfort. One can neither learn nor grow if one is never pushed to encounter the strange, the unfamiliar, or the difficult. I want are conversations that challenge students to think critically, to question assumptions, and that encourage students to develop their perspectives about the world in which they live. That is the work that my colleagues and I engage in every day.

Salkin, by contrast, wants easy answers and patly repeatable Jewish narratives which might help him to sleep better at night, but will not help our students become thoughtful, critical citizens of the world or members of their Jewish communities.

Sometimes this process is hard, and sometimes people walk away unhappy. Sometimes students speak in ways we find offensive or out of line. But, as they say, there’s a lot of latitude l’shem khinukh, in the name of education, and I will always advocate for more of this than less. Hoisting the flag of antisemitism when someone feels uncomfortable does a disservice to the work of universities and it impedes our students as they learn how to engage in challenging conversations about the issues that I think both Salkin and I care deeply about.

Getting Jewish Students Out of Comfort Zone Isn’t ‘Anti-Semitic’