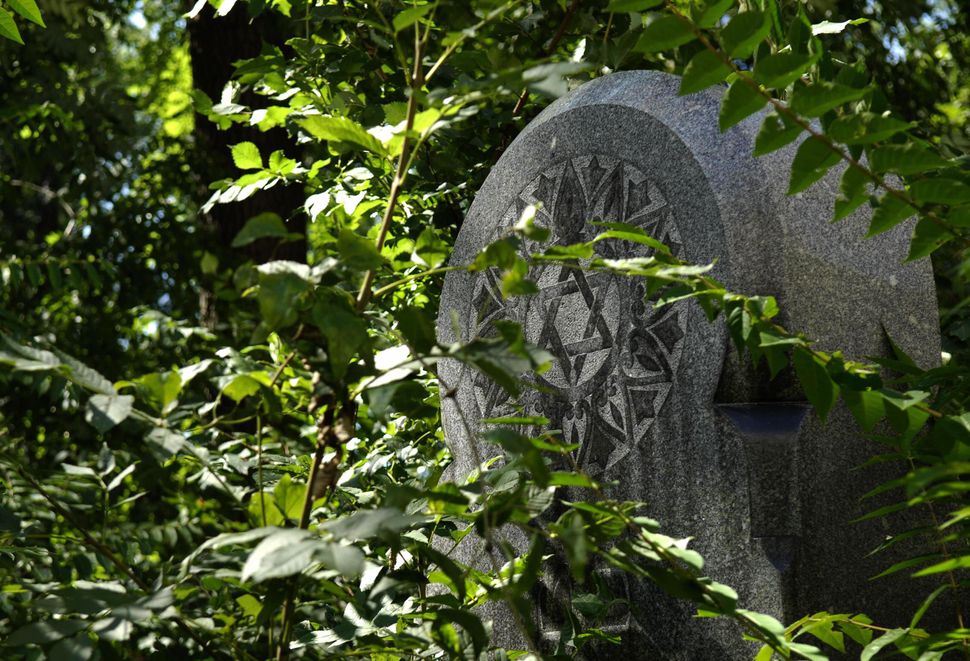 I’ve resisted writing about my year of saying Kaddish for my mother. Writers more famous than I am have already produced overlong, overwritten tomes on the subject. Often, such writing carries a sense of lyrical, self-indulgent profundity. But my process hasn’t been profound. It’s been mundane, and pontification seems ridiculous.

After 11 months, having taken on a practice of saying Kaddish regularly, I’m now relieved to let it go. It was exhausting — the planning and the traveling and the arranging. And that was in New York, probably the easiest place outside of Israel to find a minyan.

I didn’t find the ritual particularly helpful. I think of my mom all the time; I didn’t need to be reminded of her by anapests of Aramaic. I know she would’ve wanted me to do it, so I did it and I’m glad I did. But it wasn’t healing. It was more a flashback to a form of Judaism I practiced for 10 years but am happy to have left behind.

In an irony I’ve noted to friends many times, I mourned my mother, a feminist all her adult life, by spending a lot of time in nonegalitarian, Orthodox Mincha and Maariv minyanim. I’m grateful to these minyanim for enabling thousands of Jews like me to say Kaddish in the midst of busy workdays.

At the same time, it’s a shande that New York’s egalitarian communities can’t get it together to have a daily Mincha minyan outside educational institutions, and God forbid any of the federation millions help create a much-needed spiritual space for Jewish New Yorkers. Maybe the Orthodox are the only ones who care about such rituals — certainly they’re the only ones keeping them going.

And I say this as a man. It’s hard to imagine what this year of episodic Orthodoxy would be like had I been stuck behind the mechitzah, the gender barrier, my voice hushed so as not to offend anyone who might find it arousing.

Still, there were beautiful aspects as well. It was fun to be the closeted rabbi-cum-meditation-teacher-cum-Forward-columnist, but, in this context, just another yid saying Kaddish with a minyan. Once in a while, someone seemed to recognize me from my picture in these pages, but most of the time I was nobody, which felt like a relief.

It was also moving to imagine the inner lives of these men davening with me, in their rote monotones of American Ashkenazi Orthodoxy. In conventional spiritual contexts, people often display their emotions openly, and even if they don’t (in meditation settings, for example), the invitations to go inward are explicit and clear. So it’s easy to imaginatively empathize.

But I harbor no such illusions about frum Jews who are there to fulfill a mitzvah. Of course, some may well be having some inspirational inner experience. But if they’re like me when I was Orthodox, probably the spirituality is a bit subtler. It’s not about having some profound experience during yet another recitation of the Shemoneh Esrei. Rather, prayer practice is part of a lifestyle, a way of being in the world that makes sense, or feels good, or is part of family and tradition. The meaning (if there is any) derives from its context within the overall system.

And indeed, there is a small sense of accomplishment at the end of the prayer service. Mitzvah done. Obligation fulfilled. I’ve done what was commanded of me.

And obviously, many of the men praying with me were also saying Kaddish. For them, as for me, the meaning of the ritual was not in its content, nor even its form, but in its context in the processes of grieving, honoring and remembering.

But even if my fellow daveners are not feeling any spiritual edification, there is at least the invitation to do so. The traditional liturgy offers hundreds of topics for reflection in a single Mincha service. Maybe one or two — providence, healing, defeating Israel’s enemies, whatever — “pops” each time as the words slur by. So, who knows what these men around me were thinking.

Probably it’s better not to know. This past year, I suspect almost everyone in the room harbored political, religious and social ideas radically different from my own. If we knew what one another were thinking, we’d hardly be able to get along.

Fortunately, traditional Judaism excels at the spiritual modality of “alone together,” that is, doing spiritual practice alone, but in a group of other alone people. For all the dogmatism and conformity found in Orthodox and ultra-Orthodox communities, there is at least the freedom in prayer life to chime in or not, to contemplate or not, to believe or not. No one knows what’s going on in anyone else’s head, and that’s for the best.

It’s a lot better than some English-language reading in unison, in which it’s expected that you join in with the unanimous consent of the group. Those readings strike me as the Jewish equivalent of writing “I will not act up in class” 100 times on a chalkboard. It’s an enforced unity blissfully absent in most traditional prayer.

I was reminded, many times this year, of a teaching I heard from Rabbi Zalman Schachter-Shalomi several years ago. Reb Zalman was spontaneously translating the Amidah as he prayed it aloud on behalf of the congregation. When he came to the passage about defeating Israel’s enemies — not just defeating, but also uprooting, smashing, crushing and subduing — he said: “God, we humans are good at making enemies of one another. We don’t know if we’re right or wrong. God, we leave it to You to decide. Please strengthen those who are truly our friends, and weaken those who are truly our enemies, and You decide which is which.”

And for that matter, I leave it to You — by which I mean, whatever is not “me” as my ego conceives itself — to decide the meaning of these 11 months. I honored my mother’s wishes, I fulfilled my people’s mourning rite, I went through this process within the contours of tradition. I leave it to You to tell me what it means.