I just heard the news that my teacher Elie Wiesel has left the world. For several years, I have said Havdalah at the close of the Sabbath and immediately checked the news, wondering if I would learn that this has happened. This has become a ritual of anxious anticipation, and then – every week before this one – of relief.

Three weeks ago, I traveled to New York in the hope of seeing him. (He’d become so frail, a visit was never guaranteed.) We sat, he in his wheelchair, in the lobby of his home, and spoke for almost an hour. He made me laugh out loud; that hadn’t changed. At times I was able to make him smile.

We talked about so many things.

I asked him if he was writing. He said of course. I inquired about the subject but quickly interrupted myself, “Never mind, I know you never talk about what you’re working on. What was the last thing you wrote that you can talk about?” And he told me of a compelling reimagining of a Hasidic work, an imaginative and daring literary experiment, one only he could have dared write.

Elie Wiesel, the Moral Force Who Made Sure We Will Never Forget Evil of Holocaust

He asked me how I was doing, and I told him that I was feeling that I’d lost time, had spent time on things that weren’t essential, and that I was trying to make up for it now in a flurry of creative activity.

He said, “Nothing ever gets lost.”

“Nothing?” I was thinking of how much he’d lost. His father, his mother, his little sister; six million, and so many more across the long years.

“Nothing,” he said again. “It can take a hundred years, or 200, or 500. We may never see it. But in God’s eyes nothing gets lost.” He was ready to move on, but he seemed to sense I wasn’t completely on-board. “You want proof?” he said. “You missed it – that’s a sign that you never lost it.” Now I wonder: I had been his student since I was 15 years old. Was he preparing me for this moment?

He said, “Remember that I’m here, I’m always here for you.”

I reminded him that 20 years ago I asked him about faith and doubt. “How do you teach faith?” He said, “I tried to teach all of my students love of Torah – learn, learn, learn.”

I said, “You succeeded with me and so many. How do you teach that?”

He said, “There is only one way: by being it. So people see you and become inspired. But you also need fear-of-God, so you don’t become arrogant.”

At the end, I said, “I am going to speak to many of your students. What should I tell them?”

He said, “Tell them they’re with me all the time.” He said, “I feel responsible for every moment we were together.” He said, “If not, why do we do it?”

I said, “There are some moments that become eternal. Your teaching is filled with them.”

He said, “They are eternal because we were all present there together.”

When I shared an acute personal challenge I was facing, he said, “But you’re learning, that’s the main thing. That’s what I always tried to teach my students, to keep learning, keep learning. I’m learning every day. I’m older than you, and I learn and learn and learn, and I still feel like I haven’t even begun. But I will soon.”

Ariel Burger, an artist living in the Boston area, served as Elie Wiesel’s teaching fellow at Boston University from 2003 to 2008. 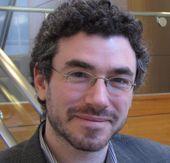 My Last Meeting With Elie Wiesel

My Last Meeting With Elie Wiesel