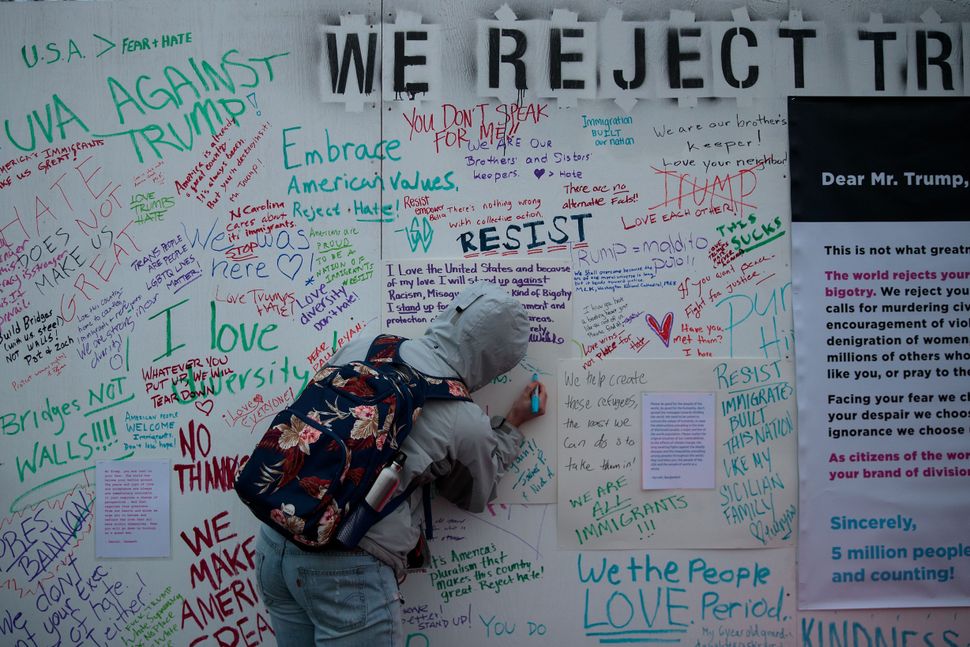 Check the calendar: Is this World War II? You might think so if you read the political press.

The R-word is everywhere you find a Democrat reeling in Trumpistan. Rolling Stone wants you to “Meet The Leaders Of The Trump Resistance.”

Left Forum, an annual conference of leftists with a scholarly bent, meets in May in Manhattan. This year’s theme: The Resistance.

Lefties ruv their Rs. Last year’s LeftForum theme was “Rage, Rebellion, Revolution.” What remains of the campaign for Bernie Sanders, who called for a “political revolution” but now self-identifies as a Democrat, calls itself Our Revolution.

The Age Of Trump has liberal writers comparing the president’s ascent to power with that of Adolf Hitler, and has turned George Orwell’s postwar dystopian classic, “1984,” into a best-seller redux. And the badly damaged Democratic Party wants to rebrand itself into a “resistance movement.”

In the long run, this is a mistake almost as bad as nominating Hillary Clinton. 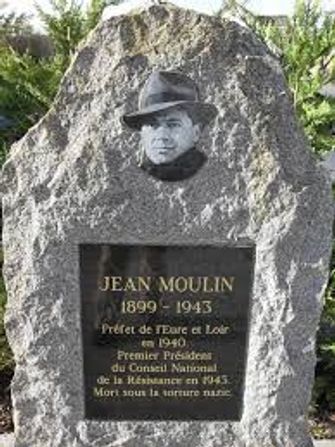 First, for the millennials: a reminder of what real resistance to oppression looks like. When the Nazis invaded France, Jean Moulin was, at age 41, the youngest prefect (regional administrator) in France. The Gestapo arrested and tortured him for being a leftist. Scared of giving up his comrades under torture, he slit his own throat.

But he recovered and was released. He was smuggled to England, met the Free French leader General Charles de Gaulle and parachuted back into France in 1942, with orders to unify the various factions of the Resistance. Shortly after completing his mission he was betrayed, recaptured and tortured to death by Klaus Barbie, the infamous SS “Butcher of Lyon.”

Barbie and his goons jammed hot needles under Moulin’s fingernails. They whipped and beat him repeatedly. They slammed a door on his hands until his knuckles broke. They tightened screw-levered handcuffs into his wrists until they cracked his wrist bones. Yet Moulin never talked.

The Gestapo shot to death some 25,000 members of the French Resistance. About 8,000 more were killed in action. Another 25,000 or so were deported and murdered in Nazi death camps.

Democratic opposition to President Trump deserves support, whether it’s trying to prevent him from taking away Americans’ medical insurance or waging a doomed filibuster Supreme Court justice, Neil Gorsuch. But there are light-years of daylight between what the Democrats are doing — boilerplate political opposition in a representative democracy — and actual, life-and-death Resistance.

Metaphorical stretch expands to full-fledged false equivalence, given the fact that the history of the Democratic Party over the past half-century is defined by accommodation and triangulation in service of the big corporate donors, whose pet politicians barely pay lip service to the interests of the poor and working-class voters they pretend to represent. Resist? Vichy Democrats, as progressive bloggers call them, are always there to vote for Republican wars and tax cuts for the rich.

The Gorsuch filibuster served as the first real fight Democrats have waged in ages, yet here, too, party leaders proved incapable of keeping all their senators from defecting to the Republican side.

The health of the real left — the communists, socialists, anarchists, left libertarians opposed to capitalism — is of little interest to the corporatist Hillary Clinton-oriented Democratic Party. Considering that one out of three Americans prefers socialism, this attitude is self-destructive. Yet officials of the Democratic National Committee are consistently determined to marginalize their party’s progressive base. Sanders was subjected to brazen cheating and insider manipulation, and was denied a veep or Cabinet post in a Clinton administration despite polls consistently showing that he would have beaten Trump.

“They would rather go down with the Titanic so long as they have first-class seats,” Sanders observed of the dead-ender centrists in charge.

Mainstream political movements like the Democratic Party require a vibrant radical left, not merely to pull them in a progressive direction, but to provide an ideological rudder to prevent rightward drift. A hard left also serves as a farm team for political leaders, journalists and activists, as we’ve seen with the GOP and its right-wing feeders — the libertarian Federalist Society and Populist tea party. If the Democrats successfully co-opt Resistance from what’s left of America’s real left, they risk delegitimizing this essential engine of policy vitality. Without a real left, where will the next Bernie Sanders come from to re-energize the base? Without real left pundits, who will dream up the four-hour day or the $25 minimum wage?

Taking on the mantle of Resistance during a time of crisis, when lefties are scared and angry at Trump, sets a bar that is too high for a party that has just barely begun to think about learning how to fight. And what happens when Democrats decide that compromise really is the best response to some issue, like infrastructure or trade? Jean Moulin didn’t talk and Resistance Democrats can’t cave in. Good cop, bad cop: Democrats need a real left to their soft left.

Democratic attempts to co-opt the real left, as they did with Black Lives Matter, piss off leftists who might be persuaded to vote blue as long as they don’t feel condescended to. How dare these lefties-come-lately, who have never been on the business end of police pepper spray, call themselves the Resistance?

Our two-party system doesn’t offer viable options for voters outside the duopoly. So Republicans can usually count on far-right supporters and Democrats to get votes from the anti-capitalist left. But Dems can’t take the left’s support for granted, much less insult them.

Twice the winner of the RFK Journalism Award and a Pulitzer Prize finalist, Ted Rall’s cartoons and writing has appeared in Time, Newsweek and Observer.com, among other publications. His most recent book is “Trump: A Graphic Biography” (Seven Stories Press, 2016).