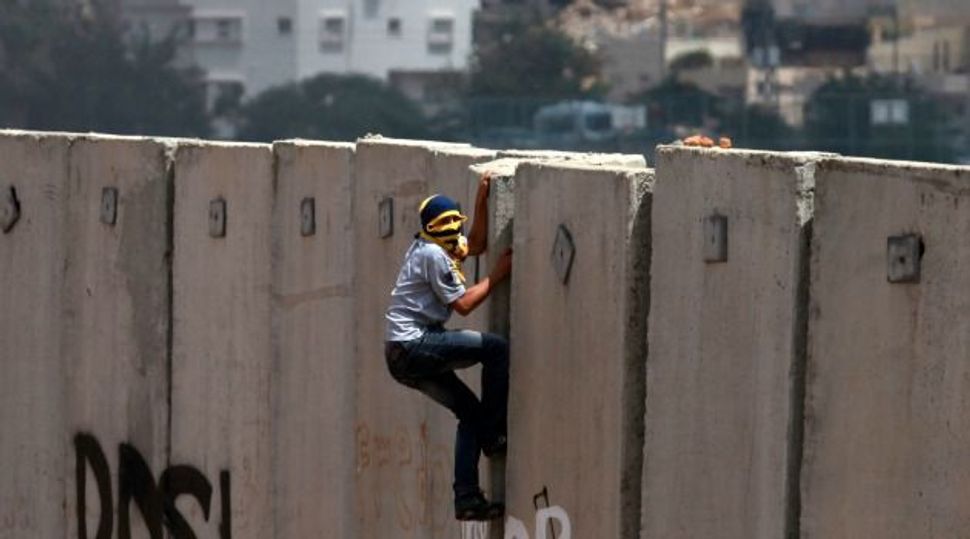 The North American Jewish establishment is furious with Israel – and has just let loose an astonishing fusillade of collective protest. The President of the Union for Reform Judaism, Rabbi Rick Jacobs, accused Prime Minister Benjamin Netanyahu of an “unconscionable insult” and vowed not to be “still or silent.” The Executive Director of the Conservative Rabbinical Assembly, Rabbi Julie Schonfeld, promised that they “will continue to protest.” The CEO of the Jewish Federations of North America, Jerry Silverman, was equally direct, saying, “We are going to be assertive in asking what’s next.”

What on earth is going on? Has the Jewish institutional community finally broken their abject silence over Israel’s human rights abuses? Are Jewish communal leaders finally finding the courage of their convictions on the issue of Israel/Palestine?

Not so fast. This impressive display of communal indignation was in fact mobilized in response to Netanyahu’s recent announcement that his government was suspending a 2016 agreement that expanded the southern section of the Western Wall for egalitarian prayer. This agreement followed years of protest, negotiation and maneuvering, led by the Women of the Wall and liberal Diaspora Jewish organizations seeking a joint prayer space at the Kotel.

Nothing, it seems, lights a fire in the belly of the Diaspora Jewish establishment more viscerally than the cause of liberal Jewish equality in the Jewish state. While Israel’s oppressive occupation now marks its 50th year and the cause of a just peace remains more remote than ever, our Jewish leaders are still more concerned about the rights of Jews than the rights of all who live in the land.

It’s long-standing double standard –- and in her recent op-ed, “How Bibi Just Gave Liberal Jews the Finger – And What We Can Do About It,” Forward editor-in-chief Jane Eisner (perhaps unintentionally) cast a telling light on this phenomenon:

Recognize our more progressive, egalitarian form of Judaism, said the Diaspora, and we’ll have your back on military, defense and geopolitical concerns, even if that might violate our liberal values or put us in conflict with natural allies.

Could we ask for a better description of this patently immoral bargain that has long been struck between Israel and the Diaspora Jewish community? We will willingly violate our own values for you. Just give liberal Jews rights and we’ll remain silent on your unchecked militarism and oppression of the Palestinian people.

This silence is all the more egregious at the moment, given the humanitarian crisis Israel is currently inflicting on the people of Gaza. Now eleven years into its crushing blockade, the government announced this past month that it will start cutting electricity to the Gaza Strip, a move that could literally cause 21-hour blackouts just as the heat of the summer is gearing up.

Israel is making this latest maneuver in partnership with the Palestinian Authority, who, like Israel, seeks the ouster of Hamas from Gaza. It’s a cynical political ploy that will only harden the resolve of Gaza hardliners. In the end, the rise of extremism is directly related to Israel’s cruel and draconian policies. In a recent article for the London Review of Books, Harvard scholar Sara Roy made this very point following her recent visit to Gaza:

Person after person told me that growing support for extremist factions in Gaza does not emanate from political or ideological belief – as these factions may claim – but from people’s need to feed their families. Many, perhaps most of the new recruits to Islamic State-affiliated groups are choosing to join because membership guarantees an income. At the same time, Hamas is desperate to secure enough funds to keep paying the salaries of its military wing, the al-Qassem Brigades, which is also reportedly seeing a swelling of its ranks. It seems that unemployed young men in Gaza increasingly face two options: join a military faction or give up.

It is much more likely that these measures will only “ignite an already combustible situation” and exacerbate “already-dire humanitarian situation on its doorstep,” as journalist Alex Kane wrote last week. According to Aimee Shalan, CEO of Medical Aid for Palestinians:

Surgeries have already been cancelled, and hospitals forced to cut back on essential cleaning and sterilization services. Medical equipment is rapidly degrading due to constant fluctuations in electrical current. Any further cuts to electricity supply in Gaza will therefore have potentially disastrous effects. The lives of patients in intensive care, including approximately 100 babies, will be immediately endangered should supplies dwindle further.

The effect of the Israeli blockade upon children is a particularly tragic aspect of this crisis. Almost 50% of Gaza’s population is 14 or younger. According to UNICEF, the 2014 war took a heavy toll on Gaza’s children: “More than 500 were killed, 3,374 were injured – nearly a third of whom suffer permanent disability – and more than 1,500 were orphaned. Hundreds of thousands were left in trauma.”

I can’t help but ask: where is the moral outrage in liberal Jewish establishment over these cruel human rights abuses? While I certainly believe in the cause of religious freedom, I find it stunning that so many liberal-minded members of the Jewish community are more concerned with Jewish rights in a Jewish state than the basic human rights of non-Jewish children who live under its control. Such are the sorrows of Jewish political nationalism: even the more “liberal” among us seem only to be able to express that tolerance selectively.

Roy, the Harvard scholar, noted that during her visit, she was asked again and again by Gazans: “Why is Gaza being punished in so heartless a manner, and what does Israel truly hope to gain by it?

Will Diaspora Jewish leaders ever find the courage to ask this question out loud?