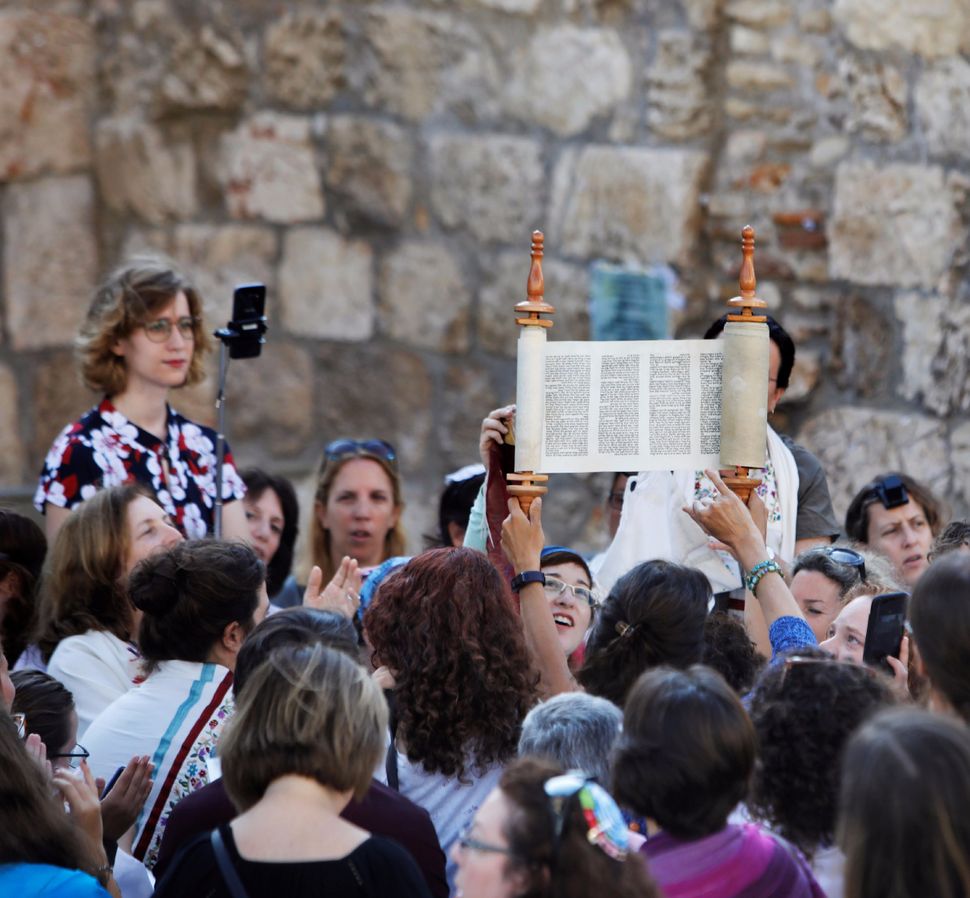 Thursday morning, my Women of the Wall (WOW) sisters and I gathered not at the Western Wall, but at another location in Jerusalem: the Supreme Court. We’d been waiting for this day for months, and it finally came. In June, Prime Minister Benjamin Netanyahu reneged on an agreement to create a space at the Western Wall in Jerusalem where we could pray together, aloud, as women, in a progressive way – hitherto forbidden. Today, the Supreme Court heard our case against the government.

A battery of attorneys filled the first two rows of Courtroom 3, over which Chief Justice Naor and Justices Danziger and Meltzer presided. The rest of us in the packed gallery waited in hushed excitement for the Justices to take their seats, after which silence fell over the courtroom.

By the end of the two-hour hearing, it was evident that the court found the Kotel Agreement to be the feasible solution, and was looking for legal apparatuses to force the State of Israel to implement the compromise. “There’s an agreement,” said Supreme Court President Miriam Naor. “And it is accepted, agreed upon, respectful and appropriate.”

We were jubilant. As one who sat in on the negotiations, I can say without a doubt that it was a compromise accepted by all players, including those politicians and rabbis who later worked to have it reneged. Needless to say, the Wall Rabbi was informed and updated about proceedings. Even he signed off on the Agreement.

As Naor was grilling the State attorneys, I thought of the magnetizing power of the Western Wall. Earlier this week, Conan O’Brien visited the Wall. The witty Irish comedian did everything a celebrity is expected to do. He touched the Wall, he wrote a note to hide between its stones, he took plenty of selfies to satisfy fans. In recent months, Britney Spears, Steven Tyler, Mariah Carey, and Ivanka Trump, went through the same show, almost exactly the same photo-ops, all reporting an emotional visit.

I celebrate the fact that the Western Wall is a place of pilgrimage for Jews and non-Jews. I’m proud that it attracts visitors from all over the world who feel a sense of spirituality, a connection to something bigger than themselves. I’m saddened that the Western Wall Rabbi, Shmuel Rabinowitz, only welcomes women if they are celebrities, and even then, only if they behave according to his strict code of modesty and conduct.

Israeli politicians also love to visit the Kotel, especially if they’re men. Minister of Finance Moshe Kachlon for example released a short video yesterday, praising the police and security forces at the Wall, ensuring everyone’s safety. I beg to differ. WOW worshipers get screamed at, cursed, spat on and shoved (it’s ridiculous that the same mighty forces that can stop armed Palestinian terrorists are completely powerless when faced with whistle-blowing ultra-Orthodox teens). We are faced with organized discrimination that starts with the Prime Minister and trickles down to his ministers, bureaucrats, rabbis and ushers at the gate.

55 arrests and detentions of WOW by Israeli Police have shocked the Jewish World. Women were arrested for saying “Shema” out loud, for wrapping in Tallit, for putting on Tefillin. Rabinowitz’s decision to prevent women, and only women, from reading Torah is foreign to most Jews, since their congregations do permit it.

The discrimination against women and non-Orthodox Jews starts high and early. Boys’ Bar-Mitzvahs feature the obligatory dancing, music and candy throwing, and of course- reading from one of the many public Torah scrolls at the men’s section. Since there are no public scrolls at the women’s section, and since the Rabbi forbids bringing Torah scrolls into the Kotel plaza, girls can’t participate in this important rite-of-passage.

Unfortunately, gender discrimination is rampant at the Kotel. Women soldiers can’t sing Hatikva at an army swearing-in ceremony. A bereaved mother can’t share her grief at a Memorial Day ceremony. Any girl over three must enter the Kotel plaza wearing a skirt long enough to cover her knees, and a shirt long enough to cover her elbows, or else be covered up by “Kotel” shmatas handed by one of many ushers. Men can approach the holy Wall wearing tank tops and shorts.

The reneging of the Kotel Agreement has turned the attention of millions of Jews to the Western Wall. Most of them realize that the ultra-Orthodox monopoly over our National Holy site must be terminated.

The Supreme Court found the Kotel Agreement to be a guiding light, the solution that would bring us all together. “What was once frozen,” said Naor, “can be thawed.”

I only hope she’s right.

Anat Hoffman is Chairperson of Women of the Wall.