My Father, Rabbi Abraham Joshua Heschel, Was A Dreamer, Too 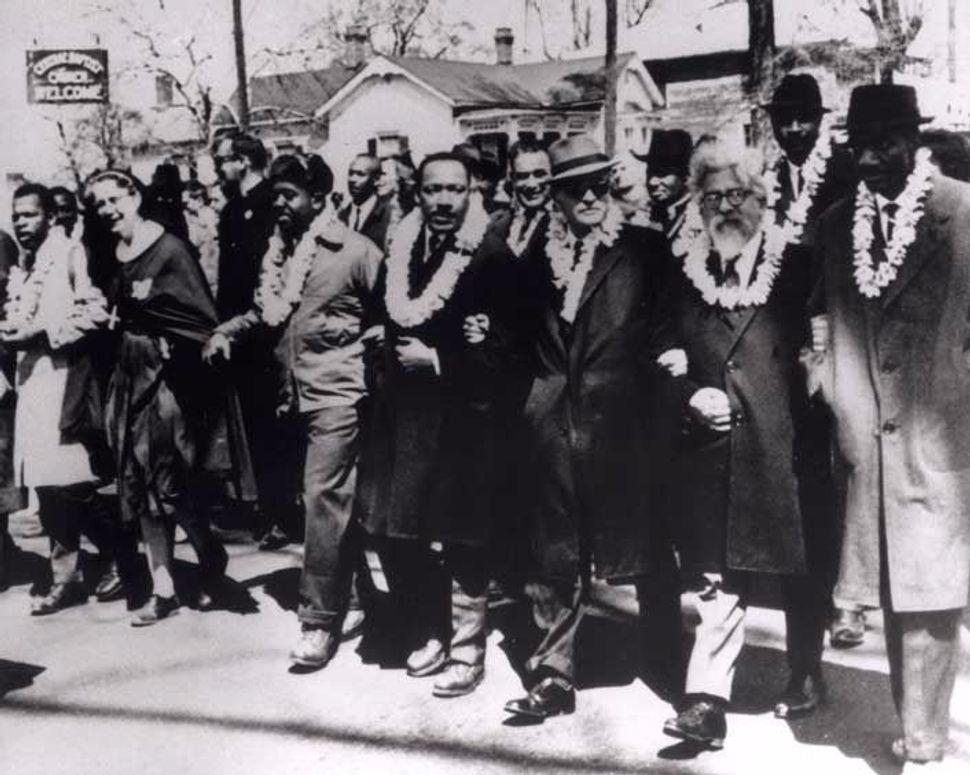 I cannot bear the word “deportation.”

My father, Rabbi Abraham Joshua Heschel, was living in Frankfurt, Germany, in October 1938 in a rented room from a Jewish family in the leafy suburb of Eschersheim. My father was born and raised in Warsaw, Poland, the child of great Hasidic rebbes, and had gone in 1927 to study in Berlin, which he viewed as the cultural and intellectual capital of the universe at that time. He finished his doctorate just weeks after Hitler came to power, and tried to find a position outside the Nazi Reich, to no avail. Martin Buber, who left for Palestine, asked my father to come to Frankfurt in 1937 to replace him as director of the Jüdisches Lehrhaus, the adult Jewish education center.

In March 1938, Poland passed a law withdrawing the citizenship of Poles who had been living outside the country for five or more years. Around 30,000 Poles were then living in Germany, and 20,000 in Austria, which had just been annexed to the Nazi Reich. Among them were many Polish Jews, some of whom had come, like my father, to study at the German universities and had become scholars and professors, doctors and lawyers, rabbis and teachers, students and workers.

Not wanting stateless Poles living in the Reich, the Nazis arrested and deported the Polish Jews in late October 1938. My father was arrested in the middle of the night, on October 28, 1938. He was given an hour to pack his things; he quickly gathered his manuscripts and a few books. He was held in a cell at a police station overnight. Then he was deported on an overcrowded train and dumped in a no man’s land on the border between Germany and Poland. The conditions were dreadful; he shuddered when he told me about them.

I grew up hearing with horror the word “deportation.” All the adults around me had lost family; everyone was a refugee or a survivor. What we needed more than anything was to know with certainty that this would never happen again.

Abraham Joshua Heschel, my father, was a “Dreamer.” After a year in Poland and just weeks before the war started, he was plucked as a brand from the fire, brought to America by Julian Morgenstern, president of Hebrew Union College-Jewish Institute of Religion. My father was grateful every day of his life for the United States, and he spent the rest of his life trying to make this a better country. He marched for voting rights, demanded freedom for Soviet Jews, spoke movingly about the importance of Israel, cultivated our piety and awareness of God’s presence, and worked to improve relations between Jews and Christians. Most of all, he gave his heart to making his fellow Jews realize the sanctity of human life and the importance of standing up for the great principles of Judaism.

Today’s 800,000 “Dreamers” in the United States are young people brought as babies and little children to this country by parents who entered illegally. They are now young adults, students and workers, making their contributions to this country.

Are we now going to deport them, punish them for having had American childhoods? Whatever the sins of the parents, their children should never be punished: This is forbidden under Jewish law, and it is inhumane.

I am sickened when I think of the many human beings whose lives may be destroyed by this insane, vulgar, inhuman ruling against the Dreamers in our midst. Such cruelty for no reason.

There is a spiritual sickness abroad in this land, a wild, inchoate lust for vengeance that has no motivation, no goal, no purpose; it is destructive of our souls, and I fear we will not recover our moral compass very easily.

Raise your voices, Jews! We who have known expulsion and deportation, we who have screamed in rage about the torments of our own history! We must rise up and insist that the revocation of DACA cannot be permitted and the immigration rulings of the past months must be repealed. We must open our hearts and the doors of our country to refugees.

Who among them will be our next Abraham Joshua Heschel?

Susannah Heschel is the Eli Black Professor of Jewish Studies at Dartmouth College.

My Father, Rabbi Abraham Joshua Heschel, Was A Dreamer, Too