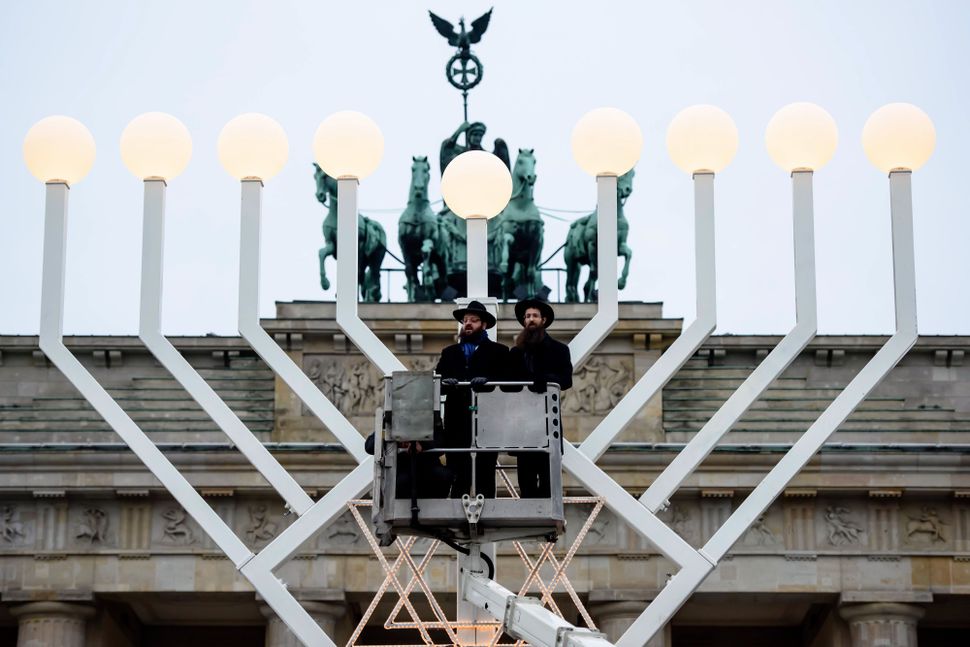 That Jews outside Germany relate to Germany primarily through the Holocaust is grating at times. As exceptional and devastating as that period was — and as much as it continues to shape the Jewish present and future — there is more to Germany than the Holocaust.

This is true in terms extending beyond things Jewish, of course. Contemporary Germany is just like any other country, and indeed many would consider it among the most stable and successful in the world.

Even for Jews living in Germany today, there is more to Germany than the Holocaust. We are not ignorant of the past, of course. Still, we are not governed by it. My vibrant Orthodox community in Berlin is infused not with Holocaust remembrance but with Torah.

I recognize this often baffles Jews outside Germany. The author of a recent article about my community in Ami Magazine clearly felt obligated to address the conundrum right off the bat. “Berlin? Why Berlin?” were the very first words of the article.

As a relative newcomer to Germany, it never escaped me that my commute home is on a train line that begins in Wannsee, where German officials infamously met to decide on the Final Solution in 1942, and ends in Oranienburg, the station that once served the Sachsenhausen concentration camp. I was all the more aware of that as I boarded a crowded train car this evening. Tonight is the 79th anniversary of what most Jews know as Kristallnacht. (Germans generally refer to it using the more politically correct terms “Reichspogromnacht” or “Novemberpogrom.”)

But the morbid symbolism of my commute was counteracted, and perhaps even overcome, by another. When I boarded the train, I did so not in Wannsee but at the station closest to my Free University of Berlin office. And I disembarked not in Oranienburg but at the station closest to my home in East Berlin. That station, Bornholmer Straße, lies directly on the border between East and West Berlin and thus was shuttered when the Berlin Wall divided the city in 1961.

As it happens, tonight marks the anniversary not only of Reichspogromnacht/Kristallnacht but also of another fateful day in German history. It was on November 9, 1989 that an East German official fumbled an announcement about easing restrictions on travel to West Berlin. Expectant crowds began to gather at border crossings into the night. It was at the Bornholmer Straße border crossing directly adjacent to the train station where overwhelmed border guards first opened the gates. It was there, just outside the train station, that the Berlin Wall fell.

Jewish life in Berlin today is not merely an anguished Holocaust story. That painful history is but one layer. The Jewish population in Germany today, which is comprised mostly of Jews from the former Soviet Union, not “Yekkim” (Jews of German descent), lives in the present. With flourishing and growing Jewish communities, our present is remarkably free.