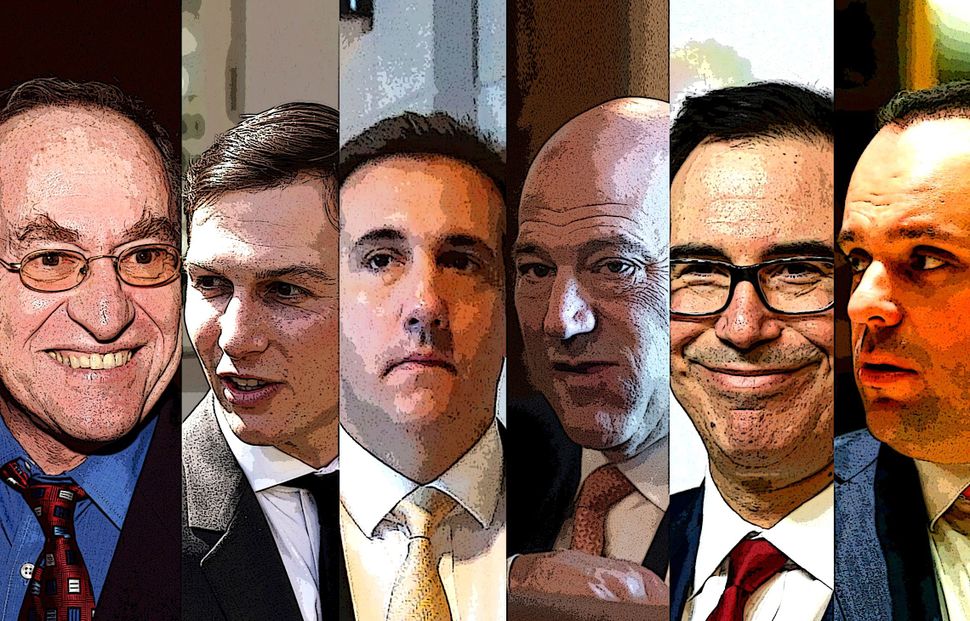 My first job in journalism was at the Jewish Telegraphic Agency, a venerable, century-old newswire which provides coverage to Jewish papers around the world. As a jack-of-all trades intern, one of my jobs was to monitor our web traffic. To my surprise, I found that one of our top referrers was frequently Stormfront.org, a neo-Nazi website.

Then it made sense: our job was to track every Jewish newsmaker, for good or ill, and write it up. And in a way, so was theirs. Anti-Semites are obsessed with Jewish behavior, and so are Jews: We take pride in those who excel, certainly, but our history has demanded alertness to those who might provoke backlash. To an extent, we have always sought to hush and hide our transgressors. Before the phrase “bad for the Jews” came into currency, the Yiddish phrase a shanda fur di goyim –- a scandal in the eyes of Gentiles -– illustrated the plight of a minority community working to show itself in the best light before punitive external scrutiny.

Lately, we’ve been inundated with stories about high-profile Jews behaving badly. Take Michael Cohen, for instance, Trump’s lawyer and fixer whose evocative name dates back to the Jewish Biblical priesthood. Cohen allegedly paid porn star Stormy Daniels $130,000 to stay mum about her affair with the president. But last week, the FBI raided his office for evidence, a breach of attorney-client privilege that generally only happens in cases when a lawyer is strongly suspected of furthering crime or fraud. Then lawyers for the Southern District of New York determined that Cohen was doing “little to no legal work” –- not even much of a lawyer!

Cohen is what you might call a high-profile shanda. But he was not the only one to shame his people last week. He was joined by other high-profile shandas Eric Greitens and Elliott Broidy. Greitens, the governor of Missouri, is accused of a lurid and grotesque assault on a woman. And Broidy, who stepped down from his role on the finance committee of the Republican National Committee, stands accused of paying $1.6 million in hush money to a Playboy Playmate who had an abortion.

His journey from prominent member of the Republican Party to newsmaker prominent for his member was brief and disgraceful.

Reading the news, I and many other Jews experienced a cringing sense of shame. The shame doesn’t come from the certainty that the neo-Nazis are sharing the news. It comes rather from the feeling of being seen by decent folk as of the same tribe as these men. Although I am not an elected official of any kind, being a member of a minority group, particularly one necessarily sensitive about its own reputation, means feeling a sense of possessiveness over fellow members of the tribe, even, and perhaps especially, those who err in public.

I cannot be the only Jew who said a private prayer of thanks that Greitens’ name isn’t “Schwartz.” (It could be German! It doesn’t have a “stein.” Baruch Hashem. Maybe no one will notice. Maybe no one will pin this awful thing on us.) Part of being a “model minority” is the sense of being publicly watched.

It’s a feeling that the Trump era has brought on in spades. Trump has a tendency to surround himself with badly behaved Jews. Trump’s Jews hew uncomfortably close to ugly stereotypes, from Cohen to Broidy to Trump’s son-in-law Jared Kushner, with his slumlord deals and increasingly shady international reputation. Then there’s financiers like Gary Cohn and Steven Mnuchin, the latter of whom was memorably photographed holding a sheet of money, a visual shanda to all who care about income inequality in this country. Recently, pursuant to Cohen’s fall from grace, Alan Dershowitz is providing legal advice to the president, in between his eloquent screeds in defense of Trump on Fox News.

Everyone seems to be breathless about a constitutional crisis, the wreck at the top, the center ceasing to hold. It feels awful to know that there are Jews, too, working to pry things apart.

It’s also scary. As my father used to tell me, “Remember –- you’re just a guest in America.” The stories of my grandmother’s neighbors in prewar Poland, who happily studied with her in her Polish school and then spat on her when the anti-Jewish laws arrived, were a vivid part of my heritage.

Ron Kampeas, a former colleague of mine at JTA and a veteran Jewish-affairs reporter from Washington, explained to me recently that he feels a certain “queasiness” about covering Jews who make public scandals who aren’t obviously Jewish: the Scooter Libbys (yes, he’s Jewish too, a gantze shanda) and Harvey Weinsteins of the world. “You don’t know when, if you cover them, if you’re giving anti-Semites fodder,” he told me.

But I think it plays into a sense of being here in America on sufferance, and a concomitant sense that one must monitor one’s behavior, lest the collective of Jewry be blamed for the actions of the guilty few. After all, it’s only been a few decades that we’ve enjoyed such success. And wasn’t there a Golden Age for Jews in medieval Spain -– just before the expulsion?

I hope that history doesn’t repeat itself, and that eventually Jews reach a point at which we can expunge these historical neuroses. But with George Soros conspiracies on the airwaves at Fox News, with multiple open neo-Nazi candidates for office in 2018, that doesn’t seem likely.

Perhaps the best way to deal with our shandas is not to hide them, but to decry them, to use our collective voice and take a stand for values that transcend a fear of chastening. There is, after all, another, even older term that applies: herem -– expulsion from the fold.