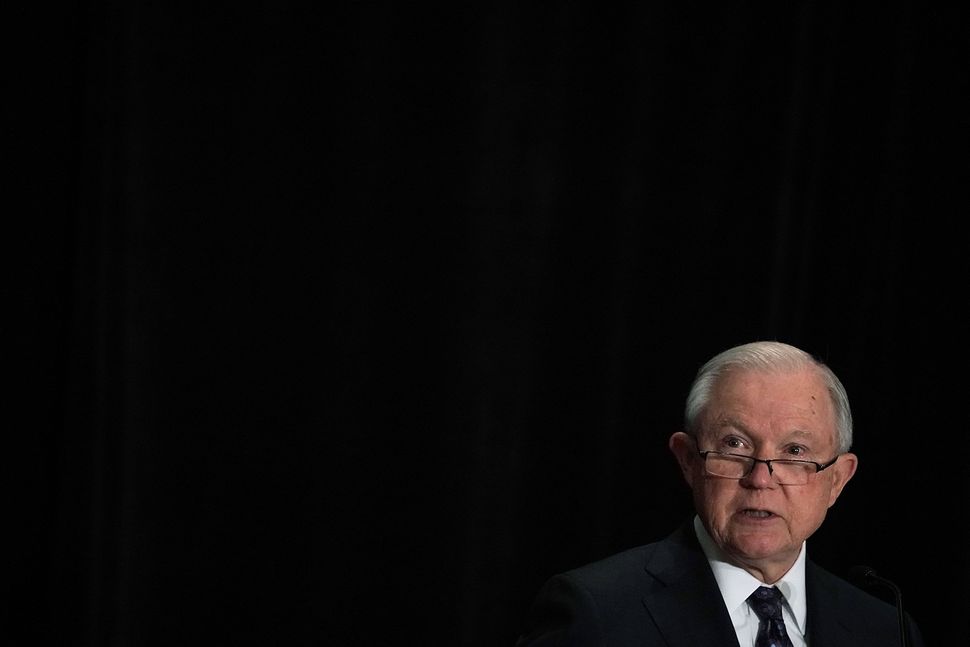 Yesterday, Attorney General Jeff Sessions and White House Press Secretary Sarah Huckabee Sanders defended the current administration’s policy of separating immigrant families at the border as “Biblical.” Sessions referred specifically to Romans 13 in the New Testament, but Sanders later claimed that it is “very biblical to enforce the law,” and that this “is actually repeated a number of times throughout the Bible.”

Certainly, there is a strong case to be made that this policy is not Biblical at all, that that’s not what the New Testament intended, and many have noted that the Bible — the Torah, more specifically — actually commands us to treat the “stranger who resides with [us] as one of [our] citizens,” and to “not wrong him.”

But I have noticed that there are actually some striking comparisons to an important Biblical story in Sessions’ policy that merit some unpacking.

Towards the end of the Book of Genesis, Jacob the patriarch’s son, Joseph, has found himself in Egypt shortly before a great famine in the region arrives. Sure enough, his brothers eventually make their way from Canaan to Egypt in search of food, for the situation at home was putting them in mortal danger. Jacob’s sons, like so many fleeing violence or poverty in their home countries today, arrived to a new country, with a new language and second-class status because the alternative, staying home, was so much grimmer.

And sure enough, not long after the Israelites became the subject of anxiety. In the first chapter of Exodus, Pharoah looks at the “foreign” people who have come to his land and begins to be concerned about the impact of shifting demographics on his sovereignty. “And [Pharoah] said to his people, “Look, the Israelites are too numerous for us. Let us deal shrewdly with them, so that they may not increase; otherwise in the event of war they may join our enemies & fight us and rise from the ground.”

Yesterday, an Arizona state representative called immigration an “existential threat to the United States” and asserted that “there aren’t enough white kids to go around” in the public school system. He may have been condemned for doing so, but in many ways he is simply naming what is implied in many ways with regards to the demographic challenges and bets the GOP has been making for many years.

Back in Exodus, Pharoah begins to subject the Israelites to harsh treatment, and then realizes that the best way to control this population is to control its children. And most notably understands that controlling the children of these people is the way to succeed at subjugating them completely.

To be sure, his intent was genocidal; though the current situation in the United States has not reached that level of atrocity, the policy of separating families at the border — including ripping a nursing baby from her mother’s breast — and incarcerating children in detention facilities and, it seems, in tent camps, is nonetheless a level of evil beyond the banal.

And one could imagine immigrant parents following in the footsteps of Moses’ mother Yocheved — going to great lengths to hide their children from ICE, or even tearfully trying to find them a new home, anything to keep them safe.

We applaud the bravery of those who stood up to cruelty and inhumanity, like the midwives Shifra and Puah. Rather than obeying Pharoah’s brutal command, they resisted, choosing to use their position and influence to save children; the Torah records their subversion of the dominant power as praiseworthy and God-fearing.

Sessions’ policy is Biblical, all right. But he stands, like Pharaoh, oppressing a vulnerable people in direct opposition to the values of compassion, humanity, and the understanding that all human beings are created in God’s image. Pharaoh hardened his own heart many, many times against the Israelites, but we know how that story went, and whose side the Biblical tale took. The Bible stands on the side of liberation, of families together, of wholeness and freedom.

The reason we are commanded to care for the stranger 36 times in the Torah — more than any other commandment — is because of the constant refrain, “for you were strangers in Egypt.”

We need, today, to fight back against the modern-day Pharoah and to embody the bravery of Shifra and Puah, to stand up for those who are being harmed. That is our Biblical mandate.