Stop me if you’ve heard this one before: An El Al flight was delayed and ultimately diverted because “Right Wing Ultra-Orthodox Passengers” forced others to acquiesce to their outlandish religious requests.

In the most recent example, a November 15 flight from New York to Tel Aviv was so delayed that many passengers were worried they would not arrive before Shabbat. The plane eventually took off but, because El Al does not fly on Shabbat, it was diverted to Athens where some 150 Shabbat-observing passengers spent the holy day while the rest were ferried to Tel Aviv on IsraAir leased planes.

During Shabbat, El Al put out a statement blaming violent passengers for the delay, accusing them of attacking flight attendants and banging on the cockpit door. One or two non-religious people on the flight posted angrily on social media about violent Haredi passengers. El Al said the airline would press charges against those passengers.

With that, we were off to the races. Israeli media eagerly jumped on it. They knew this story. Petulant, ignorant, old-world dwelling Haredim stopping normal people from flying in peace. Before the Orthodox passengers could even turn on their phones after Shabbat, the Drudge Report and others had picked up the story. Aviation and travel blogs were screaming about “violent religious Jews.”

The trouble is, none of what El Al said originally seems to be true.

From the crew arriving late and misrepresenting their take-off intentions to the passengers, to poor information on the flight, to El Al’s inflammatory and inaccurate statement during Shabbat, Israel’s national airline has, at best, committed a series of grievous management errors. By far the worst of these was to try and cover up their errors by blaming the ultra-Orthodox.

The international air authorities must look at appropriate censure or punishment for the flight taking off without notifying the passengers. And El Al must conduct an internal review both about the poor communication between passengers and crew regarding the intended destination and about the airline’s inability to provide sufficient meals and lodging on Shabbat so that it had to rely on the good offices of the Athens Chabad.

But those poor decisions were made quickly and under pressure. El Al’s Shabbat statement falsely accusing a religious minority of causing the trouble was made without any such pressure. Instead of owning up to its failures, El Al chose to drive in a wedge between factions of the passenger group and, by playing on unfortunate prejudices, exacerbated existing tensions. One Israeli TV channel even doctored a video, replacing the audio of passengers cheerfully singing Shabbat songs with sounds of screaming and protest.

If United Airlines, for the sake of argument, had released a false statement blaming religious Muslims for violence on a plane, the Israeli media and progressive Jews would be up in arms crying Islamophobia, bigotry and racism. And rightly so! How is this media strategy to deflect blame onto a religious minority not a dangerous form of race baiting?

El Al has since acknowledged that there was no violence and the TV channel has since apologized and called the incident a mistake. El Al has further offered to provide for inconvenienced travelers free return tickets to any European destination.

What El Al has not yet done is to apologize, in its role as airline for the Jewish state, for falsely blaming a religiously identifiable group of Jews for causing trouble. Nor is this the first time that the airline has used this tactic. Back in June, passengers blamed a lengthy delay on Orthodox male passengers refusing to be seated next to women. El Al responded swiftly, with the CEO saying any such passenger would quickly be removed from future flights. It was only days later, after one passenger challenged the narrative, El Al admitted that the delay had occurred pre-boarding, and the seating shenanigans took, at most, five minutes to sort out.

Some Haredim have said we should be thankful to El Al, after all, no other airline would accommodate Shabbat-observant passengers. But on the very same night as that El Al flight, United Airlines returned a plane to its New York gate and canceled its flight to Tel Aviv knowing it wouldn’t make it in time for Shabbat and religious passengers asked to deplane. (By U.S. law, international passengers are allowed to deplane after being delayed on the tarmac for more than four hours.)

Until it apologizes and mends its ways, shame on El Al. And shame on the media that spreads the lazy, divisive story. El Al, when you come to the Orthodox community and say, “Hey, we keep Shabbat! We keep Kosher!” know that we also hear “We lie to you and we lie about you.”

Know also that other airlines are showing that they care about our customs. So, El Al, you need to hear this from us: “We have a choice.”

Leibel Baumgarten is a freelance copywriter living in Brooklyn, NY, with his wife and two children. 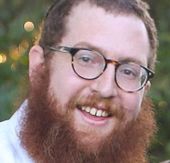 El Al Should Apologize For Smearing The Orthodox