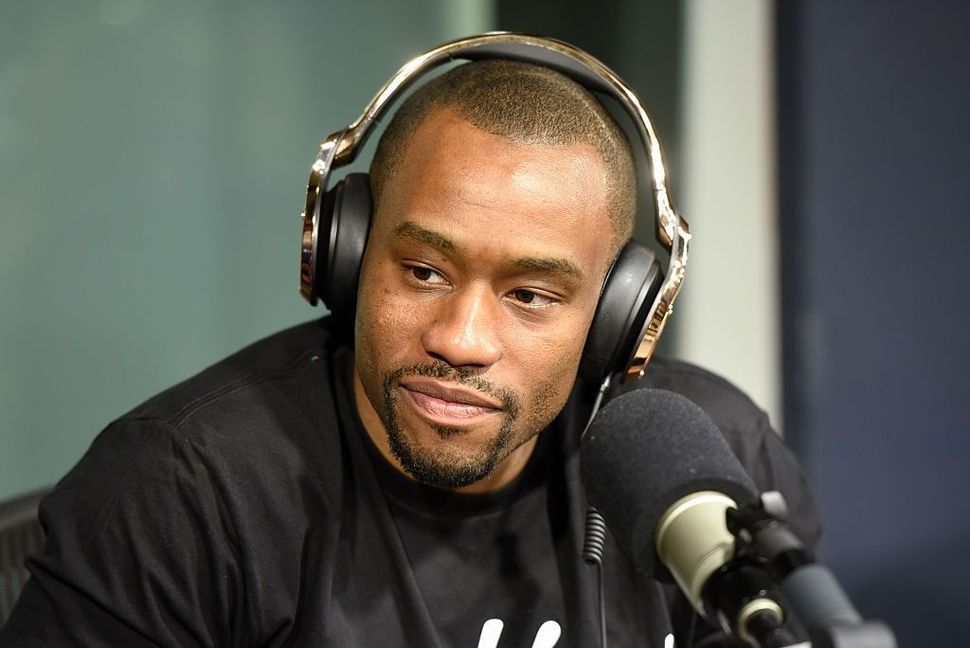 On Wednesday, Marc Lamont Hill, then a CNN contributor and professor at Temple University, came under fire for a speech he gave at the United Nations to mark the International Day of Solidarity with the Palestinian People.

The impassioned speech was existentially critical of Israel, and Hill stated that “we have an opportunity to not just offer solidarity in words but to commit to political action, grassroots action, local action, and international action that will give us what justice requires and that is a free Palestine from the river to the sea.”

And as much as it may offend us Zionist Jews, not wanting the state of Israel to exist because its creation included dispossession and violence is arguably not anti-Semitic.

It’s also vitally important that Hill’s speech or subsequent Twitter comments are not used to excuse anti-blackness. No, Hill is not “just like Farrakhan,” an actual anti-Semite, homophobe, misogynist and transphobe. And no, Hill’s comments aren’t evidence that black people are all anti-Semites.

Hill is one person who stated an opinion many of us find unsavory. Just as I don’t speak for every black person, neither does Hill.

Palestine is ours, from the river to the sea and from the south to the north. There will be no concession on an inch of the land…We don’t fight Jews because they are Jews. We fight the Zionists because they are conquerors and we will continue to fight anyone who takes our land and our holy places.

For now, let’s give Hill the benefit of the doubt. Hill didn’t notice the similarity to the rhetoric of Hamas and he meant nothing sinister by his use of the words.

However, words have power. The fact that Hill used the rhetoric of groups that are violently anti-Semitic is a real problem, and the fact that he seems to advocate violent resistance against Israel should give pause to every supporter of a peaceful outcome to the conflict.

When certain segments of the Twitterverse pointed out that Hill’s use of a favorite slogan of Hamas could be read as an anti-Semitic call for Israeli genocide, Hill tweeted, “This is silly. And inaccurate. ‘River to the sea’ is a phrase that precedes Hamas by more than 50 years. It also has a variety of meanings.”

On November 29, after an extended Twitter campaign calling Hill anti-Semitic led by the conservative journalist Seth Mandel, Hill added a clarification of his position:

I support Palestinian freedom. I support Palestinian self-determination. I am deeply critical of Israeli policy and practice. I do not support anti-Semitism, killing Jewish people, or any of the other things attributed to my speech. I have spent my life fighting these things.

But Hill’s rhetoric was not as free from the stain of anti-Semitism as he and his supporters claimed.

Hill stated in his United Nations speech, “We must advocate and promote nonviolence at every opportunity, but we cannot endorse a narrow politics of respectability that shames Palestinians for resisting, for refusing to do nothing in the face of state violence and ethnic cleansing.”

By separating and stating his support for both “non-violence” and “resisting,” Hill implies that these two terms are mutually exclusive: Resistance is violent, and we shouldn’t let our respectability politics cause us to pass judgement.

In the West Bank and Gaza, Israel holds the vast majority of the power necessary to change facts on the ground. But that doesn’t mean it is justifiable for Palestinians to engage in violent acts targeting civilians.

Attacking Israeli civilians for the actions of their government, or for the existence of their state, is simply wrong. It is terrorism.

This resistance is a common tactic of Hamas and militants in the West Bank: Terror attacks occur with some regularity, and victims are sought out solely for the fact that they are Jewish or Israeli.

It’s easy to claim that all resistance is noble and that it’s wrong for people in the West to police the methods of Palestinian resistance. But Israelis pay for this resistance with their lives. When a Hamas operative kills an Israeli civilian and then claims it as a “successful operation,” an innocent person still dies and peace is one step further away.

We can say that the human cost is greater on the Palestinian side — that more Palestinians are hurt or killed by Israeli actions than vice versa. But that doesn’t excuse championing resistance methods that lead to more civilian deaths.

The vital, necessary movement for Palestinian liberation and dignity for which Hill undoubtedly fights does not need to be anti-Semitic. As a matter of fact, it is hurt, and it is weakened, when its proponents traffic in anti-Semitism.

How can we have pro-Palestinian movements, even anti-Zionist ones, which still manage to stay far away from anti-Semitism and show that Jews are valid and welcome in this activism?

Respect and understand the right of Jews to live in this region. Whether you call it Israel or Palestine, or some combination of the two, you must recognize that Jewish culture and peoplehood stem from this land, and we’ve been living there in some capacity continuously for thousands of years.

No matter what political arrangement is up for discussion, it is imperative that those advocating for Palestinian rights understand that Jews should be full and equal citizens, too.

There are plenty of places for disagreement, But here are three quick steps for Palestinian activists to avoid unhelpful disputation:

On Thursday afternoon, CNN severed ties with Marc Lamont Hill. They didn’t state a reason, but it’s clear that his controversial remarks were the impetus.

I don’t think Marc Lamont Hill hates Jews. I know that he’s working to fight for his idea of justice in Israel-Palestine. But I do think that he has an incredibly large blindspot towards Jews. And if he can’t understand why Jews — both his allies and political adversaries — are offended by his words, we’ve got a bigger problem.

Bentley Addison is a sophomore studying sociology and cognitive science at Johns Hopkins University. Follow him on Twitter, @ashkenegro