Fauda is our reality. We tried to tell you – but you called us anti-Semites. 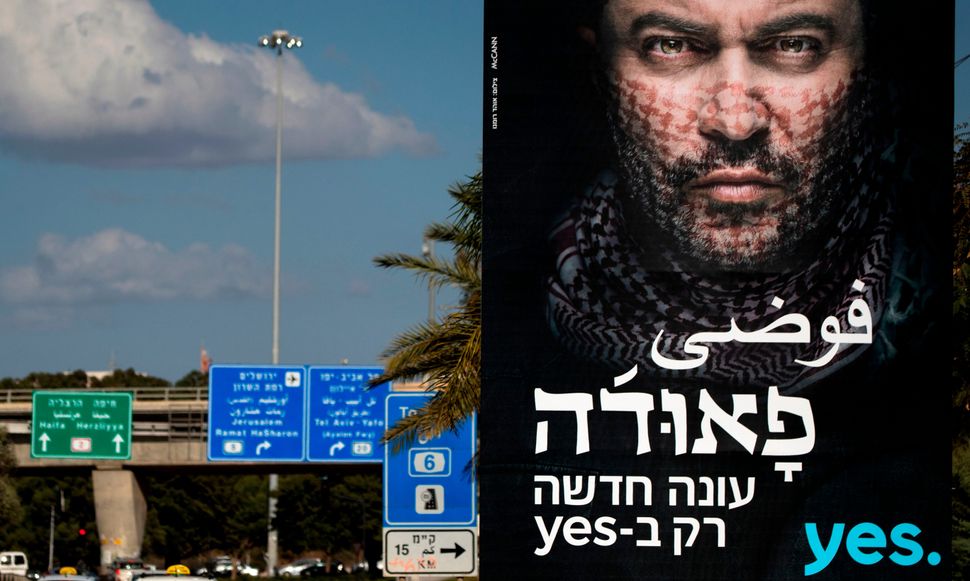 We used to tell you that Israelis were hiding among us, learning our habits, speaking our language, insinuating themselves into our lives so they could watch our every move.

You called us anti-Semites. Now you love Fauda.

The series, the third season of which recently went live on Netflix, is all about mista’arvim, Israeli intelligence operatives who dress up as Arabs. Those infiltrators of our nightmares are now heroes on Netflix, characters romanticized and beloved by the same people who never believed us, who silenced us for broaching the subject.

But it’s just fiction, you say.

It’s fiction to you.

Siti, my grandmother, bought me new underwear. They were huge.

I was in fourth grade and visiting Palestine from Georgia where my parents had moved. In the summers, they sent me to Shufat in East Jerusalem, as they would keep doing until I got older, to live with my Siti.

The underwear was purchased when I was due to fly back to the USA. The extended family wanted to send letters to my parents and the rest of the family in the USA. I was to carry the letters in the pocket that my grandmother would sew in the front panel of the huge underwear.

My grandmother was so proud she had found such a huge underwear that would fit me. The pack had a few pairs. Siti and my great-grandmother sat down and made a secret panel from one of the pairs, and attached it to a second pair. Neither Siti nor my great-grandmother could read or write, but they could measure and sew with the precision of machines.

My grandmother was always up before dawn doing chores inside and outside the house. She would milk the goats for fresh milk, gather fresh eggs from the hen, bake bread, then drench the fresh baked bread she had made in olive oil and zaatar. Mealtimes were a simple cover thrown on the floor. The family would eat bread the on their knees (for me, the American granddaughter, utensils were procured).

I loved my Siti. Her simplicity would be Palestine for me.

And now, she had a mission for me. Of course, fourth grade me, clad in a Toys R Us light saber sword and barbie shoes, said yes.

Palestinians have never had a postal system. Even today, there is no organized postal service. There are companies in the West Bank and Gaza Strip with offices where you can pick up letters and packages. If you happen to live in the nicer areas, maybe some mail will be delivered to your home. But there isn’t any certainty about mail delivery.

But that wasn’t the only reason Siti was sending letters in my underwear. She was certain her mail was opened by the Israeli authorities; when we received European-style envelopes, the seals were already be broken.

Hence the underwear letters. My mission was clear: As I went through security at the airport and I was drilled in the usual way, I was never to disclose what was in my underwear.

Traveling to visit Siti and then traveling home, the airport was a place of nightmares. Searches could last for hours. Every article of clothing was taken out of my suitcase, including toys like my battery operated baby doll, confiscated and sent back to me later with its talking mechanisms diffused because security has checked the doll’s wiring for a bomb.

This time though, I made it through the search without having to strip after they patted me down. My grandmothers had sewn me a thobe, and I was wearing it along with shorts and two pairs of underwear – one for letters, one for me. The thobe had caught the fancy of my assigned security detail. He asked me about it and who made it. In my North Georgia-inflected English, I answered him. I was very polite.

The letters made it through. My parents read theirs, and sent off the slew of others to other relatives in the land of the free, home of the brave.

It’s not just letters that have to be hidden. My other grandmother learned how to read after her sons married. She would show me the fabric she had hidden, solid colored materials of white, green, red and black, the colors of our flag.

Like Siti, she could sew masterfully. She had an American Singer sewing machine my grandfather had brought back from the USA. Before he died, her only son who never married had her learn how to sew the flag so he could fly it during processions. She kept the skills for the younger sons and grandkids. They would fly the perfectly measured and proportional flags she proudly sewed during intifadas to fly over the heads of soldiers.

The many searches of her home would never uncover the hidden store of fabric, or even the sewing machine. Siti knew how to hide things in plain sight. The machine flipped over and became a set table, and the fabric was in the merchaz, the stack of high-quality cotton and wool comforters she proudly had in the hollowed-out wall space, next to the corner where the radio was proudly displayed. The radio relayed programs I did not understand yet, from separated families in Lebanon, Syria, and Jordan, people who would never see their family members again but could send messages through weekly programs.

Some things we managed to hide. Others we didn’t. Sometimes we managed to get mail, to keep our things, to have our events. Other times they would get shut down. The constant was the surveillance — surveillance everyone told us didn’t exist. Undercover agents everyone denied. Traitors and collaborators hidden in plain sight that would get you called anti-Semitic if you discussed openly.

The show’s cast of characters infiltrate Palestinian communities, living as close friends, only to betray Palestinians time and again. It capitalizes on Palestinian misery and romanticizes the monsters of our nightmares and disappearances.

In a small way, I guess it’s good that now you know. But the truth is, it’s almost unbearable to see this show get plaudits when we were not believed, when we were silenced, when we were called racist for pointing this out for decades.

When we would try to report the mustarav before Fauda fame, we were told we were anti-Semitic and racist because Jews don’t do what we described: They do not go undercover into communities, learn our habits, our language, rile up our friends and family, entice them to acts of terror to gather intelligence about the most intimate details of our lives.

You probably also didn’t know much about collaborators, people coerced in different ways to help the Israeli security forces police us. A Palestinian collaborator may need a job, or money or — worse — the Shabak might have information on their personal life, details they don’t want disclosed that will be used to blackmail them if they don’t play along. Sexual assault victims and members of the LGBTQ community are the most vulnerable and targeted.

And maybe you didn’t know about the searches, that they sit outside your house and wait until everyone is home, and then come in with their guns and turn the house into a dump. They come into a ritually pure house with a dog. They rip our mattresses up and read our books and literature, looking for whatever incriminating evidence of resistance they can find.

And the phone taps that you used to call us paranoid for being afraid of! Now you know why Palestinians have a phobia about using the Israeli phone service Bezeq. We always knew we couldn’t have private conversations on those phone lines.

So in a way, it’s good you know. But it’s also infuriating. You could have just believed us. Instead, you’re now enjoying a show that’s sensationalist entertainment capitalizing on the chaos of subjugating another people.

As you listen to the writers and actors give interviews about their creative process, I want you to think of the revolving door of captivity — lives shattered and lost, the administrative detention, the political prisoners and incarcerated children, the sex crimes that go unreported so that the victims are not targeted, their details fodder for blackmail.

Fauda is fiction. But it’s only fiction for you. Next time, believe us.

Kefah Abukhdeir is a Palestinian-American living in Jerusalem. She co-directs and teaches EduReach a local Palestinian educational and learning organization.

Fauda is our reality. We tried to tell you – but you called us anti-Semites.