Stop telling us we don’t have a right to criticize Israel. Zionism is about us, too. 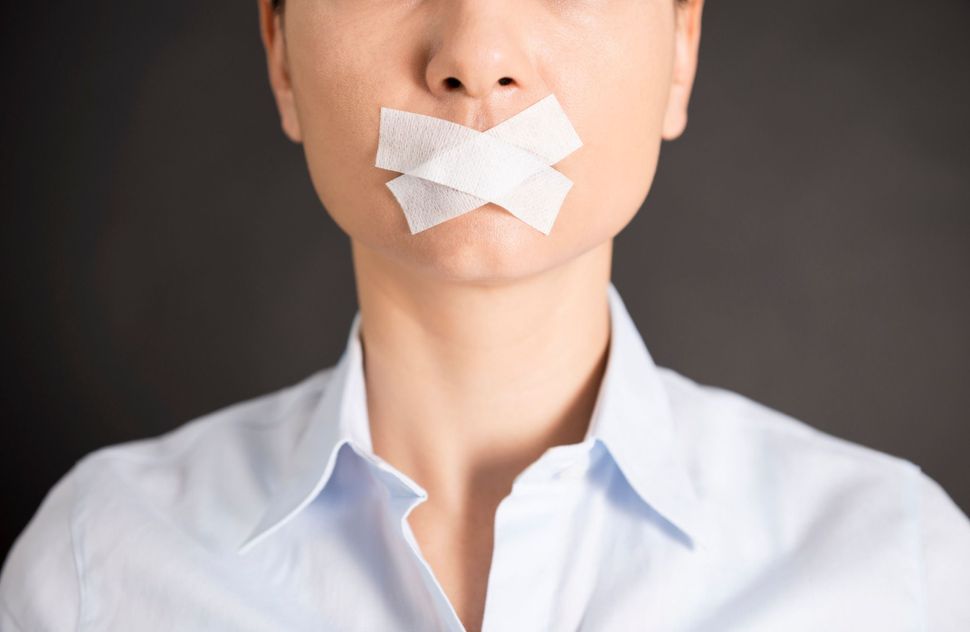 Whether or not it is appropriate for diaspora Jewry to speak out on Israeli policy has been the focal point of much debate within the pro-Israel American-Jewish community for decades, even when it comes to people like me who are Israeli citizens. It’s something I encounter a lot at my job at Israel Policy Forum, where we promote a viable two-state solution. Every week, I receive emails calling out our right to have opinions about Israel: “You armchair Zionists have no right to critique the policies of the democratically elected government of Israel from far-off America, while Israelis have rockets raining down on them in the Gaza envelope.”

But I am not alone among diaspora Jews — especially young diaspora Jews, whose right to hold opinions about Israel is constantly questioned by those on the right.

This has been particularly true in recent years, as Israel has moved further away from the two-state solution, which American Jews by and large support and view as an urgent goal. Some of Israel’s leaders have also embraced increasingly authoritarian and illiberal leaders and politics. This has put much of the diaspora community at odds with recent Likud government policy and the Trump Administration, especially as they both approach the possibility of unilateral West Bank annexation.

It’s led to more criticism from diaspora Jews — but also, more suspicion around that criticism.

But these silencing attempts are misguided. As diaspora Jews, ensuring a safe and secure Israel is in fact “our business.” It directly impacts our lives; I am one of the many American Jews who believes that no matter where we live, we are safer because of the existence of a Jewish state. That state, and its destiny, are not separate from us, not someone else’s responsibility or mandate.

Indeed, it is silence surrounding policies that we know to endanger the future of the Jewish homeland that would amount to the abandonment of our Israeli brothers and sisters. Both the diaspora and Israel have much to lose if this happens.

Of course, there’s a difference between domestic issues that impact the daily lives of Israelis and policy options that alter the basic fabric of Israeli society and its ability to remain a Jewish state. It would perhaps be inappropriate for us to weigh in on domestic issues. But the impact of something like unilateral annexation will reverberate for generations through the geopolitical reality it creates, by eliminating the possibility of Israel separating from the Palestinians and instead creating a de facto one-state reality.

This makes it our business. We not only have a right but arguably an obligation to speak out, lest future generations of Jews accuse us of abandoning the Zionist dream and betraying our ancestors’ millennia-long yearning for a homeland.

Zionism demands a Jewish state not just for its current inhabitants but for all Jews, wherever they reside, hence why the law of return is non-negotiable for Zionists like myself, whose grandparents were quick to employ it.

Despite this widely accepted definition of Zionism, I often encounter young Jews who are hesitant to make their opposition to current Israeli policies known, despite having accumulated much “Zionist credibility” through their years of Israel activism. They worry they will be accused of anti-Zionism and of turning their backs on the Jewish state, particularly when it comes to criticizing policies perceived as national security interests for Israel.

These young Zionists are told by their parents, educators, and Israeli peers that since they were not raised under rocket fire, never served in the IDF, nor lost a close friend to a terror attack, that their opinion is not valuable.

To be sure, there are many individuals, including some prominent figures, who would be careless with Israel’s security. I think of those who view Israel as the Goliath that is worthy of destruction due to its decades-long occupation, and those who are not invested in seeing it flourish. But I am not speaking to or about these people. I am speaking of young diaspora Jews who, like myself, connect deeply to Israel and Zionism, and wouldn’t dare support a policy if they believed it could harm the country.

In my role as the deputy director of IPF Atid, a young professionals program that empowers young American Jews to be forthright in both their Zionism and their commitment to Israel’s security, I urge them to make their voices heard.

Diaspora Jews have stood by Israel at every crucial moment in its history: during the wars of 1948, 1967, and 1973, during threats from the Northern front and Hezbollah, and in ongoing campaigns against terror groups in the West Bank and the Gaza Strip. Today, an overwhelming majority of the retired security establishment warn us of serious consequences if annexation proceeds: of the diplomatic costs, the security threats, the impending regional instability, and the deep economic impact that annexation can have.

Yet we are at risk of turning a blind eye to them and instead trusting political entities with highly-politicized ulterior motives over the combined experience and expertise of Israel’s most decorated generals who put their lives on the line to fight time and again for our victory.

If the American Jewish community wants to take Israel’s security apparatus at its word, as I have, and oppose annexation loudly due to the enormous risks that they anticipate it will bring, then we have an obligation to do so.

It is well past time for Jewish organizations and leaders to dismantle the baseless talking point that it is not our role to question the status quo in Israel. This idea serves only to stifle an important discourse and allow the continuation of dangerous policies.

Israel is our business, too.

Shanie Reichman is IPF Atid Deputy Director at Israel Policy Forum, based in NYC. Previously, Shanie interned for the human rights team at the Permanent Mission of Israel to the UN and at Hillel International’s Office of Innovation. She also serves on the board of the Center for Ethnic, Racial, and Religious Understanding and is a proud member of the Nash Didan community.

Stop telling us we don’t have a right to criticize Israel. Zionism is about us, too.